Campbell was a regular on the television series "The 4400," and a recurring role in the "O.C. Many of his latest films and television roles have been that of the bad guy. He starred as an abusive husband in the film "Enough," the serial killer Ted Bundy in the film "A Stranger Beside Me," an accused rapist in "Law and Order: Special Victim's Unit" and an accused killer on the television series "Shark. He also played the part of a politician in the television series "The Killing. Billy Campbell also starred in many big screen films such as Bram Stoker's Dracula, The Second Jungle Book: Mowgli and Baloo, The Disappeared and The Fat Kid Rules The World, which premiered in March of this year. Billy Campbell was born in Charlottesville, Virginia in 1959. He has two half brothers, David and John. His education consists of Western Albemarle High School, American Academy of Art in Chicago, Illinois, Second City Players Workshop, Ted Liss Studio for the Performing Arts and the Baptist Military Academy in Fort Union, Virginia. His favorite sport is Rugby and he played with the Chicago Lions RFC and the Santa Monica Rugby Club. 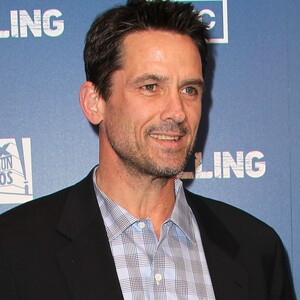