By Brian Warner on November 24, 2013 in Articles › Entertainment

A few nights ago I was having dinner with a friend who works for a Venture Capital firm up in Silicon Valley. For the first part of dinner, we mainly debated whether the SnapChat founders are the dumbest or smartest people on the planet for turning down a $3 billion cash offer from Facebook. I think we ended up settling on dumbest. At some point during the evening, I learned a piece of information that absolutely destroyed my brain. My friend casually asked if I had ever heard of a website called CoolMath.com. I had not. Have you? Probably not. That's what makes what you're about to hear so astonishingly insane: CoolMath.com, a totally random website that you've never heard of… that has a design straight out of 1995… makes $60 thousand dollars PER DAY off internet display advertisements. Let that sink in for a minute then keep reading, because this might be my favorite story ever. 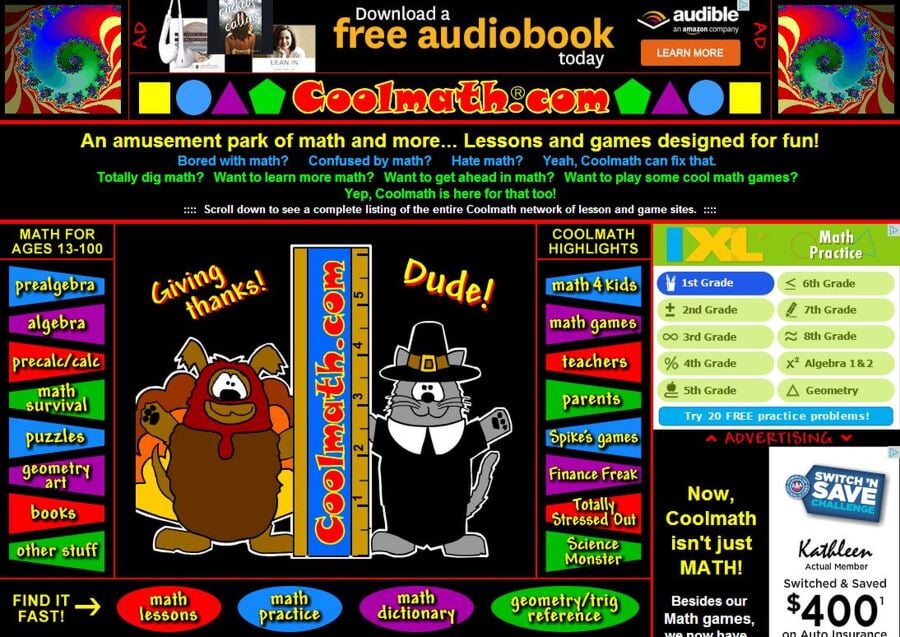 So now that you've seen a screenshot of their homepage, let me remind you: CoolMath.com apparently makes $60,000 every single day off ads. In case you're wondering, that works out to $1.8 million per month, $21.6 million per year. I guess what was most shocking to me was that a) I had never heard of this site before. b) No offense the the site creator, but the design looks like it would have been low budget back in 1995. And c) $60 thousand freaking dollars A DAY!!!!!!???????

And here's the best part: Upon further research, I learned that Coolmath isn't owned by a huge corporation with hundreds of employees, consultants, PR firms, marketing departments, sales teams, interns etc… The entire operation is owned by one woman. A retired community college teacher known simply as "Coolmath Karen". This is what Karen looks like:

According to the site's "about us" page, Karen is the creator, president and CEO of CoolMath. As a person who struggled with math in her younger days, she built the site to help people fall in love with all things algebra, calculus, geometry and so on. She has a BA and an MA in mathematics from Cal State University, Long Beach. She then was a math teacher at a community college for 14 years. She is also an amateur graphic designer and does all the the site's artwork herself. Her stated goal is to "change the world… one kid at a time". She has three cats, Tigger, Buddy and Oreo who she lovingly refers to as her kids 🙂

As far as I can tell, the only other person involved with the site is Karen's brother-in-law Phil, who serves as CoolMath's CFO and accountant. But this might actually just be a side job! According to the same "about us" page, Phil also works as the CFO and Treasurer for a real estate developer.

But let's get back to the point. How does my Venture Capitalist friend know that CoolMath.com makes $60,000 per day? Apparently his firm has had its eye on CoolMatch for a while and was seriously considering investing in, or buying the company. A partner at his firm was initially tipped off about the crazy success of CoolMath after hearing a rumor that somehow this random site no one had ever heard of was one of the top ten highest earning sites on the internet. Earning more per day off one of the larger internet ad networks than the New York Times, CNN and even ESPN.

So did this Venture Capital firm end up making an investment? Get ready to have your mind blown again… You actually might want to sit down before you read this next sentence. My friend's VC firm couldn't make an investment because before they had a chance, an unnamed private equity firm reportedly purchased CoolMath.com for… $80 Million.

$80 million [email protected]$!ing dollars! For CoolMath.com. Paid to a retired community college math teacher. Does it get any better than this? Keep in mind that when Techcrunch.com was bought by AOL for $40 million, the company had dozens of writers, developers and various other employees. When AOL bought Huffingtonpost for $300 million, the site had over 200 full time employees. This is what a typical game on the site looks like: 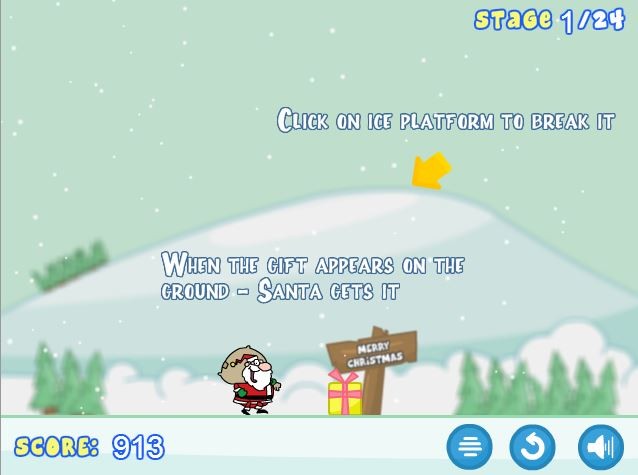 How can we be sure that my friend didn't have the wrong information? To understand how it's possible that CoolMath could be making $60,000 a day, we can use the site's own advertising page to reverse engineer the numbers. It turns out, CoolMath Karen actually owns five different math-related sites which receive a cumulative 43.4 million unique visitors per month. The largest site in her network, coolmath-games.com, gets over 25 million visits alone (that is massive btw). The network itself gets a combined 2.5 million visits per day and the traffic is 80% US based, which is good because the ads shown to American web visitors are much higher paying than international ads. All of the sites are totally clean and therefore 100% advertiser friendly. Also, because the content mainly consists of games, it's probably safe to assume that the average visitor stays on the site for a very long time and clicks many pages (which is the ultimate home run for attracting advertisers). Despite looking like the design hasn't been updated since 1997, the site is actually quite user-friendly and sticky. Assuming the average visitor clicks four pages during a visit, that means the network is generating 10 million pageviews per day. I asked a few fellow webmasters if they thought this math added up to $60,000 per day and pretty much everyone agreed that it's not only possible, but it's very likely.

So just to recap, in the last week we learned: #1) A 23 year old app developer rejected a $3 billion cash offer for his company that makes no money. And #2) A former community college teacher makes $20 million a year off a website you've never heard of that looks like it was designed once in 1995. Please excuse me while I go jump off a cliff.