How Much Would You Pay For A Piece Of Basketball History?

Back in 1988, United States basketball was facing a decline. The U.S. National team brought home a disappointing bronze during the Olympic Games, and it was obvious a re-tooling was necessary if the country was going to return to glory.

Fortunately, in 1992, NBA players could participate in the Olympics for the first time. And boy, did America put together an amazing team. The Dream Team stormed through Barcelona, reclaiming the gold medal with the most dominating performance in Olympic history. They defeated Croatia in the final 117-85, and that was the smallest margin of victory for the team during their run. They defeated opponents by an average of 44 points.

It made sense. As they were able to use NBA players, the U.S. recruited the best. The team featured All-Stars like Michael Jordan, Charles Barkley, David Robinson, Patrick Ewing, Scottie Pippen, John Stockton and Karl Malone all in their primes, plus additional veteran leadership from Magic Johnson and Larry Bird.

It was the best group of players to share a roster. And now, the doctor who worked with the team is giving fans a chance to own a piece of Olympic history. 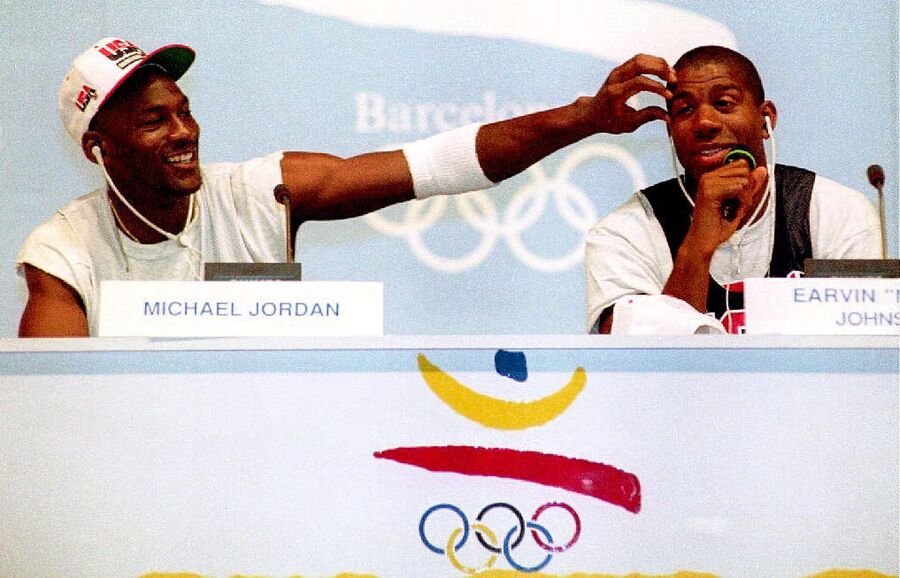 Dr. James Fischer has put up nearly all of the memorabilia he accumulated during his tenure as the Dream Team's physician. Items include a pair of game-worn shoes, worn during nearly the entire roster, Fischer's championship ring, and a ton of autographed goodies – like photographs and basketballs– that are signed by the whole team. Fischer is also putting up the gold medal the team won at the Tournament of Americas qualifying event that occurred before the Olympics.

"This was such a unique team," Fischer said. "It was the greatest sports team ever put together. There are other basketball fans and collectors out there. It's just a good time to let other people enjoy them."

Since the team was only together for a short time, any memorabilia surrounding them are more valuable than usual. Adding to the value is, what collectors call "provenance," essentially a guarantee of authenticity. Since Fischer worked with the team, the credibility that they are real is quite high.

So just how much will Fischer's collection go for? Chris Ivy, the director of sports memorabilia auctions for Heritage Auctions, the auction house handling all of the items, estimates that the whole batch is likely worth about $150,000 to $200,000. Ivy also predicts that the most popular items will be Jordan's sneakers, the championship ring, and a basketball signed by the entire roster that was only given to members of the team.

The likelihood of artifacts from the Dream Team coming to market is quite low, so if you have a few extra thousand dollars, you can now own a piece of the greatest basketball team ever assembled.