By Brian Warner on August 4, 2012 in Articles › Entertainment

Over the last few weeks there's been a heated debate over which Olympic basketball Dream Team is better, the 1992 Jordan/Barkley/Bird/Johnson lineup or the current 2012 Bryant/James/Paul/Anthony squad. The debate caught fire last month when Kobe Bryant stated that the '92 team "were a lot older [and] at kind of the end of their careers. We have just a bunch of young racehorses, guys eager to compete. It'd be a tough one, but I think we'd pull it out." After hearing this, Magic Johnson immediately tweeted "The 1992 Dream Team had 11 HOFs (hall of famers), 23 champ rings and the greatest player of all time in Jordan. No chance this year's team would take us." Charles Barkley then added; "Other than Kobe, LeBron and Kevin Durant, I don't think anybody else on that team makes our team." The war of words is still going strong today among the players, analysts and especially fans. We here at Celebrity Net Worth have no horse in this race, but it did make us ask a potentially much more important question: Which team is richer??? Sure 1992 had, arguably, the most financially successful and famous athlete of all time in Michael Jordan, but back then players were not pulling down the massive endorsement deals and salaries that guys like Kobe and LeBron are getting today. Also how have the fortunes of the older team members held up to the test of time? Twenty years is a lot of time to make bad investment decisions, get divorced and indulge a gambling habit (cough…BARKLEY…cough). We may never know which team would win on the court, but after reading this article you'll know exactly who is winning at the bank. 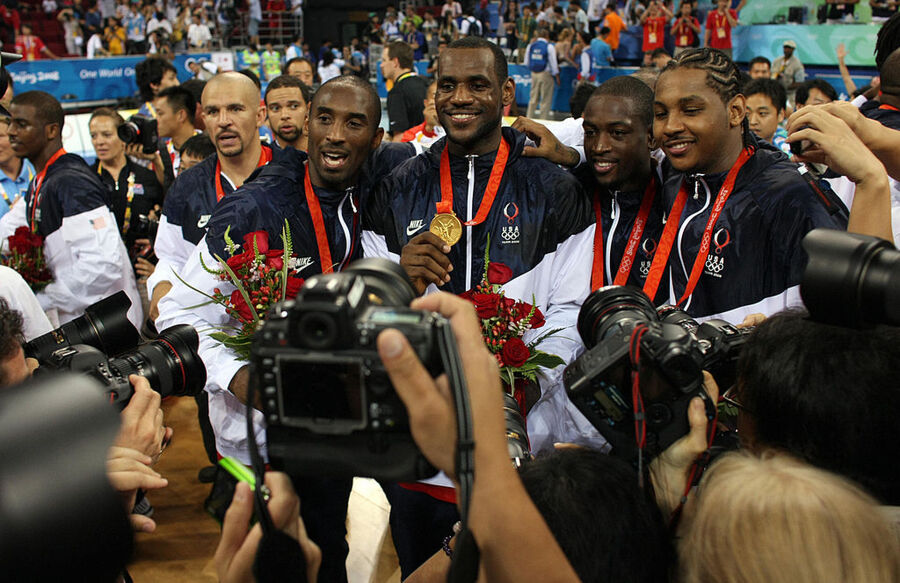