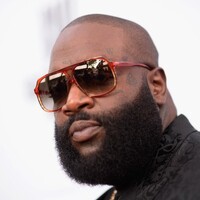 What is Rick Ross' net worth?

Rick Ross is an American rapper, songwriter, entrepreneur, record executive, producer and CEO who has a net worth of $45 million. During his career to date, Rick has sold millions of albums and tens of millions of singles worldwide. At various times in his career, he has been one of the 10 highest-paid rappers in the world. His total career earnings as of this writing top $90 million.

William Leonard Roberts II was born on January 28, 1976, in Clarksdale, Mississippi. He was raised in Carol City, Florida. He graduated from Miami Carol City Senior High School and attended the historically black college Albany State University on a football scholarship.

Ross worked as a correctional officer for 18 months from December 1995, until his resignation in June 1997. Ross made his debut under the pseudonym Teflon Da Don. He changed his name to Rick Ross in the mid-2000s. His stage name was inspired by the former drug kingpin "Freeway" Rick Ross.

In early 2012, MTV named Ross as the Hottest MC in the Game.

Ross appeared on VH1's popular show Snoop and Martha's Potluck Dinner Party. In the episode, he was paired up to cook with Martha Stewart. 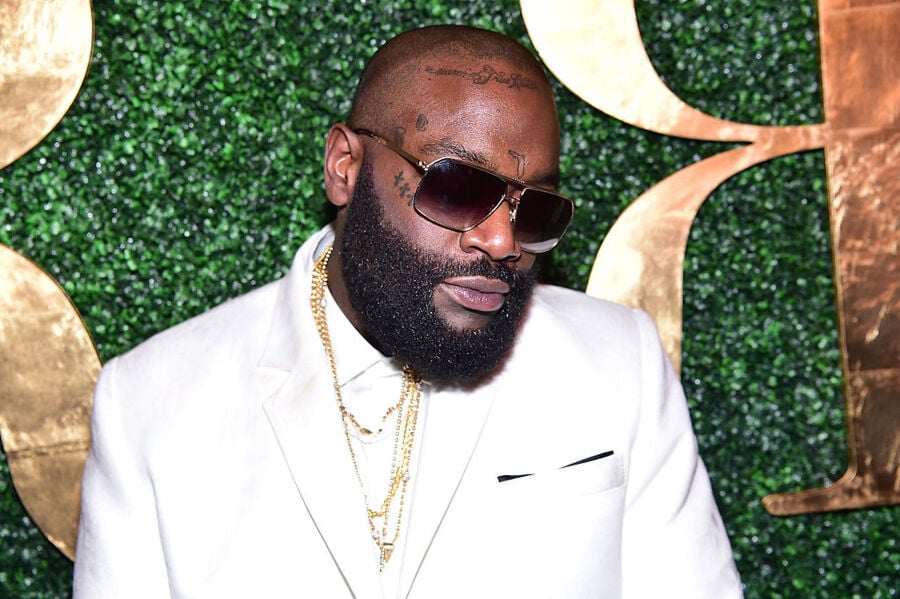 Ross has had trouble with the law in a traditional sense – he's been arrested for guns and drugs and has also faced lawsuits from various other people in the music industry. In January 2008, Ross was arrested on gun and marijuana charges. During a deposition of Officer Rey Hernandez, the Miami Beach cop who arrested Ross, Ross's lawyer asked Hernandez why Ross's case was assigned to the gang task force. The officer stated that it was because Ross claimed affiliation with Triple C's (aka Carol City Cartel), and other known gang members.The officer did not provide proof of Ross's affiliation with the gang

In August 2008, YouTube entertainer DJ Vlad filed a lawsuit against Ross for assault and battery. Vlad claimed Ross organized an ambush on him at the 2008 Ozone Awards in Houston, Texas for asking questions about his past as a correctional officer.

In June 2010 "Freeway" Ricky Ross sued Ross for using his name, filing a copyright infringement lawsuit in a California federal court. On December 30, 2013, the court ruled in favor of the rapper Rick Ross, allowing him to keep the name based on a First Amendment ruling.

Rick Ross is a Christian  and in an interview with Corey "Coco Brother" Condrey on Lift Every Voice, he indicated that "I had told myself at one point no matter what I go through, I never question God." In addition, Ross indicated that he prays every time he goes on stage to perform.

On January 27, 2013, while celebrating his 37th birthday, Ross and his girlfriend were the targets of a drive-by shooting in Fort Lauderdale, Florida. Neither Ross nor his girlfriend were hurt, but they ended up crashing their car into an apartment in an attempt to escape the shooting.

In 2015, Ross was briefly engaged to Lira "Galore" Mercer.

In 2017, Ross was criticized for stating in an interview that he never signed a female rapper because "I would end up f*cking [her] and f*cking the business up." Ross quickly apologized through a Facebook post where he called his comments "insensitive" and a "mistake [he regrets]."

We've been tracking the salary and net worth of Rick Ross since 2007. He's been a busy man. Here's a breakdown of his salary year to year:

In February 2009, rival rapper 50 Cent appeared on the Ed Lover morning show with a copy of Rick's financial breakdown obtained during a child support case. These documents revealed that at the time Ross' true financial status was far from the image he liked to portray. Ross claimed to own three cars:

Ross further stated that he owned $45,000 worth of jewelry which would have to mean that all the jewelry he wore in his videos and on TV were either fake or borrowed. His monthly mortgage payments totaled $9,700 and he claimed every month he actually spent $7,000 more than he earned.

In 2012, Ross purchased a 10,000 square foot waterfront mansion in Fort Lauderdale, Florida for $5.2 million. The three-story, Mediterranean-style home has eight bedrooms, 11 bathrooms, and two half-baths. The house has two master suites, a theater, a game room, a full bar, an elevator, and a pool with a bar and spa. Built on nearly half an acre, the property has 150 feet of private waterfront in the Seven Isles community in Fort Lauderdale. He put the home on the market in 2014 for $9.25 million and sold it in 2016 for a bit over $6 million.

Ross made headlines in 2014 after spending $5.8 million on a 54,000-square-foot, 109-room mansion outside Atlanta on 235 acres, previously owned by boxer Evander Holyfield. It is believed to be the largest home in Georgia. The mansion has 12 bedrooms and 21 bathrooms.

In October 2020 Rick Ross plunked down $1 million to acquire an additional 87-acres of land near his suburban Atlanta mansion. That brings his total acreage to 322. He has dubbed his property "Promise Land".