What is Scottie Pippen's Net Worth?

Scottie Pippen is a retired American professional basketball player who has a net worth of $20 million. Scottie played 17 seasons in the NBA. During that time he earned $109 million in salary alone. He earned tens of millions more from endorsements.

Scottie Pippen played nine of his seasons with the Chicago Bulls. He was instrumental in the Bulls winning six of their NBA titles and their record 1995–96 season of 72 wins. He was a seven-time NBA All-Star as well as the NBA All-Star Game MVP in 1994. He was named one of the 50 Greatest Players in NBA History during the 1996–97 season and is one of four players to have his jersey retired by the Chicago Bulls. Pippen is the only NBA player to have won an NBA title and Olympic gold medal in the same year twice (1992, 1996).

It is often said that Scottie Pippen is the most underpaid NBA player of all time. That is somewhat true and somewhat false. Ahead of the 1991 season, Scottie signed a 7-year, $18 million contract extension. In other words, during the peak of the Bulls, at a time when Michael Jordan was earning $30+ million per year in salary, Scottie was earning $2.6 million. He would later reveal that he signed that contract to create security for his family. He grew up dirt poor, one of 12 children, with both a father and a brother in wheelchairs.

This contract would turn into a source of frustration for Pippen. He later felt he signed a bad deal and deserved a renewed extension. Interestingly, Scottie's $109 million in total NBA salary ended up being higher than Michael's $94 million. The majority of his career earnings came thanks to a five-year $67.2 million contract with the Houston Rockets prior to the 1998-1999 season. He then earned an additional $10 million after returning to the Bulls during his final two career seasons.

Scottie wore Avia sneakers in his first few NBA seasons but, like Mike, eventually became a Nike man. He would go on to release several signature shoes with Nike, most notably 1997's Pippen 1.

Scotty Maurice Pippen was born on September 25, 1965, in Hamburg, Arkansas. He is the youngest of Ethel and Preston Pippen's 12 children. Pippen's mother was 6 feet tall and his father was 6 foot 1 inch.  All of their children were tall, but Scottie was the tallest. Scottie's dad worked in a paper mill until a stroke paralyzed him on his right side. He lost the ability to walk and his speech was affected. Scottie led the Hamburg High School basketball team to the state playoffs. He was awarded all-conference honors his senior year. Pippen wasn't offered any scholarships to college. He started out playing for the University of Central Arkansas. Pippen was 6'1″ as a freshman walk-on. He had a growth spurt and ended up 6′ 8″ tall.  In college, he had a per game average of 23.6 points, 10 rebounds, 4.3 assists and almosty 60% field goal shooting.

Pippen was selected in the first round of the 1987 NBA Draft by the Seattle Supersonics. The Bulls were interested in him but their draft pick wasn't low enough to get them. The team arranged a trade with Seattle to get Pippen.

Scottie Pippen made his NBA debut on November 7, 1987, when the Chicago Bulls faced the Philadelphia 76ers as their first game of the season. He finished the game with 10 points, 2 steals, 4 assists, and 1 rebound in 23 minutes of play. The Bulls won their season-opening game 104–94. Pippen claimed the starting small forward position during the 1988 NBA Playoffs, helping the Jordan-led Bulls to reach the conference semifinals for the first time in over a decade. Pippen was an  NBA All-Star selection for the first time in 1990.

During the 1990-91 season, Pippen emerged as the primary defensive stopper and a huge scoring threat. He had his first triple-double on November 23 when the Bulls faced the Los Angeles Clippers as he had 13 points, 12 assists, and 13 rebounds in 30 minutes in a 105–97 win. For his efforts in the 1990–91 NBA season Pippen was awarded NBA All-Defensive Second Team honors. The Bulls went on to defeat the Los Angeles Lakers in the 1991 NBA Finals. He helped lead the Bulls to their first three-peat, as they won the following two years in 1992 and 1993.

In 1998–99 lockout-shortened NBA season, after being with the Chicago Bulls for 11 seasons, Pippen, the second all-time leader in points, assists, and steals in Bulls franchise history, was traded to the Houston Rockets in exchange for Roy Rogers and a second-round pick in the 2000 NBA draft. From 1998-2003 Pippen played for the Portland Trailblazers. After the 2002–03 season, Pippen left Portland in order to sign with the Chicago Bulls. On July 20, 2003, as Pippen signed a two-year, $10 million contract with the franchise. On October 5, 2004, Pippen announced his retirement.

In January 2008, Pippen made a brief comeback to professional basketball at age 42 when he made a tour of Scandinavia and played two games for top Finnish league team Torpan Pojat (ToPo) and top Swedish league team Sundsvall.

Pippen returned to the Bulls on July 15, 2010, as a team ambassador. In 2012, he was named senior advisor to Michael Reinsdorf, the Bulls' president and COO. Pippen is remembered as one of the most versatile and agile players, and perhaps most notably as one of the greatest defenders ever. His intense work ethic and athletic physique gave him the ability to consistently make highlight-reel plays, such as applying defensive intensity, forcing a turnover, stealing the ball, and starting a one-man fast break that he would finish with a thunderous slam dunk. 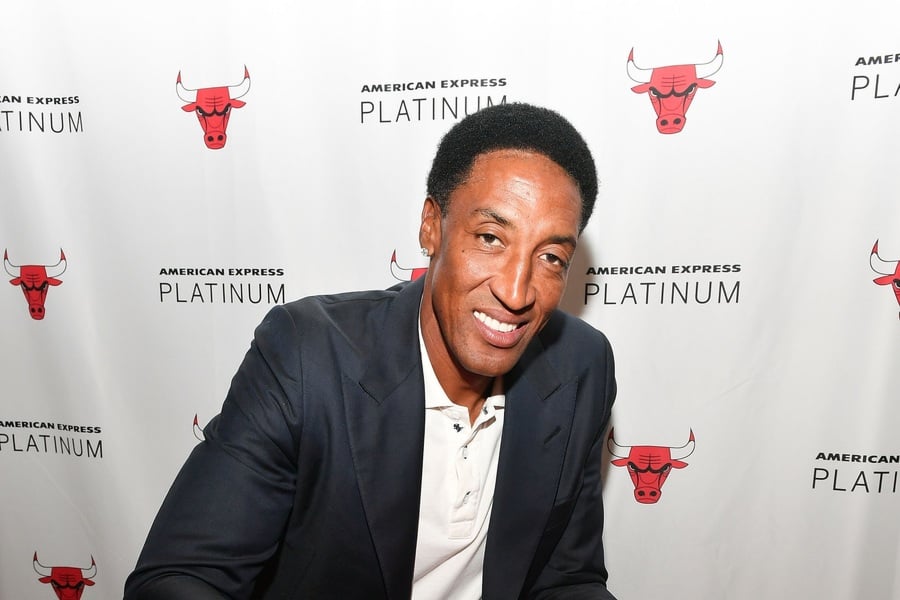 In 1992, he was named to the original Dream Team for the United States men's Olympic basketball team which competed in the 1992 Olympics in Barcelona, Spain. The U.S. won the gold medal and Pippen and Michael Jordan became the first players to win both an NBA championship and an Olympic gold medal in the same year.

Over the years it has been alleged that Scottie has experienced financial problems at various points post-retirement. Some outlets have gone as far as to claim that Pippen was flat broke just a few years after retiring from the NBA. According to our sources, those claims are greatly exaggerated or even just flat out lies. That's not to say Scottie hasn't had a few financial speed bumps.

The largest speed bump came from a former financial advisor named Robert Lunn. In 2016 Pippen sued Lunn claiming that the advisor, who came highly recommended by the Bulls, squandered $20 million of his money. Less than a year after engaging Lunn, Pippen learned that the advisor had taken his investments and committed bank fraud. Lunn allegedly gave more than $7 million to a friend with sketchy history to invest in real estate. The real estate developer declared bankruptcy almost immediately, taking the money with him.

Lunn also reportedly advised Pippen to spend $4 million on a Gulfstream private jet. The jet turned out to be non-working and needed an additional $1 million in repairs to make it air-worthy.

In March 2016, Lunn was sentenced to three years in prison on multiple fraud counts, including forging Pippen's signature on a $1.4 million loan that Lunn used to pay off personal debts.

In 2004, Scottie and Larsa Pippen bought a 10,000 square foot home on 2.6 acres in the lakefront Chicago suburb of Highland Park for $2.225 million. Scottie put it on the market in 2016 for $3.1 million. After three years on the market, he lowered the price to $1.899 million. Built in 2003, the home has six bedrooms, five and a half bathrooms, a home movie theater, a sauna, a game room, a brick wine cellar, and a custom-built indoor basketball court with a picture of Pippen's Chicago Bulls jersey emblazoned on the floor.

Pippen previously owned a mansion in South Florida that was on and off the market for a decade beginning in 2010 when it was listed for $16 million. At one point, the home was offered as a luxury rental for $40,000 a month.

The Venetian-style mansion is located in Harbor Beach, one of Fort Lauderdale's most exclusive neighborhoods. It comes with views of a canal that leads straight out to the ocean. The home was built in 2003 and comes with a pool, basketball court, gourmet kitchen, game room, media room, and waterfront views. 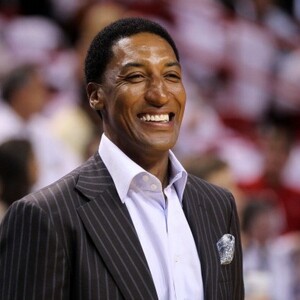