What is John Stockton's Net Worth?

John Stockton is an American retired professional basketball player who has a net worth of $45 million. He is considered one of the greatest point guards of all time, and this is mostly a reflection of his incredible ability to rack up assists and steals. To this day, Stockton holds the NBA records for career assists and steals by a considerable margin.

After starting his career with Utah Jazz in 1984, John spent his entire 19-year career with his original team. During these 19 seasons, he and his team made the playoffs every single time. They appeared in the NBA Finals twice during this period. Stockton won several awards and honors during his career, including ten All-Star titles. He was inducted into the Basketball Hall of Fame twice; once for his individual career and again as a member of the 1992 United States Olympic basketball team.

John Houston Stockton was born on March 26th of 1962 in Spokane, Washington. During his high school years, John's basketball talents became quite clear. During his senior year, he broke the city record for most points scored in a single basketball season.

After graduating from high school, John received offers from a number of colleges, including the University of Idaho and the University of Montana. However, he chose to stay in Spokane and played for Gonzaga University. While playing for the Bulldogs, he led the West Coast Athletic Conference in scoring, assists, and steals. He also earned the title of WCAC Player of the Year.

In 1984, Stockton was drafted by the Utah Jazz. Although he wasn't the best-known player during his college career, he quickly established a formidable reputation. Three years after joining the team, he earned a starting position as point guard. A year later, he was playing in his first All-Star game after leading the NBA in assists per game. He would continue to lead the league in assists per game for the next nine seasons.

Further achievements came during the 90s, when Stockton came close to recording a triple-double against the Houston Rockets. In January of 1991, he recorded a career-high tally of 28 assists in a single game against the San Antonio Spurs. In 1992, the Jazz reached the Western Conference Finals for the first time, but they were defeated by the Portland Trail Blazers. In 1993, he was dubbed the co-MVP of the All-Star Game. Further Conference Finals came in 1994 and 1996, but both efforts ended in losses.

In 1992, Stockton joined the US Basketball team to compete in the Summer Olympics in Barcelona, Spain. For the first time, the US team featured NBA players, and the resulting collection of players was dubbed the "Dream Team." John won a gold medal in 1992, repeating the feat once again in the 1996 Olympics.

During the 1996-1997 season, the Jazz recorded 64 wins, breaking their franchise record. That season, they managed to reach the NBA Finals thanks to a buzzer-beating, game-winning, three-point shot against the Houston Rockets. Unfortunately, Utah was defeated in the Finals. A knee injury slowed down his career, causing John to miss the first 18 games of the 97-98 season. However, the Jazz made it to the Finals that year again. Unfortunately, this once again led to a loss against the Chicago Bulls.

Several years went by before Stockton decided to retire in 2003. The announcement of his retirement was met with a special ceremony, and Salt Lake City renamed a street after him near the Jazz's stadium. In his official statement, Stockton stated that he still felt confident in his playing ability, but he also felt like he needed to spend more time with his family. 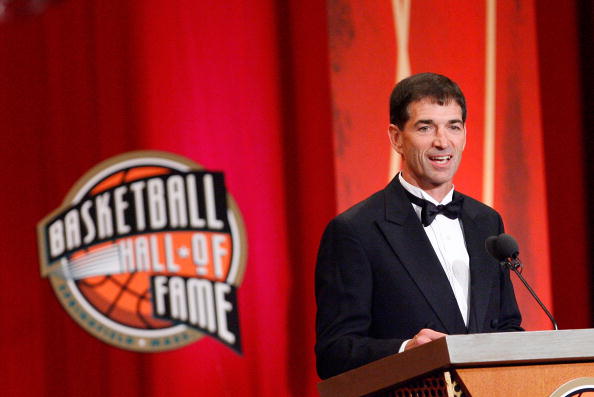 During his NBA career John Stockton earned $62 million in salary alone. After adjusting for inflation that's the same as around $95 million in today's dollars. His peak per-season earnings was $11 million earned in both 1999-2000 and 2000-2001.

After retiring, John moved back to Spokane and started coaching youth teams in the area. Stockton also became involved in a number of business ventures, most notably within the construction industry. In 2013, he released an autobiography entitled "Assisted." His coaching career has advanced considerably, and at one point he was considered for the role of head coach for the Jazz. In 2015, he started working as an assistant coach for the Montana State University women's basketball team.

In January 2022 John earned public scorn and ridicule after he revealed a series of provably-false and mildly ridiculous beliefs about the COVID vaccine. The statements came to a head after fans noticed he was suddenly absent from Ganzaga basketball games, where he had long been a fixture. As it turns out, over the previous two years John refused to comply with the university's mask requirement at games.

In elaborating on his stance, John revealed he believed a thoroughly-debunked story that "hundreds" of professional athletes have died on the field during games after taking the vaccine.

Stockton is married to Nada Stepovich, the daughter of the last territorial governor of Alaska. They have six children and adhere to strict Roman Catholicism. Several of his children have gone on to pursue successful basketball careers.

In 2019, it was reported that Stockton was facing considerable legal action after a real estate dispute in Priest Lake, Utah. The former basketball player was trying to stop a developer from coming in and building near his home. Unfortunately for Stockton, the decision went against him, and he was ordered to pay $500,000 in legal fees. His goal was to stop the sale and construction of multiple lakefront properties across 65 acres of undeveloped wetlands at one end of the lake. He teamed up with his neighbor in the legal action.

In the end, Stockton and several of his neighbors were accused of conspiracy and allegations that they had intentionally interfered with the sale. Finally, several neighbors were ordered to sell their land at a loss to the development company, Tricore Investments. Essentially, Stockton and his neighbors learned about another resident's plans to sell 45 acres to the development company, and they decided to interfere in the real estate deal. At the last moment, the residents sold their 45 acres to Stockton and one other neighbor. After they discovered that they had been duped, Tricore Investments decided to file a lawsuit. 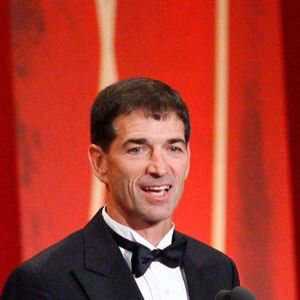