To say Kareem Abdul-Jabbar had a successful NBA career is an understatement. He won six titles and is a member of the Hall of Fame. He also holds the NBA record for most career points, scoring a whopping 38,387. However, his latest move will go down in the books as a major assist.

Abdul-Jabbar announced he's putting up some of his memorabilia for auction, with "much of the proceeds" going to his Skyhook Foundation charity. The foundation works to teach kids about science, technology, engineering, and math.

Some of the top items available include Abdul-Jabbar's four championship rings he won with the Los Angeles Lakers and an autographed and inscribed ball from his final game. The Hall of Famer is also auctioning off game-worn jerseys, uniforms, trophies, and keys to cities that he received throughout his career. 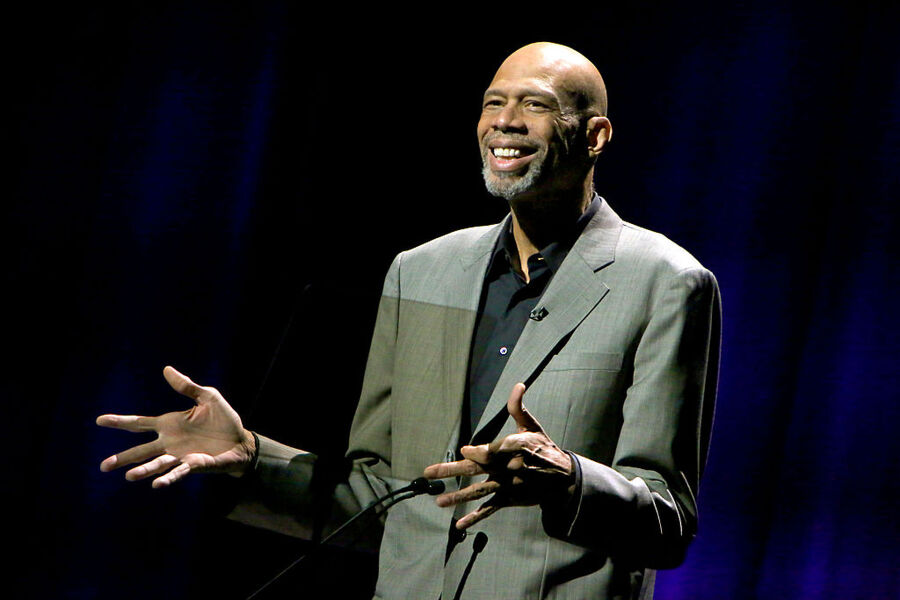 Abdul-Jabbar explained in a post on his blog that he's not selling the items due to any financial trouble. Rather, his decision stems on his ability to impact others.

"So, when it comes to choosing between storing a championship ring or trophy in a room, or providing kids with an opportunity to change their lives, the choice is pretty simple. Sell it all," he wrote. "Looking back on what I have done with my life, instead of gazing at the sparkle of jewels or gold plating celebrating something I did a long time ago, I'd rather look into the delighted face of a child holding their first caterpillar and think about what I might be doing for their future. That's a history that has no price."

Want to make a bid? You can view the memorabilia available at Goldin Auctions – but it might get pricey. Abdul Jabbar's 1985 championship ring has a minimum bid of $65,000; several other lots are going for tens of thousands of dollars. A handful of items can be had for less than $1,000, though, including plaques, certificates, and sculptures.