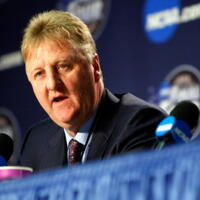 What is Larry Bird's Net Worth, Salary and Career Earnings?

Larry Bird is a retired American professional basketball player and business executive who has a net worth of $75 million. He is most famous for being a member of the Boston Celtics from 1979 to 1992, and is widely regarded as one of the greatest basketball players of all time. During his career, he earned $26 million in salary. After retiring from the NBA, Larry embarked on what has become a highly successful business career.

Larry Joe Bird was born in West Baden Springs, Indiana, on December 7, 1956, to Georgia and Claude Joseph "Joe" Bird. His father was a veteran of the Korean War, and he has four brothers and a sister. Bird was raised in the nearby town of French Lick, where his mother worked two jobs to support him and his siblings. His parents divorced when he was in high school, and his father committed suicide about a year later. Bird turned to basketball to escape from his family troubles. As the star player of Springs Valley High School, he averaged 31 points, 21 rebounds, and 4 assists as a senior.

Bird received a basketball scholarship from Indiana University in 1974, but he had difficulty adjusting and dropped out after less than a month on campus. He returned to French Lick, where he attended Northwood Institute (now Northwood University), before enrolling at Indiana State University in 1975. He enjoyed a successful college basketball career with the Indiana State Sycamores, leading the team to the NCAA tournament for the first time in school history in 1979. The Sycamores played the 1979 championship game against Michigan State, and that game had the highest ever television rating for a college basketball game at the time, although they lost. Bird graduated from college in 1979 with a Bachelor of Science in physical education. During his college career, he averaged 30.3 points, 13.3 rebounds, and 4.6 assists per game. He also won numerous awards and honors, including the Naismith College Player of the Year Award.

In the 1978 NBA draft, the Boston Celtics selected Bird with the sixth overall pick. He did not join them immediately, opting instead to finish out his final season at Indiana State. Initially, the Celtics stated that they would not pay Bird more than any other player on their roster, but Bird's agent Bob Woolf said that Bird would reject any sub-market offers they made and simply enter into the 1979 draft instead. Eventually, after drawn-out negotiations, Bird signed a five-ear, $3.25 million contract with the Celtics, which made him the highest-paid rookie in sports history at the time. Not long after, in what is now known as the Bird Collegiate Rule, the NBA changed its rules regarding draft eligibility to prevent teams from drafting players before they were ready to sign.

Compared to their previous season, after Bird joined the team the Celtics improved their win total by 32 games. In his career debut game, Bird helped bring the team a 114-106 win over the Houston Rockets, recording 14 points, 10 rebounds, and 5 assists. The Celtics even made it to Conference Finals that year, before being eliminated by the Philadelphia 76ers. Bird finished out his rookie season with averages of 21.3 points, 10.4 rebounds, 4.5 assists, and 1.7 steals per game. His outstanding performance helped him get selected to the All-Star Team, and he was also named Rookie of the Year.

He continued to play for the Celtics until his retirement from playing professional basketball in 1992. Highlights from his career include becoming the third player in NBA history to win three consecutive MVP Awards, being selected to 12 NBA All-Star teams, winning three NBA championships (1981, 1984, 1986), and being the first player in NBA history to shoot 50% or better on field goals, 40% on three-pointers, and 90% on free-throws in a single NBA season. In the later years of his playing career, Bird was often plagued by recurring back issues. 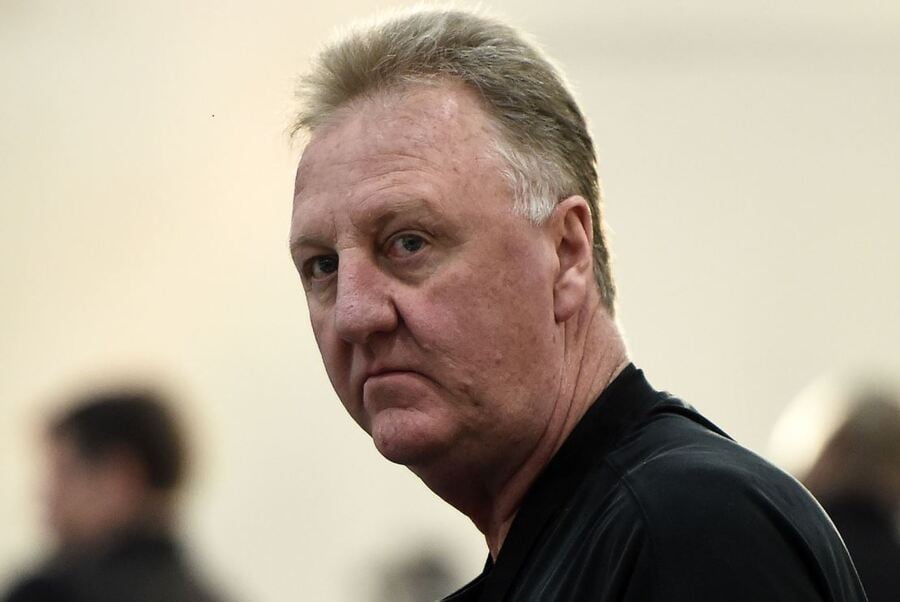 After retiring as a player, Bird remained with the Celtics as a special assistant in their front office from 1992 to 1997. Then, in 1997, he took up the position of coach for the Indiana Pacers, announcing he only intended to coach for no more than three years. As the Pacers' coach, Bird led them to a 58-24 records in the 1997-1998 season. This was their best performance in record at the time, and for his efforts he was named the NBA Coach of the Year. He would go on to lead the Pacers to Central Division titles in 1999 and 2000. True to his word about only coaching for three years, Bird resigned from his position as head coach after the end of the 2000 season.

In 2003, the Pacers hired Bird back on again, this time as their president of basketball operations. When he was named NBA Executive of the Year after the 2011-2012 season, he became the only man in NBA history to win all three awards of NBA MVP, Coach of the Year, and Executive of the Year. After briefly parting ways with the Pacers in 2012, Bird returned to his position as president of basketball operations for the Pacers in 2013, a position he maintained until he stepped down again in 2017. However, he has remained with the team in an advisory capacity.

Bird married Janet Condra in 1975, although they separated after less than a year of marriage. They reconciled briefly, and had a daughter, Corrie, in 1977. However, they ultimately separated permanently. Then, in 1989, Bird married Dinah Mattingly. They share two adopted children, Conner and Mariah.