What is David Robinson's Net Worth?

David Robinson is a retired American professional basketball player who has a net worth of $200 million. He played center for the San Antonio Spurs for his entire career, from 1989 to 2003. Over his career, he was a 10-time NBA All-Star, a two-time NBA champion, and an NBA MVP in 1995. Additionally, Robinson was part of the gold-winning Olympic US national basketball teams in 1992 and 1996. Robinson earned his nickname "The Admiral" thanks to his time in the US Navy.

During his playing career, David Robinson earned over $116 million in salary. His peak salary was $14.8 million that he earned in 1998-1999 season.

Robinson is also famous for having an incredibly successful career outside of the NBA. Since retiring, Robinson has launched TWO private equity funds. The first fund, Admiral Capital, raised $115 million after being launched in 2007. That fund eventually went on to acquire $350 million worth of real estate assets. He launched his second fund in 2015, with the goal of raising $175 million to again invest in real estate. As if all that is not impressive enough, Robinson chooses to donate 10% of his fund's profits to various charities. In fact, he has been extremely active in supporting inner-city kids for many years.

David Robinson was born on August 6, 1965 in Key West, Florida as the second child of Freda and Ambrose. Due to his father's service in the US Navy, Robinson moved frequently with his family as a youth. They eventually settled in Woodbridge, Virginia, where Robinson excelled in both academics and sports.

He attended Osbourn Park High School in Manassas. During his senior year, Robinson experienced a massive growth spurt, growing to 6'6″. Despite not having played organized basketball, he was added to his school's basketball team, and went on to earn all-area and all-district honors.

After graduating from high school in 1983, Robinson chose to enroll at the US Naval Academy. There, he played on the basketball team and majored in mathematics. By the beginning of his sophomore year, Robinson had grown to 7′, preventing him from serving on any US naval craft. He went on to become what many consider the greatest basketball player in Naval Academy history, winning both the Naismith and Wooden Awards as a senior. Following his graduation, Robinson became a civil engineering officer at the Naval Submarine Base Kings Bay in Georgia.

In 1989, Robinson signed a contract with the San Antonio Spurs. Immediately, he made history with the greatest single-season turnaround in NBA history to that point, bringing the floundering team – which had a franchise-worst record of 21-61 the previous season – to a record of 56-26. Moreover, he helped lead the Spurs to the second round of the Western Conference playoffs. For his incredible contributions, Robinson was unanimously named NBA Rookie of the Year. The Spurs would go on to make the playoffs for the next seven consecutive seasons. During this time, Robinson was engaged in a duel for the NBA scoring title with Shaquille O'Neal; he ultimately won it with 71 points in a single game against the Lakers.

Robinson's success continued in 1995, when he won the NBA MVP trophy. The next year, he was named one of the 50 best players in NBA history. However, he still had yet to win an NBA championship title. Robinson's dreams of winning that honor were thwarted again in 1997, when he injured his back during the preseason. After returning to the court in December, he broke his foot in a home game and had to miss the remainder of the regular season. Despite an abysmal 20-62 record, the Spurs ended up winning the NBA Draft Lottery, with which the team selected superstar player Tim Duncan. 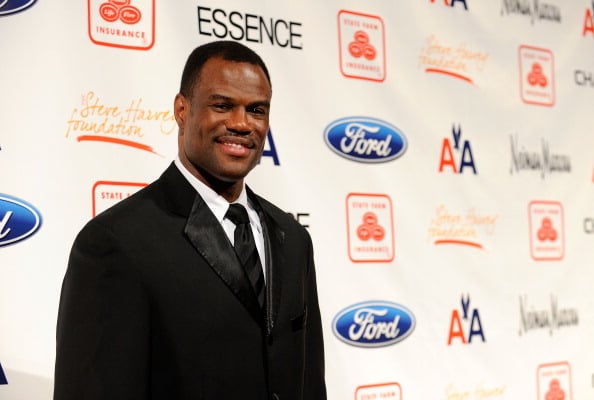 With Duncan on the team, the Spurs finished the 1998-99 season with an NBA-best record of 37-13, and went on to advance to the NBA playoffs. The Spurs easily swept the first three rounds of the playoffs, defeating the Minnesota Timberwolves, Los Angeles Lakers, and Portland Trail Blazers by a combined record of 11-1. As a result, the Spurs made it to the NBA Finals for the first time in franchise history. Thanks to the combined power of Robinson and Duncan, the team ended up winning the championship title in five games over the New York Knicks. Robinson and Duncan were nicknamed "The Twin Towers" for their achievement.

During the final years of his playing career, Robinson was beset by back injuries. He consequently announced his retirement following the 2002-03 season. Ultimately, Robinson managed to go out with a bang: in that final season, he and the Spurs won a second NBA championship title in six games over the New Jersey Nets. In the final game, Robinson recorded 13 points and 17 rebounds to clinch the win. With Duncan, he shared Sports Illustrated magazine's Sportsmen of the Year award for 2003.

Beyond the NBA, Robinson was part of the US national basketball teams at the Summer Olympic Games in 1988, 1992, and 1996. With the team in 1988, he won the bronze medal. In Barcelona in 1992, he won the gold medal as part of the legendary "Dream Team," which included Patrick Ewing, Larry Bird, Scottie Pippen, Michael Jordan, Magic Johnson, and Charles Barkley, among others. It was the first American Olympic team to feature active NBA players. Robinson and the US team won gold again at the 1996 Olympic Games in Atlanta.

On the business front, Robinson founded the private, non-profit Carver Academy in San Antonio, which works to provide opportunities for inner-city children. The school became a public charter school in 2012. Additionally, Robinson formed Admiral Capital Group with partner Daniel Bassichis in 2008. A private equity firm, the group was created to offer additional financial support to the Carver Academy. Its portfolio, worth over $100 million, includes upscale hotels and office buildings throughout the country. Robinson also co-owns a Jaguar Land Rover dealership in San Juan, Texas. 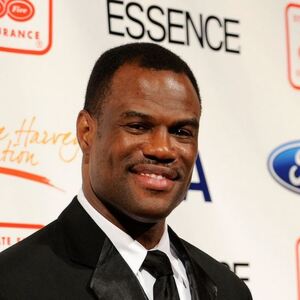