A Game-Worn Michael Jordan Jersey Just Sold For A Ridiculous Amount Of Money!

Michael Jordan is widely considered to be the greatest basketball player of all time, and for good reason. Six-time NBA champion. Six-time NBA Finals MVP. Five-time NBA MVP. 14-time NBA All-Star. 10-time All-NBA First Team. 10-time NBA scoring champion. His accomplishments read like a compilation of the accomplishments of ten players. In addition, the fact that his Air Jordan sneakers are arguably the most popular sneakers on the planet, and you have all of the makings of not only one of the greatest athletes in sports history, but one of the biggest cultural icons we have in the world.

Michael Jordan's memorabilia is highly sought after, regularly fetching thousands of dollars in auction. For example, MJ's "Flu Game" shoes, which he wore in Game 5 of the 1997 NBA Finals, sold for just under $105,000 at an auction last year. With that being said, the amount of money that someone just paid for the jersey MJ wore in his last regular season game with the Bulls in 1998 is mind blowing. 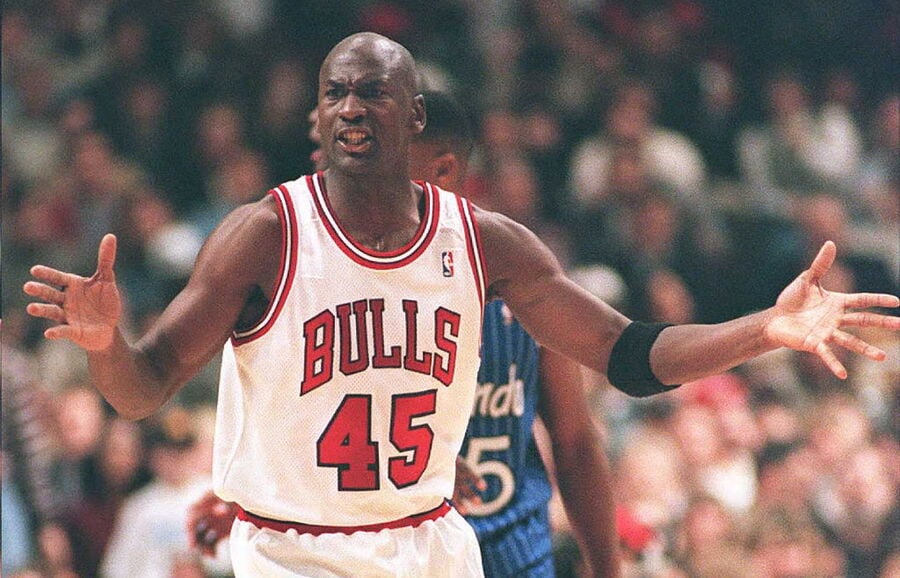 The jersey that MJ wore on April 18, 1998 against the New York Knicks, his last regular season game with the Bulls, sold at an auction on Sunday for a whopping $173,240. Jordan had a great game against the Knicks that night, scoring 44 points in a 111-109 victory over the Knickerbockers.

The price paid for the jersey, which is autographed and comes with a certificate of authenticity from the Chicago Bulls, is the highest price a piece of Jordan memorabilia has fetched in an auction. The aforementioned "Flu Game" shoes held the previous record.

Keith Goldin, of Goldin Auctions, which sold the jersey, said this of MJ's memorabilia: "No one who has been out of the game fewer than fifteen years has had items sell for these kinds of prices … Michael Jordan is the collectible equivalent of Babe Ruth." Goldin Auctions also sold a pair of game used Air Jordan 11s from the 1996 NBA Finals for $34,160. It's safe to say Michael Jordan is the king of sports collectibles.