A Pair Of Michael Jordan's Game-Worn Shoes Sells For A Record $190,373 In Auction

Michael Jordan can lay claim to being at the top of a lot of "best of" lists. He is considered by many to be the greatest basketball player of all time. He is also the richest athlete/former athlete on the planet. And now, he can say (yet again) that he wore the most valuable game-worn shoe in the history of sports.

This past Sunday, a pair of Converse shoes worn by Michael Jordan during the gold-medal game against Spain during the 1984 Olympics sold for a record shattering price of $190,373. The shoes, which are autographed by Jordan, were the last pair of non-Nike sneakers the Chicago Bulls legend wore during a competitive basketball game. Later that year, Jordan signed his deal with Nike, a five-year deal that paid him $500,000 per year, gave him stock options, and promised him a signature shoe. 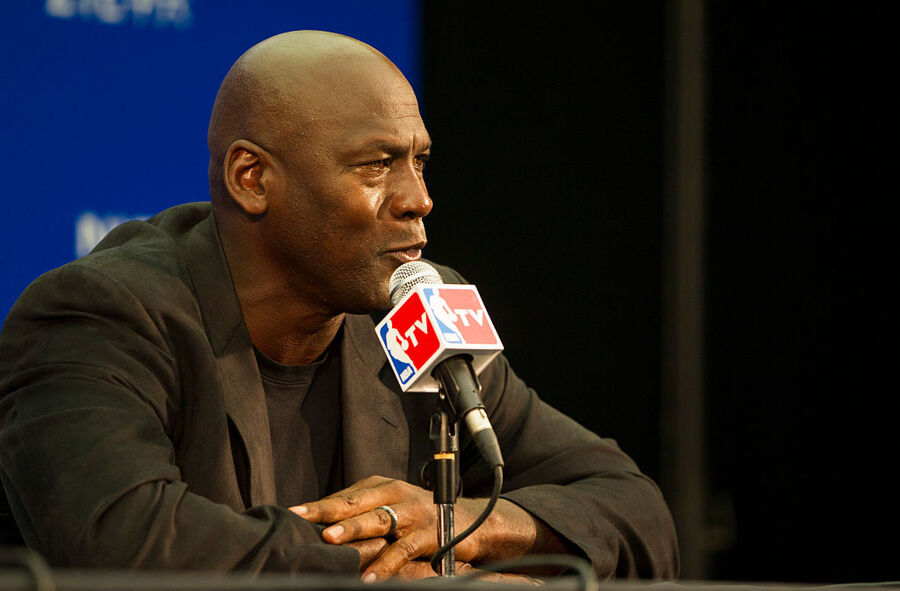 The previous record for a pair of game-used shoes were also worn by Jordan. Back in 2013, a pair of Air Jordan 12s worn by 'His Airness' during Game 5 of the 1997 NBA Finals, also known as the 'Flu Game,' sold for $104,765. Coincidentally, Jordan's Converse sneakers sold on the 20 year anniversary of the 'Flu Game.'

Interestingly enough, Jordan actually wanted to sign a deal with either Adidas or Converse; he played in Converse sneakers throughout his college career as a result of the company's $10,000 per year deal with former UNC head coach Dean Smith. Adidas reportedly didn't sign him because the company's German executives wanted to sponsor taller players, and Converse offered him $100,000 annually; much less than Nike ended up offering, so Jordan went ahead and signed with Nike. The rest, is clearly history.