Les Dudek Net Worth: Les Dudek is an American guitarist who has a net worth of $750 thousand dollars. Les Dudek was born August 2, 1952 in Naval Air Station, Quonset Point, Rhode Island. He has played with some of rock and pop's biggest names (Stevie Nicks, Steve Miller, Dave Mason, Cher, Boz Scaggs, and the Allman Brothers Band, among others), in addition to releasing solo albums on his own.

First inspired by the likes of the Beatles and Elvis Presley, Dudek picked up a guitar at the age of 11 and within a few years after was already sneaking into bars to play with bands. During his teenage years Dudek discovered blues masters as Freddie, Albert and B.B. King, as well as such then-modern day blues rockers as Paul Butterfield and Steve Miller. By the early '70s, Dudek was residing in Florida, playing in the obscure group Power, whose keyboard player was friends with the Allman Brothers' Dickey Betts. Dudek struck up a friendship between Betts and Dudek and the duo cut some demos, but the group was disbanded when work on the Allman's classic Brothers and Sisters album got underway. Dudek also played with Cher briefly in the early '80s when Cher attempted to launch a rock-based band called Cher & Black Rose, which failed to get off the ground. Thanks to Cher, Dudek then landed a bit part in 1985's Mask as a boyfriend of Cher's character and Cher and Dudek also demoed a song for the movie, which has remains unreleased. Dudek then guest-starred on Stevie Nicks' 1985 release Rock a Little and was the guitarist on the album's tour. The '90s saw Dudek return to his blues roots and he appeared on Steve Miller's back-to-basics release, 1993's Wide River, and issued his fifth solo release overall, 1994's Deeper Shade of Blues. 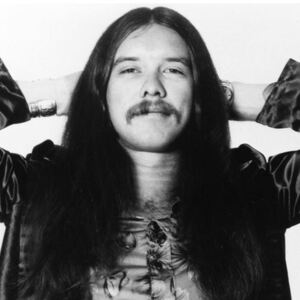