What was Gregg Allman's Net Worth?

Gregg Allman was an American rock and blues singer/songwriter and guitarist who had a net worth of $10 million at the time of his death. Gregg Allman was best known for being a founding member of the Allman Brothers Band. He wrote some of the group's most famous hits, including "Melissa" and "Whipping Post." Additionally, Allman had success as a solo artist with albums including "Laid Back," "I'm No Angel," and "Low Country Blues."

Greg Allman died on May 27, 2017 at the age of 69. His Allman Brothers band mate (and brother) Duane Allman died in a motorcycle accident in Macon, Georgia in 1971.

Gregg Allman was born in 1947 in Nashville, Tennessee to parents Geraldine and Willis. His brother, Duane, was born one year earlier. In 1949, Willis was killed in Norfolk, Virginia after offering a ride to a hitchhiker. Geraldine raised her two sons and never remarried; to support her children, she enrolled in a college program to become a Certified Public Accountant. Meanwhile, Gregg was sent to Castle Heights Military Academy in Lebanon, Tennessee. He came back to Nashville following his mother's graduation, and moved to Daytona Beach, Florida in 1959. To afford the Silvertone guitar he wanted, Gregg worked as a paper boy. With his brother, he joined a YMCA music group called the Y Teens. Later, they formed the bands the Misfits and the Shufflers. Gregg graduated from Seabreeze High School in 1965.

While living in Daytona Beach, the Allman brothers met a number of musicians. One of them was Floyd Miles, with whom they began performing in the band the Houserockers. The brothers subsequently formed the group the Escorts, which grew to become the Allman Joys. Following a successful local run in the summer, they went on the road in 1965 to perform throughout the Southeast. By the summer of 1966, the brothers were able to book a studio in Nashville to record several songs. They subsequently settled for a time in St. Louis, Missouri, where they performed with various artists, and then relocated to Los Angeles. There, the brothers signed with Liberty Records and began recording an album under the name Hour Glass, but grew frustrated with the experience. Feeling constricted, Duane told off Liberty executives, who then threatened to freeze the band. Gregg stayed behind and gave the label rights to a solo album, angering his brother.

The Allman Brothers Band, Part One

While doing session work in Muscle Shoals, Alabama, Duane called up his brother to join a new band he was forming. Gregg took up the offer, becoming part of the Allman Brothers Band alongside Dickey Betts, Berry Oakley, and Jaimoe and Butch Trucks. The group soon moved to Macon, Georgia, where they spent hours hanging out, rehearsing, and consuming hallucinogens. In addition to improvising songs, they covered classic blues numbers such as "One Way Out" and "Trouble No More." During this time, Gregg became the band's primary songwriter, and penned "Whipping Post" and "Midnight Rider." In 1969, the Allman Brothers Band released its self-titled debut album. The group subsequently performed on the road, and released a second album, "Idlewild South," in 1970.

The Allman Brothers Band began achieving greater recognition and success in 1971. That year, the group recorded a live album at the Fillmore East in New York; released in July, it made it to number 13 on Billboard's Top Pop Albums chart, becoming the band's major commercial breakthrough. However, with the success came tragedy; in October, Duane Allman was killed in a motorcycle crash. 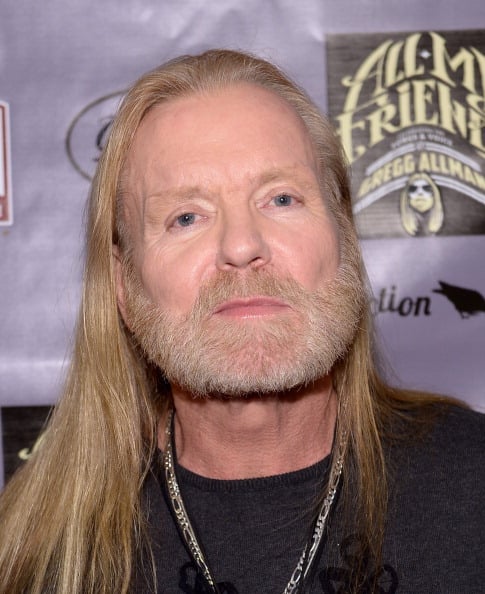 After a short hiatus due to Duane's death, the Allman Brothers Band returned with the 1972 double album "Eat a Peach." A massive hit, it peaked at number four on the Billboard chart. Once again, however, success was coupled with tragedy, as band member Berry Oakley also lost his life in a motorcycle crash. Still, the band carried on, enlisting bassist Lamar Williams and pianist Chuck Leavell. In 1973, the Allman Brothers Band released its fifth album, "Brothers and Sisters," which produced its biggest-ever hit song, "Ramblin' Man." However, behind the scenes the band members were struggling with heavy drug abuse and miscommunication. The final album by the original Allman Brothers Band, "Win, Lose or Draw," was met with a tepid critical and commercial response. The group finally reached a breaking point when Gregg testified in the trial of Scooter Herring, who was arrested for distributing cocaine. Considered a snitch by his bandmates, Gregg was excommunicated and the band broke up.

The Allman Brothers Band reunited in 1978, and released a reunion album called "Enlightened Rogues." Drugs continued to fray the band, leading to another breakup in 1982. They reformed once again in 1989, and toured heavily. The group released the albums "Seven Turns," "Shades of Two Worlds," and "Where it All Begins." In 2003, the Allman Brothers Band released its final album, "Hittin' the Note." The band continued to tour over the following years, before disbanding for good in 2014.

As a solo artist, Gregg Allman began his career with 1973's "Laid Back." Four years later, after forming the Gregg Allman Band, he released his second solo album, "Playin' Up a Storm." He later signed with Epic Records, and put out the commercially successful "I'm No Angel" in 1987. This was followed the next year by "Just Before the Bullets Fly." Later solo albums included "Searching for Simplicity" and "Low Country Blues," the latter of which debuted at number five on the Billboard chart. Allman's final album, "Southern Blood," was released posthumously in 2017.

Allman was married seven times throughout his life. His first marriage was to Shelley Kay Jefts in 1971; they had a son named Devon and divorced in 1972. Next, Allman wed Janice Blair, whom he divorced in 1974. Following this, he was in a highly publicized marriage to Cher from 1975 to 1978; together, they had a son named Elijah Blue Allman. From 1979 to 1981, Allman was married to Julie Bindas, with whom he had a daughter named Delilah Island. Next came Danielle Galliano, to whom he was married from 1989 to 1994. His sixth and longest marriage was to Stacey Fountain from 2001 to 2008. Finally, just before his passing in 2017, Allman wed Shannon Williams, who was 40 years his junior. Beyond the children from his marriages, Allman also had son Michael and daughter Layla from other relationships.

Late in his life, Allman struggled with health problems. He was diagnosed with hepatitis C in 2007, and was diagnosed with liver cancer in 2008. After undergoing a successful liver transplant in 2010, he struggled with atrial fibrillation. Later, following the return of his cancer, he passed away at his home in Richmond Hill, Georgia in May of 2017. 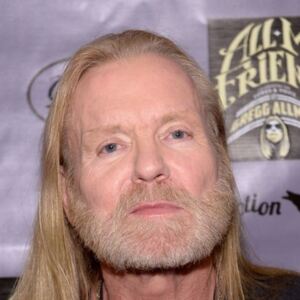