What is Boz Scaggs' Net Worth?

Boz Scaggs is a singer, songwriter, and guitarist who has a net worth of $40 million. Boz Scaggs achieved fame with his blues rock albums in the late 70s. Among his hit singles are "Lowdown," "Lido Shuffle," "Breakdown Dead Ahead," and "Miss Sun." Scaggs has also collaborated with numerous artists, and has continued to write, record music, and tour throughout the 2000s.


Boz Scaggs was born as William Royce Scaggs on June 8, 1944 in Canton, Ohio, the eldest child of a traveling salesman. Soon after, the family moved to McAlester, Oklahoma, and then to Plano, Texas. Just south of Plano in Dallas, Scaggs went to the St. Mark's School of Texas, where he met fellow future professional musician Steve Miller. In 1959, Scaggs became the vocalist for Miller's early band the Marksmen. The two went on to attend the University of Wisconsin – Madison together, and both played in the blues bands the Ardells and the Fabulous Knight Trains.

After leaving Madison, Scaggs briefly became a part of the incipient R&B scene in London, before traveling to Sweden as a solo artist. In 1965, he recorded his debut album, "Boz," which was ultimately a commercial failure. Additionally, Scaggs did a short stint with the band the Other Side. Upon returning to the United States, he moved to San Francisco and became involved in the psychedelic music scene. There, he reunited with Steve Miller, and made appearances on the Steve Miller Band's first two albums, "Children of the Future" and "Sailor," in 1969. The same year, Scaggs signed a solo contract with Atlantic Records; he subsequently released his second self-titled solo album, which featured session guitarist Duane Allman. Following this, Scaggs briefly joined the band Mother Earth for its album "Make a Joyful Noise."

Scaggs signed with Columbia Records in the early 70s, and released the albums "Moments" and "My Time." In 1974, backed by former Motown producer Johnny Bristol, he released "Slow Dancer." However, it was in 1976 that Scaggs had his breakthrough record with "Silk Degrees." The album made it all the way to number two on the Billboard 200, and reached number one in several other countries. It also launched the hit singles "It's Over," "Lowdown," "Lido Shuffle," and "What Can I Say." The album itself received a Grammy Award nomination for Album of the Year, while the song "Lowdown" won the Grammy for Best R&B Song. Following a sold-out world tour for "Silk Degrees," Scaggs released his eighth studio album, "Down Two Then Left," in 1977. Ultimately, it was unable to match the success of his previous album. 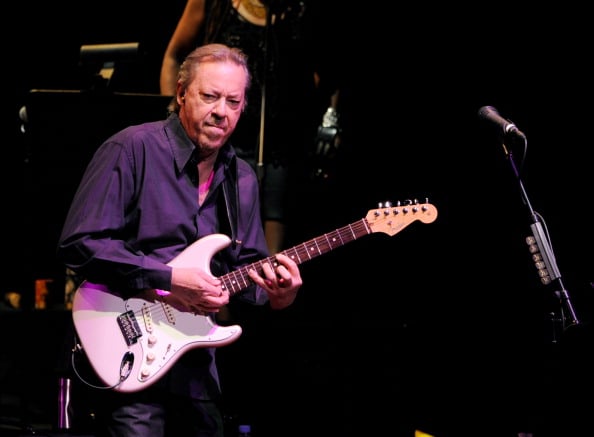 Albums and Singles in the 1980s

After the relative disappointment of "Down Two Then Left," Scaggs found renewed success in 1980 with his album "Middle Man," which peaked at number eight on the Billboard 200 and spawned the hit singles "Breakdown Dead Ahead" and "Jojo." The same year, he had another hit with the single "Look What You've Done to Me," which he recorded for the film "Urban Cowboy." Additionally, he released the successful compilation album "Hits!," which made a hit out of the track "Miss Sun."

Following an eight-year hiatus from recording, Scaggs returned in 1988 with his album "Other Roads"; a mild success in the adult contemporary market, it launched the hit single "Heart of Mine." The song would become Scaggs' last top-40 charting single.

In 1994, Scaggs released his solo album "Some Change." This was followed by "Fade into Light" and "Come On Home" in 1996 and 1997, respectively. Following a brief hiatus, he returned to recording in 2001 with his album "Dig." Two years later, he put out "But Beautiful," a collection of jazz standards. Five years after that, he released "Speak Low." Scaggs had one of his biggest contemporary successes in 2013, when his album "Memphis" debuted at number 17 on the Billboard 200. He had another considerable hit with the 2015 compilation album "A Fool to Care," which made it to number one on the Billboard Blues Album chart. This was followed in 2018 by "Out of the Blues," a mix of old classics and four original compositions.

Among his other endeavors, Scaggs was part of the New York Rock and Soul Revue from 1989 to 1992. Joining him were such artists as Michael McDonald, Donald Fagen, and Phoebe Snow. Later, in 1998, Scaggs went on tour as the opening act for Stevie Nicks. In 2010, he reunited with Michael McDonald and Donald Fagen as part of the supergroup the Dukes of September Rhythm Revue.

In 1973, Scaggs married his first wife, Donna Carmella Storniola. Together, they had two sons named Austin and Oscar, the latter of whom passed away in 1998. The couple divorced in 1980, and Storniola passed away in 2017. Scaggs wed his second wife, Dominique Gioia, in 1992.

As a businessman, Scaggs opened a nightclub in San Francisco in 1988 called Slim's. Its opening acts were Anson Funderburgh, Delbert McClinton, Katie Webster, and Scaggs himself. The club ultimately shut down in March of 2020. 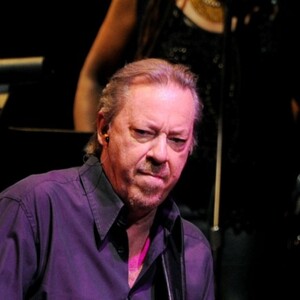