What is Steve Miller's Net Worth?

Steve Miller is an American guitarist and singer-songwriter who has a net worth of $60 million dollars. Starting his career in blues and blues rock, he eventually took his sound toward a more pop-oriented place in the 70s and 80s. In 2016, Miller was inducted into the Rock and Roll Hall of Fame. Miller experienced an enormous amount of success in the mid-70s and early 1980s. To date The Steve Miller Band has sold more than 35 million albums worldwide. Some of his notable singles include "Fly Like an Eagle", "Rock'n Me", "Take the Money and Run", "The Joker", "Space Cowboy" and "Jungle Love", among many others.

Steve Miller was born on October 5, 1943 in Milwaukee, Wisconsin to singer Bertha and physician George. His first exposure to music came through his parents, both of whom were passionate about jazz. Moreover, guitarist Les Paul and his musical partner Mary Ford were frequent visitors to the family's household. In 1950, the Millers moved to Dallas, Texas, and hosted many more distinguished musicians at their home. As a youth, Miller went to the preparatory day school St. Mark's School, where he formed his first band, the Marksmen. After getting booted from St. Mark's, he attended Woodrow Wilson High School; subsequently, he returned to Wisconsin to enroll at the University of Wisconsin – Madison. There, Miller formed the band the Ardells. During his senior year, he studied abroad at the University of Copenhagen. However, Miller ultimately dropped out of school just six credit hours short of his degree, as he chose to pursue his career in music.

When Miller returned to the United States from Denmark, he moved to Chicago, Illinois and immersed himself in the city's famous blues scene. In the Windy City, he worked with harmonica player Paul Butterfield and performed with such blues legends as Muddy Waters, Buddy Guy, and Howlin' Wolf. In 1965, Miller and keyboardist Barry Goldberg established the Goldberg-Miller Blues Band, which they took throughout the Chicago club scene. After signing with Epic Records and releasing the single "The Mother Song," the pair started a residency at a blues club in New York City. Miller subsequently moved back to Texas with the aim of completing his education at the University of Texas at Austin. However, this was not to be, as he took a Volkswagen Bus and embarked for San Francisco instead.

In San Francisco in 1966, Miller formed the self-titled Steve Miller Band; in addition to himself, it consisted of guitarist James Cooke, bassist Lonnie Turner, drummer Tim Davis, and organist Jim Peterman. The band had its first big gig backing Chuck Berry at the Fillmore West, a performance that was released as the live album "Live at Fillmore Auditorium" in 1967. The next year, the Steve Miller Band released its debut studio album, "Children of the Future." This was followed by "Sailor," which further helped to establish the group's psychedelic blues rock sound. The Steve Miller Band gained increasing recognition with its subsequent albums "Brave New World," "Your Saving Grace," and "Number 5." Next came "Recall the Beginning… A Journey from Eden," released in 1972. 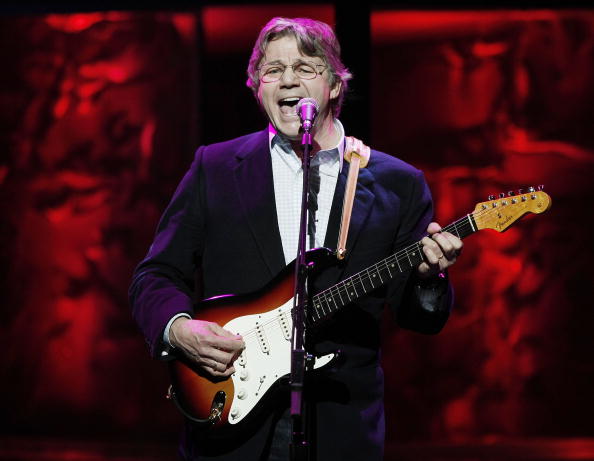 The Steve Miller Band had its biggest success yet in 1973 with its eighth studio album, entitled "The Joker." Reaching number two on the Billboard 200, the album spawned the hit title track, which made it to number one on the Billboard Hot 100. More success came in 1976 with the album "Fly Like an Eagle," which launched three hit singles: the title track, "Rock'n Me," and "Take the Money and Run." The Steve Miller Band's commercial peak carried over to 1977 with "Book of Dreams," which reached the top ten in four countries. It also spawned the hit singles "Jet Airliner" and "Jungle Love." The group capitalized on its heightened popularity with the 1978 album "Greatest Hits 1974-78." The Steve Miller Band's success at this time fueled its enduring popularity throughout the 80s and 90s, when the group embarked on numerous successful concert tours. Meanwhile, albums during these decades included "Abracadabra," "Living in the 20th Century," "Born 2 B Blue," and "Wide River." In the early 2010s, the band released the companion albums "Bingo!" and "Let Your Hair Down."

For the 2010-11 academic year, Miller served as an Artist in Residence at the USC Thornton School of Music. There, he taught students in the Popular Music and Music Industry programs. Later, in 2016, Miller was inducted into the Rock and Roll Hall of Fame. However, he caused a substantial deal of controversy at the ceremony when he said that the experience was unpleasant and that the Hall of Fame was misogynistic. Miller's sour attitude severely discomfited his inductors, Dan Auerbach and Patrick Carney of the Black Keys, to the point that the pair left the ceremony as soon as they finished giving their speech, instead of remaining for the rest of the event.

Miller has been married four times, with his fourth and current wife being Janet Ginsberg Miller.

He previously owned a 420-acre ranch in rural southwestern Oregon from 1976 to 1986. In 2015, the property was placed on the National Register of Historic Places. 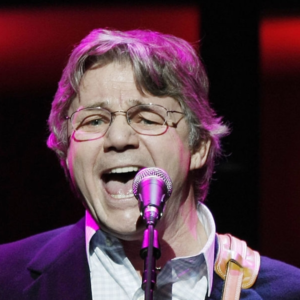