By Paula Wilson on February 11, 2013 in Articles › Celebrity Cars

Some people become famous for what they do, or say.  Other people become famous because they stand near people, who do, or say things that make them famous.  Such is seemingly the case with Alex Gerrard (also known as Alex Curran).  A model and nail technician from Aintree, Merseyside, England, Alex Gerrard married Liverpool and English National Team football player, Steven Gerrard in 2007.  She became part of an elite group of women that includes Victoria Beckham and Coleen Rooney, among others.  These women, known as "WAGs", the Wives and Girlfriends of members of the national team, wield a surprising amount of power in British popular culture and among media outlets.  Alex Gerrard has parlayed the attention she received from marrying Steven Gerrard, into a popular fragrance line called, "Alex", a weekly column in the Daily Mirror, and, until January of this year, a weekly column for OK Magazine.  Her husband's success on the field, and her success with entertainment outlets, has allowed them to maintain a very nice lifestyle that includes owning a Mercedes-Benz CL AMG, a Bentley, and an Aston Martin DBS.  Most recently, she was seen driving around town in a brand new Range Rover Overfinch. 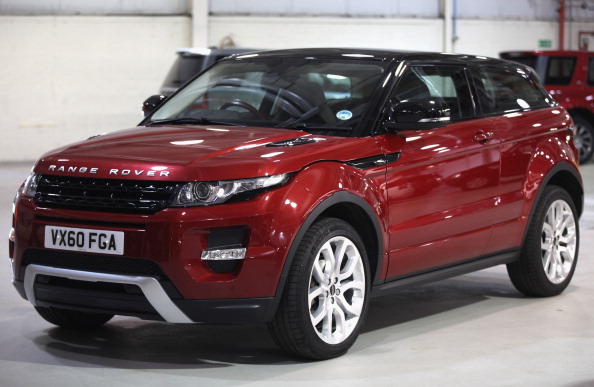 The Range Rover Overfinch is actually a Range Rover that has been modified by Overfinch.  The company launched in 1975, as part of Schuler Presses, Ltd.   Founder Arthur Silverton, and his team, added Four Dellorto carburetors to a Range Rover, and the company was off and running.  In 1978, Overfinch further established its reputation, by testing the Schuler/Ferguson Formula gearbox, and developing what became known as an anti-lock braking system.  They went on to develop five-speed manual and three-speed automatic transmission systems, as well.  Since the early 80s, Overfinch has continued to modify and refit Ranger Rogers, and has done so with every iteration of the Range Rover since 1985.  The cars have become very popular with British celebrities, and Alex Gerrard is not the only footballer's wife who owns one of the vehicles.  This is her third Overfinch, and the most expensive of the trio.  The modifications alone cost $47,000 US, on top of the approximately $90,000 price tag for the standard car.  If you are going to become famous by association, you might as well work it.