Bill Gates and Jeff Bezos are the two richest men in the world. In fact, lately, it is a toss up as to whom the wealthiest is – after all, only $1 billion separates the two men. The third richest man is someone you may not have heard of, but chances are you know the company he built from the ground up. Amancio Ortega is the founder of the retail clothing chain Zara – a brand the Duchess of Cambridge is fond of – and has a net worth of $80 billion. Ortega's net worth has risen $17 billion from 2016 thanks to his real estate portfolio and some smart investments.

Ortega is an intensely private man who is rarely seen in public. He was born in a tiny town in northwestern Spain in 1936. His father was a railroad employee and his mother was a maid. He is the youngest of four siblings. When he was a teenager his family moved to the port city of A Coruna and he got a job working in a local shirt maker's shop. 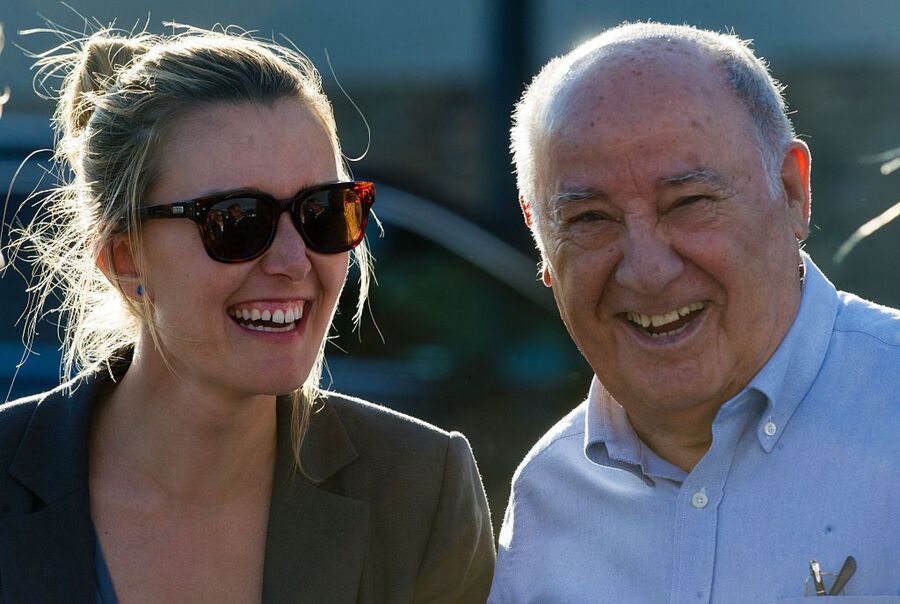 In the port city, many men worked at sea and their wives were seamstresses. In 1972, Ortega organized these seamstresses into sewing co-ops and hired them to make quilted bathrobes for his company GOA. In 1975, he used the money he'd saved up from that business to open the first Zara store in A Corfuna not far from where he first worked for the local shirt maker when he was a teenager.

What set Zara apart from the competition – both back in the 1970s and today – was its speed. If you walk into a Zara store and see something you like, you better buy it because it won't be there in a day or two. Zara refreshes their stock twice a week. The average in the fashion industry to take a garment from development is six months. Not at Zara. Zara claims to be able to shorten that time to two weeks. As a result, the store can offer its customers new designs every year.

Turn on your TV. Chances are at least one commercial in a block of them is for a retail clothing store—Gap or Target or Old Navy or H&M, for example. You will never see a Zara ad. Unlike other fashion retailers, Zara doesn't spend any money on advertising. Instead, the company reinvests in itself by opening new stores. Today, there are 2,169 Zara stores in 88 countries. Zara is the flagship store of holding company Inditex, founded by Ortega in 1985. Inditex is made up of about 100 smaller companies and retail brands including Stradivarius, Zara Home, and Mossimo Dutti. Inditex operates more than 7,000 stores on five continents. It is the biggest fashion retailer in the world.

But what is perhaps the most fascinating part of the Zara story is how Ortega has managed to live his life completely out of the spotlight. When he made a public appearance in 2000 prior to his company's IPO, it made headlines in Spain. He is so reclusive that there are no known photographs of him published before 1999. He lives in a seaside home in A Coruna, has no security and drives an Audi. Ortega wears the same outfit every day—gray pants, a white shirt, and a blue blazer—none of it from Zara. He eats lunch in the Zara cafeteria alongside his employees.

Outside of the fashion empire he's built, Ortega's also made savvy investments in real estate. He owns the tallest skyscraper in Spain, Madrid's Torre Picasso, as well as the Epic Residences & Hotel in Miami. Today, at age 81, Ortega reportedly retains an active role and a 59% stake in the company he founded.

Amancio Ortega was born into a family of meager means and despite amassing an $80 billion fortune, he has largely avoided the trappings of wealth. In his spare time he enjoys raising chickens.