The 15 Richest Tycoons In The Fashion Industry Right Now

By Amy Lamare on December 15, 2019 in Articles › Billionaire News

Fashion is big business. In fact, it's a $2.5 trillion global industry that has made many of those who work in it incredibly wealthy. And that makes sense, because people need clothes and shoes and glasses and purses and wallets. Of course we all need clothing. That's a fact of life. Even nudists have to put on pants and shirts once in a while. People who go into the fashion business aren't doing it for the glamour of seeing their creations sashay down a runway. They do it to sell clothing. From LVMH's Bernard Arnault to Zara's Amancio Ortega to H&M's Stefan Persson to the American icon Ralph Lauren, these 15 people are the richest fashion industry tycoons in the world and they make everything from haute couture to $5 T-shirts.

The combined top 15-richest fashion industry tycoons are worth roughly a combined $361.4 billion.

Noticeably missing from this year's list is Forever 21 founders Do Won and Jin Sook Chang. Their fortune has plummeted as their company has faced store closures and continuous lawsuits. Just two years ago, their net worth was nearly $6 billion. Today, it is $1.6 billion.

It took a net worth of nearly $6 billion just to make this year's list.

Read on for the 15-richest people in the fashion industry. 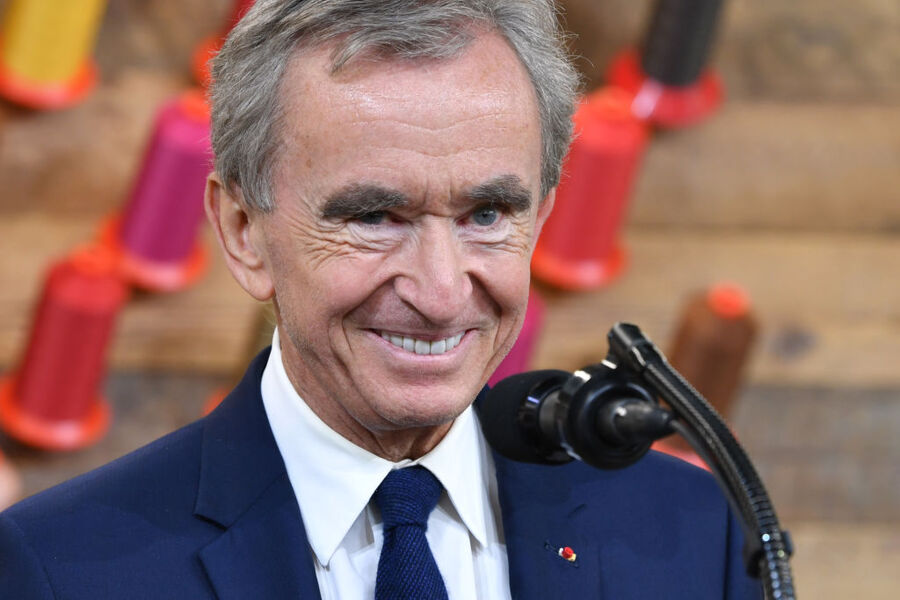 Ding Shizhong is the chairman and CEO of Anta Sports, one of the largest sportswear makers in China. His company made more than $3.4 billion in revenue in 2018.

Anders Holch Povlsen is the CEO and sole owner of Danish fashion retailer Bestseller. The company was started by his parents in 1975. In 1990, when Povlsen was 28 years old, his father made him the sole owner of the company. Bestseller is the parent company of 11 fashion labels that include Vero Moda, Only, and Jack & Jones. Povlsen also has a significant stake in ASOS. He is the richest person in Denmark. Tragically, three of Povlsen's four children were killed in the 2019 Easter Sunday bombings in Sri Lanka.

Sandra Ortega Mera is the daughter of Zara founder Amancio Ortega and his late ex-wife, Rosalia Mera. She inherited her mother's roughly 4.5% stake in Zara when Rosalie Mera died. She is the richest woman in Spain, a title formerly held by her mother.

Johann Rupert is the chairman of the Swiss luxury goods company Compagnie Financiere Richemont, which owns the brands Chloe, Cartier, and Montblanc, among others. Originally from South Africa, Rupert founded Richemont as a spinoff of Rembrandt Group Limited, which was founded by his father in the 1940s.

Ralph Lauren got his start as a sales assistant at Brooks Brothers in the 1960s. It wasn't long before he started designing a line of wide neckties made from rags. He sold these ties to mom and pop stores, one by one across New York City. Then, one day, Neiman Marcus called and ordered 100 dozen. An empire was born. Lauren branched out into sportswear in the 1970s, introducing the ubiquitous Polo shirt. By the 1980s, Lauren, alongside American designers Donna Karan and Calvin Klein, had come to symbolize aspirational country club preppy style. Ralph Lauren now puts out not just a men's and women's clothing line, but through its licensing arm, also cosmetics, fragrances, leather goods, footwear, eyeglasses, and home goods. Ralph Lauren brought in more than $6.1 billion in revenue in 2018.

Giorgio Armani founded his luxury fashion house in 1975 after dropping out of medical school. He is the sole owner of the company, which had $3.32 billion in sales in 2016.

Miuccia Prada is the granddaughter of Prada founder Mario Prada. She owns 28% of the luxury fashion and handbag brand that was founded in 1913. She is co-CEO of the company with her husband Patrizio Bertelli. Prada is the designer and in charge of brand image. Bertelli runs the business side of Prada.

Tadashi Yanai's father Hitoshi opened a men's clothing shop called Ogori Shoji in 1949. Tadashi joined the family business in 1972. He changed the name of the company to Fast Retailing in 1991, and it is now a holding company for its main subsidiary, Uniqlo. The first Uniqlo store was opened in 1984 in Hiroshima and the company has since gone global. Fast Retailing also owns J Brand, Comptoir des Cotonniers, Princesse Tam-Tam and Theo.

Brothers Alain and Gerard Werthheimer own and run Chanel. The high fashion brand was founded back in 1909, by their grandfather Pierre Wertheimer and his partner Gabrielle (Coco) Chanel, the company's namesake. Eventually, the family bought out Coco Chanel's remaining stake in the House of Chanel after she passed away in the 1970s. Alain and Gerard took over operations of the luxury brand after their father died in 1986. Apart from clothing, Chanel sells perfume, makeup, jewelry, watches and other fashion accessories. US-based Alain serves as the chairman of the company, while Gerard, who lives in Switzerland, leads the watch division.

Leonardo Del Vecchio is the founder and chairman of Luxottica, the world's largest producer and retailer of sunglasses and prescription glasses. Luxottica's US chains include Sunglass Hut and LensCrafters, as well as brands like Ray-Ban and Oakley. In 2018, Luxottica merged with French lens makers Essilor to become the largest producer of prescription glasses and sunglasses in the world.

Phil Knight is, of course, the founder of Nike. Knight struck a deal with the owner of Tiger Running Shoes and began selling the products in the Western United States. After sending a couple of pairs to the University of Oregon running coach Bill Bowerman, they decided to go into business together and subsequently launched Blue Ribbon Sports in 1964. That company would eventually change its name to Nike. Over the next four decades, Knight grew Nike from a tiny upstart shoe company, into one of the largest and most famous brands of all time.

Francois Pinault dropped out of high school in 1947 after being bullied because of his impoverished background. He went to work for his family's timber trading business and in the 1970's began acquiring smaller firms. He is known for ruthless business practices such as cutting jobs and selling his timber company – only to buy it back at a much smaller price when the market crashed. He also did well in the French junk bond market, eventually amassing a fortune that allowed him to start PPR, a luxury goods retailer that sells brands like Gucci and Stella McCartney.

Amancio Ortega is one of the wealthiest people in the world. He is the founder of the Inditex fashion group, which is best known for the chain of Zara clothing stores. Ortega dropped out of school as a teenager to work as a delivery boy for a local tailor. In the late 1960s, he started designing dressing gowns, lingerie, and housecoats from his home. In 1975, he co-founded Zara with his then-wife Rosalia Mera. In 1985 he formed Inditex as a holding company for Zara and his other retail brands.

Two years ago Bernard Arnault had a net worth of $37 billion. His fortune is growing at an outrageously fast pace. Arnault received his bachelor's degree in Engineering and went into the family business, civil engineering firm Ferret-Savinel. In 1984, Arnault acquired the financial firm Financiere Agache-Willot, which controlled the textile company Marcel Boussac. Once he had control of Boussac he went after several subsidiaries, including Christian Dior and high-end French department store Le Bon Marche. Arnault has been the Chairman and CEO of LVMH and Chairman of Christian Dior since 1989. His company owns the brands Louis Vuitton, Sephora, Bulgari, and others. In November 2019, LVMH acquired Tiffany & Co.