What Is Karl Pilkington's Net Worth?

Karl Pilkington is an English television and radio personality, travel show presenter, writer, actor, and former radio producer who has a net worth of $3 million. Pilkington rose to prominence while producing and appearing on Ricky Gervais and Stephen Merchant's Xfm radio program in the early 2000s.

Karl Pilkington was born on September 23, 1972, in Sale, Greater Manchester, England. He grew up with mother Dorothy, father Alan, an older brother, and an older sister in the Racecourse Estate neighbourhood, and he attended Ashton-on-Mersey School. Karl has said that he didn't like school and only showed up to sell copies of video games to other students, stating, "I wasn't going to school to learn, I was going to earn." Pilkington dropped out when he was 15 and worked as a disk and cassette printer as part of a Youth Training Scheme program.

Karl moved to London to work as a producer at radio station Xfm, and he later became head of production. In 2001, he started working on "The Ricky Gervais Show" as a producer, but after Gervais and Stephen Merchant began asking him to appear on the show, he gained popularity with listeners and became a main presenter on the program. Pilkington also created features such as "Educating Ricky" and "Monkey News" for the show. In 2010, "The Ricky Gervais Show" was turned into an animated HBO/Channel 4 series that aired 39 episodes over three seasons. Karl also worked with Gervais and Merchant on the 2007 "Extras" series finale and "An Idiot Abroad," and he was an extra in the 2010 film "Cemetery Junction," which Ricky and Stephen wrote, directed, and appeared in.

In 2012, Pilkington began playing Dougie on Gervais' Channel 4 series "Derek," appearing in eight episodes. He has also appeared in the 2012 Indian film "Chingari" and the television series "Flipside TV" (2003), "3 Minute Wonder" (2006), and "Comedy Lab" (2007). Karl starred in the travel documentary series "The Moaning of Life" from 2013 to 2015 and the Sky One comedy series "Sick of It" (which he co-created) from 2018 to 2020. He has also performed voice-over work for numerous companies, including Vodafone, Unilever, and Sony PSP.

Since the '90s, Karl has been in a relationship with Suzanne Whiston, a journalist, media personality, and producer who he met while they were both working at Manchester radio station Key 103. Pilkington was a supporter of the football club Manchester City during his youth, but he switched his allegiance to Manchester United in the '90s. He stated in 2018, "I feel like supporting United is like having a tortoise as a pet. I had a tortoise, and they are not entertaining to watch. You don't watch them, but you know you have got a bit of responsibility to show some interest. That is what I do with United. I keep an eye on them." In 2014, Karl designed a card for the charitable organization the Thomas Coram Foundation to be auctioned off on eBay.

In 2015, Pilkington paid £2million for a seaside home in Sandbanks, a small peninsula in Dorset, England. The home includes four bedrooms with en suite bathrooms, a cinema room, and a roof terrace with views of Poole Harbour. 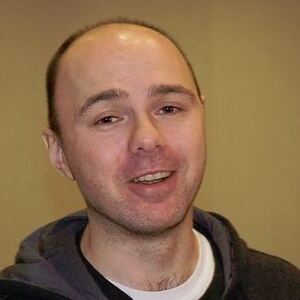