Rosalia Mera net worth: Rosalia Mera is a Spanish businesswoman, entrepreneur and billionaire who has a net worth of $6.1 billion. Rosalia Mera is the co-founder of Inditex, and one of the richest people in Spain. She dropped out of school at the very young age of 11 to work as a seamstress.

A move that later made Mera start making dressing gowns and lingerie along with her then-husband Amancio Ortega. Nowadays, Inditex, parent company of the Zara retail stores, is has become a true textile empire. Made up of almost a hundred companies that deal with textile design, production and distribution, Inditex operates over 5,500 stores in 77 countries across the globe and owns brands like Massimo Dutti, Bershka, Oysho, Pull and Bear and Stradivarius. Although Mera and Ortega are long-divorced, Mera still holds a 5.1% stake, which has diversified after the retailer's 2001 stock market launch. Mera invests her money in various other companies like a marine fish farming group, a company that creates sea-products for cancer treatment, as well as a maker of a fingerprinting system for newborns. She has also made a heavy investment in London's exclusive Bulgari Hotel, and also she holds a jazz contest for young musicians in Spain. Having a physically and mentally disabled child, her son Marcus, Mera actively works on the integration of these children into society through her Paideia Foundation. 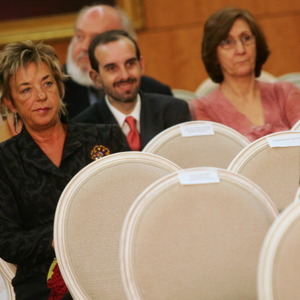