The thing about being in the very top tier of wealth on Planet Earth, is that the rankings have a way of crystallizing and not changing too much over time. So it's a big deal when the list gets shuffled. And that's what has recently happened, to the benefit of Amancio Ortega. Despite the fact that he's not very well known, the financial gods have smiled on him, and he is now officially the second-richest person in the world. Ortega's $71 billion net worth slightly edges out Warren Buffett's $70 billion. That means that if Ortega ever gets strapped for cash, there's literally only one person on the planet he can hit up for the money – Microsoft founder and world's richest human, Bill Gates, who has a net worth of about $85 billion.

Amancio Ortega is number one in the realm of fashion, at least as far as wealth is concerned. He's the owner of Zara, a hugely successful retail conglomerate that reaches all across the world. But despite his huge success and his status as one of the world's richest people, he's managed to avoid the public spotlight almost completely. He's been photographed only sparingly, and the number of interviews he's given over the course of his career is in the single digits. 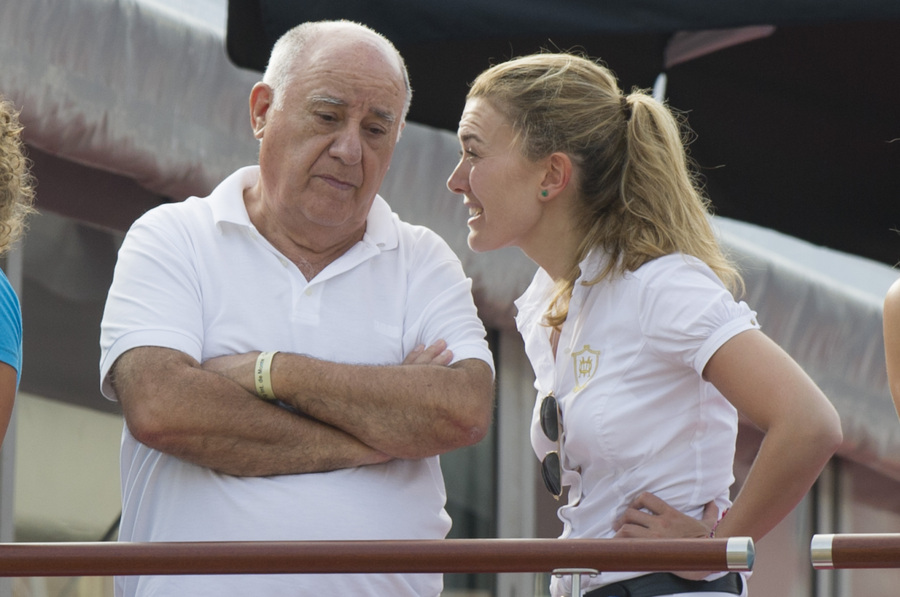 And unlike many of the billionaires trailing behind Ortega in the worldwide wealth race, he wasn't born rich. He opened his first Zara store back in 1975, using money he'd saved up from organizing sewing co-ops in his then home of A Coruña, Galicia (a small seaside town that, incredibly, he still calls home). The business savvy he demonstrated in the early days of his company's history served him well, and it continues to do so, now that he's the second-richest man on Earth.

Since then, Zara has established its niche in the fashion world by delivering its merchandise with an unprecedented level of speed and turnaround rate. Unlike most fashion retailers, Zara changes its stock twice a week, and at that pace, the company is said to produce around 10,000 different designs each and every year. To put the impact of Zara's speed into greater perspective, just know that the company claims to be able to bring a completed piece from initial development, to store racks, in just two weeks – a process that takes most of their competitors six months or more to complete.

Don't expect Ortega's lifestyle to go through any big changes now that he's number two on the list of the richest people. In addition to his aforementioned tendency toward reclusive behavior, he's also somewhat famous for his low key, modest lifestyle. For example, he is known to wear the same style uniform of blue blazer, open-necked white shirt and gray pants, every day – and no, there's not a Zara item among them. He can also be spotted taking his meals at the Zara company cafeteria, where his blue collar employees eat during the day, which makes his talent for effectively avoiding pictures and the spotlight even more impressive.

If Bill Gates keeps following through on his promise to give away most of his money, Amancio Ortega may one day find himself the world's richest man – but don't expect to hear him give a press conference or a public statement on the matter – it wouldn't be his style. 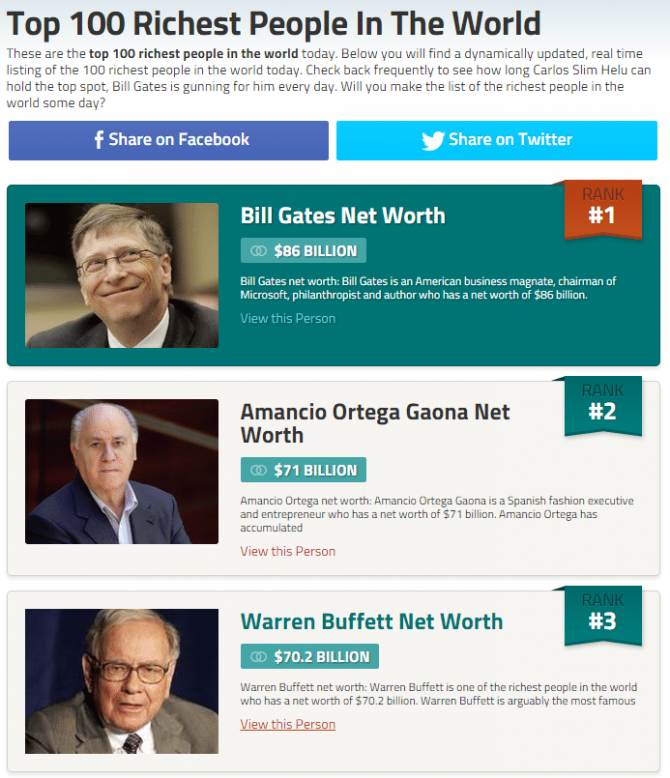