What is Amancio Ortega's Net Worth?

Amancio Ortega Gaona is a Spanish fashion executive and entrepreneur who has a net worth of $50 billion. Amancio Ortega Gaona earned his fortune as the founder of Inditex, which is the parent company of fashion empire Zara. Amancio has spent the last several decades quietly being one of the wealthiest people in the world. He keeps a famously low profile and likely wouldn't be recognized dining in a random American restaurant.

Also known simply as Amancio Ortega, this entrepreneur makes every effort to keep his private life firmly hidden behind closed doors. Because of this, very little is known about Ortega aside from his business dealings. That being said, it's difficult to avoid media attention when you're one of the richest individuals on the planet. At one point, Ortega was the richest person on the planet.

Amancio Ortega Gaona was born on March 28th of 1936 in Leon, Spain. Ortega grew up in Leon until his father, a railroad worker, relocated the family to A Coruna to pursue job opportunities. Amancio Ortega was 14 at the time, and he left school when he moved to A Coruna. He soon found work at a local shop that made shirts on-site. Over the years, he learned how to make various clothes by hand, sparking his passion for fashion in the process.

Not much is known about Amancio Ortega's next few years, but he started a company that sold quilted bathrobes at the age of 36. The company was called Confecciones Goa, and it was founded in 1972. The real beginning of Ortega's empire came three years later when he co-founded his first Zara store with his wife, Rosalia Mera.

In the year 2000, Amancio Ortega made his first public appearance in order to prepare for Zara's public offering on the stock market in 2001. In 2009, Zara became part of the Inditex group. Today, the parent company also owns and operates 6,000 other stores and brands, including Massimo Dutti, Tempe, and Pull and Bear. The Inditex group employs more than 92,000 people. According to reports, Amancio Ortega was extremely "hands-on" in regards to his leadership of Inditex.

In 2011, Ortega retired from his involvement with Inditex. However, Ortega is still very involved in real estate. Since his retirement, he has purchased skyscrapers in Madrid and hotels in Miami. In 2019, it was reported that Ortega had purchased the building that contains Amazon's headquarters in Seattle. 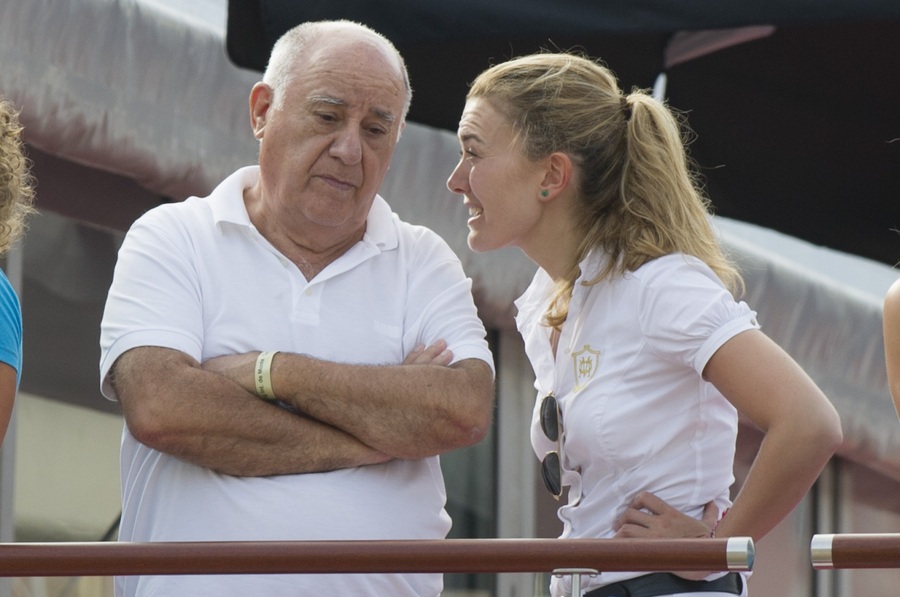 Very little is known about Amancio Ortega's private life. Prior to 1999, there were no images of him that were made available to the public. To date, he has only ever conducted interviews on three separate occasions. On the rare occasions wherein he's photographed publicly, he wears modest clothes that are not produced by Zara.

Although he married Rosalia Mera in 1966, the couple divorced in 1986. Ortega married again in 2001 and has three children. Because his ex-wife co-founded Zara, she was once the richest woman in Spain and the world's wealthiest "self-made" woman. She passed away in 2013 at the age of 69.

During a brief period in 2015, Amancio Ortega climbed the ranks to become the wealthiest person on the planet, overtaking Bill Gates. This was because Inditex stocks peaked during this time. As the head of the Ortega family, Amancio leads the wealthiest family in all of Europe. The Ortegas have become a dynasty, and many of Amancio's children and relatives have become extremely wealthy in their own various endeavors thanks to the foundation laid by Amancio's original success.

In terms of retailers alone, Amancio is the second-wealthiest individual. His wealth is essentially a direct reflection of Inditex's stock value. In 2009, Ortega owned 52.9% of Inditex stocks. In 2016, he consolidated even more control and wealth by obtaining 60% of Inditex stock.

He has received more than $4.5 billion worth of dividends since the company's IPO in 2001. Ortega has invested in real estate in the United States and Europe and owns a property portfolio valued at $1.4 billion. In addition, he controls a 21.6 percent stake in real estate giant Grilse. The rest of the company is owned by his wife Flora as well as his daughter Marta. Someone close to Ortega verified his net worth but asked not to be identified. 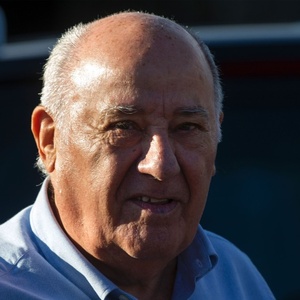