By Amy Lamare on January 13, 2021 in Articles › Billionaire News

Kelly Loeffler lost her senate re-election campaign but she has about a billion reasons to smile. Her husband, Jeffrey Sprecher is a brand new billionaire thanks to his company, Intercontinental Exchange (ICE), which owns the New York Stock Exchange. ICE's stock rose more than 22% in 2020, making the market value of the company $63 million. Sprecher is the CEO of ICE and owns about 1% of the company. We know who Kelly Loeffler is, but who is Jeffrey Sprecher?

Sprecher was born in 1955 in Madison, Wisconsin. He attended the University of Wisconsin where he was a member of the Sigma Alpha Epsilon fraternity. He graduated in 1978 with a bachelor's degree in chemical engineering. He got his MBA at Pepperdine University in Malibu in 1984. He went to work for the HVAC company Trane, where he met William Prentice. Prentice was developing power plants following the deregulation of that industry. He offered Sprecher a job at Western Power Group in 1983. In 1996, he bought Atlanta-based Continental Power Exchange for $1 plus the company's debt. Continental handled 1990s energy trading. This company became the foundation for Intercontinental Exchange, which Sprecher founded in 2000 as an online marketplace for energy trading. 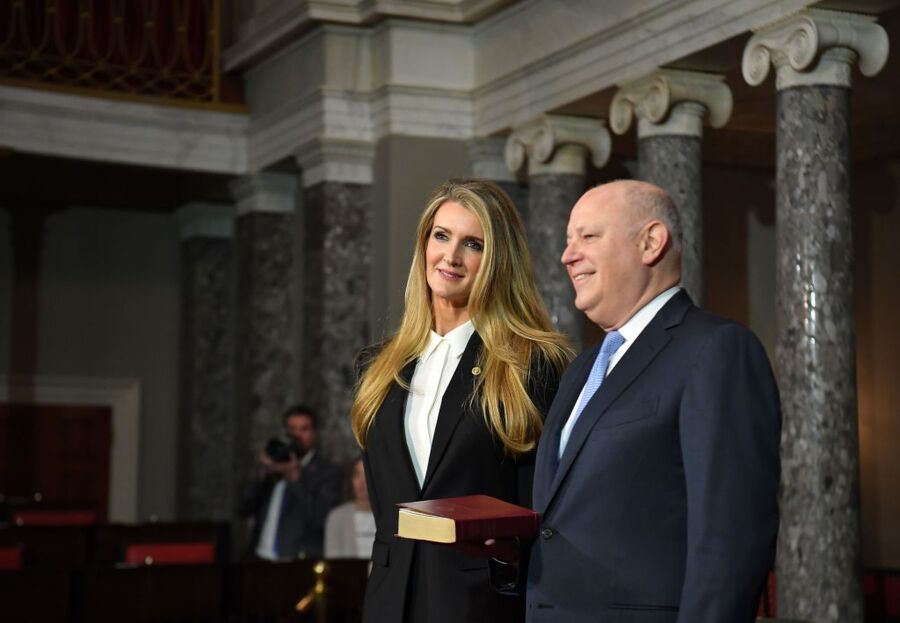 Sprecher approached Enron on behalf of ICE to become a client. Instead of joining, Enron started a competing electricity trading platform which quickly grew to dominate the market. When Enron collapsed in 2001, ICE benefitted. ICE then went on an acquisition buying spree, purchasing International Petroleum Exchange in 2001, the New York Board of Trade in 2006, Creditex in 2008, The Clearing Corporation in 2009, the Climate Exchange in 2010, NYSE Euronet and Singapore Mercantile Exchange in 2013, SuperDerivatives in 2014, and Interactive Data Corporation in 2015.

In 2020, ICE purchased Ellie May, the company that processes more than 40% of all new U.S. residential mortgages. The explosion in housing sales during the pandemic combined with low interest rates have made Ellie Mae a big part of ICE's business in the last year.

Sprecher and former U.S. Senator Kelly Loeffler have been married since 2004. Loeffler worked at ICE from 2001 to 2019. She was in charge of a cryptocurrency joint venture between her company, Microsoft and Starbucks, called Bakkt, during her years at ICE. She also marketed a way for the biggest banks to keep trading in the months after the 2008 financial crisis brought the global economy crashing down. Her initiative rewarded the banks that helped contribute to the crisis in the first place and it was registered in a tax shelter in the Cayman Islands so the banks could avoid paying tax in the U.S.

They live in a $10.5 million, 15,000-square-foot estate in the Tuxedo Park area of Atlanta. Loeffler was appointed to the U.S. Senate by Georgia governor Brian Kemp after Johnny Isakson retired in 2019. Loeffler hasn't been paying as much attention to her Senate job since the election on November 3. She didn't vote in 50 out of 65 votes since the November 3rd election. She skipped them to campaign in an effort to hang on to her job and actually get elected to it rather than appointed. She was embroiled in a close race against the Rev. Raphael Warnock for re-election. The race was called for Warnock on January 5.

Loeffler and Sprecher were investigated by the Justice Department and Senate Ethics Committee after they sold stock after a briefing on the coronavirus before the market crashed due to the pandemic. That briefing was on January 24 and the couple sold stock the same day. In fact, between January 24 and February 14, Loeffler and Sprecher made more than 20 stock sales ranging from $1.275 million to $3 million. The couple also bought stock in two companies, one of them was teleworking software company Citrix. Teleworking company have seen their stock prices rise during the pandemic. The Senate and Justice Department dropped their investigations after they failed to find any evidence of wrongdoing on Loeffler's part.