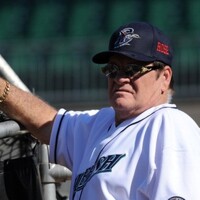 What is Pete Rose's Net Worth and Salary?

Pete Rose is a retired baseball player and manager who has a net worth of $3 million. Also known as "Charlie Hustle," Pete was a switch hitter who led the MLB in hits. With 4,256 hits, this remains an all-time record. He is also the all-time MLB leader in games played, at-bats, singles, and outs. During his playing career, he won three World Series, as well as an MVP award, a Rookie of the Year Award, and two Golden Gloves.

Following his retirement from playing baseball, Rose became a manager for the Cincinnati Reds. This ended in controversy when Pete was permanently banned after he was caught gambling on baseball games during his tenure as a manager. He later admitted that he bet on his own team. The incident resulted in Rose being banned from the Baseball Hall of Fame.

Peter Edward Rose Sr. was born on April 14th of 1941 in Cincinnati, Ohio. Raised alongside three siblings, Pete was encouraged by his parents to participate in sports from a young age. During his high school years, he played both football and baseball. His grades weren't the best in the world, and he was held back a year after his sophomore year.

Although he had the opportunity to attend summer school and advance to the next grade, Pete's father felt it was more important for him to play baseball during the summer. By the time he reached his senior year, Rose was playing amateur baseball. His uncle then helped him sign a contract with the Cincinnati Reds after Pete graduated from high school.

Rose had his debut in 1963 when the Red's regular first baseman was forced to pull out after a groin injury. Pete stepped in and later earned the nickname "Charlie Hustle" after sprinting to first base despite drawing a walk. His major league debut came later in 1963 against the Pittsburgh Pirates. His first hit came later that year, and he ended the season with a batting average of .273. After this season, Rose entered the United States Army Reserves so that he could continue to play in Reds games.

Pete really started to show his potential in 1965, and he led the league in hits during this period. Strong performances followed, and he earned a place in the 1970 All-Star game. Throughout the 70s, the Reds earned the nickname "the Big Red Machine" and became one of the most successful teams in MLB history. At this point, Rose took the position of third baseman. In 1975, the Reds won their first championship since 1940, and they repeated this feat in 1976.

In 1979, Pete signed a $3.2-million contract as a free agent with the Philadelphia Phillies. During his time in Philadelphia, Rose moved to first base and helped them win a World Series. After a stint with the Montreal Expos, Rose went back to the Reds in 1984 and became "The Hit King," breaking Ty Cobb's record in 1985 before retiring in 1986. 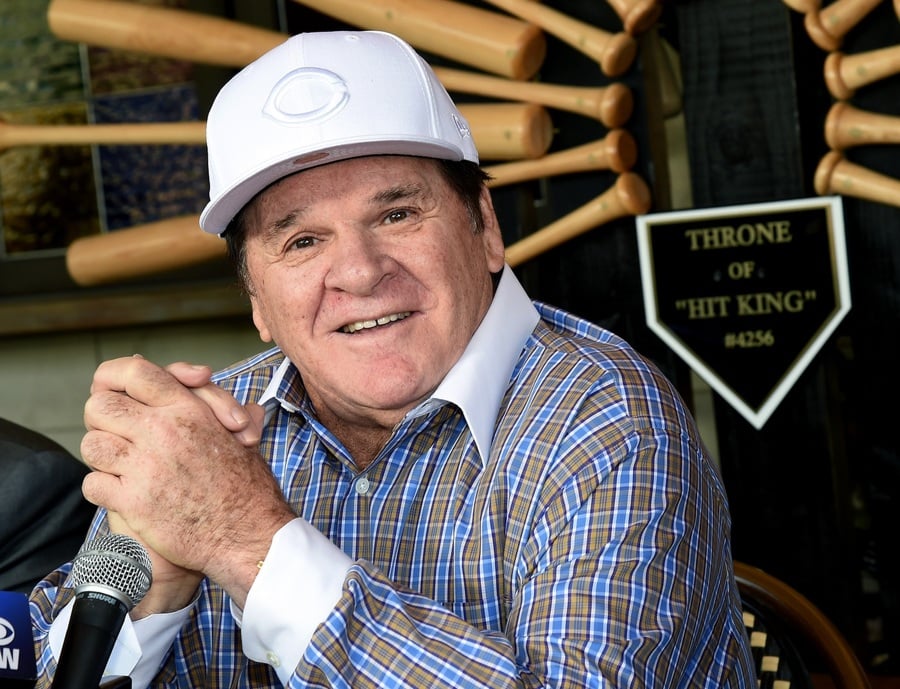 The court documents released during the divorce proceedings revealed that Rose was attempting to take possession of all of his memorabilia, which represented high-value assets. After separating from his second wife, Pete began a relationship with Kiana Kim, a "Playboy" model. This relationship sparked the creation of a reality show called "Pete Rose: Hits & Mrs." In 2011, Rose and Kim became engaged.

Rose initially denied allegations that he had bet on baseball games while acting as a manager. After an investigation, many of Pete's associates were interviewed. These included bookies and bet runners. Eventually, investigators compiled a detailed account of Rose's gambling activities during 1987. The investigation came to the conclusion that he had gambled at least $10,000 per day on baseball games, while others claimed that number was actually closer to $2,000.

Although Pete continued to deny the allegations, he eventually accepted the fact that the MLB was placing him on an "ineligible list." This meant that he was banned from all forms of professional baseball in the future. MLB agreed not to publish any formal conclusions from their investigation, and Pete went into therapy for gambling addiction.

In 1990, Pete Rose was charged with tax evasion after it became clear that he had been filing false income tax returns. He neglected to show the IRS that he had been earning significant amounts of income from selling autographs and memorabilia. In addition, he failed to account for the income that he had earned from horse race betting. After pleading guilty to two counts of tax evasion, Rose was sentenced to 5 months in prison and a $50,000 fine. He was released in 1991 after paying back over $350,000 in back taxes, and he was required to complete 1,000 hours of community service.

In 2014, it was reported that Pete Rose had sold his home in Sherman Oaks, California for $1.96 million. Built in 1999, the 4,719-square-foot home features six bedrooms, a swimming pool/spa, and a covered patio. He had originally listed the property for $2.15 million back in 2013, although numerous price drops followed. Rose initially acquired the residence with his wife in 1999 for $913,500.