Kiely Williams is an American singer, actress, songwriter and dancer who has a net worth of $1.5 million. Kiely Williams is probably most-famous for being a member of the girl groups 3LW and The Cheetah Girls.

Kiely was born on July 9, 1986 in Alexandria, Virginia. She helped form the girl group known as 3LW in 1999, along with American actress, singer-songwriter, dancer, and television personality Adrienne Bailon and an American singer, rapper, and actress Naturi Naughton. Kiely has three younger brothers. Michelle Williams, also known as Mici Williams, is her older sister and former guardian. The debut album of 3LW, which was released in 2000, went Platinum. In the fall of 2000 3LW's first single "No More (Baby I'ma Do Right)" was released. It reached number 30 on the Billboard Hot 100.

Next she became a member of a group called "The Cheetah Girls". Williams and her fellow bandmates began working on their debut album in January 2006. In the summer of 2008 Kiely began working on her solo career. She filmed her first music video "Make Me a Drink" in November 2008, in New York City. Also in 2008 she had a starring role in the independent film Elle: A Modern Cinderella Tale. As well as a star in The Science of Cool, another independent feature. Stomp the Yard 2: Homecoming, and the role of Kandi Kane, in Elle, which was released in 2010.

Personal Life: Kiely married her longtime boyfriend, Brandon "BJ" Cox, in December 2016. They welcomed a child together in 2018. 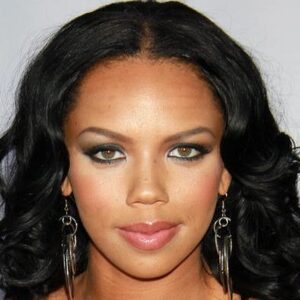