What is Kevin Feige's Net Worth and Salary?

Kevin Feige is an American film producer and businessman who has a net worth of $250 million. Feige has been the president of Marvel Studios since 2007, and his films have grossed more than $26 billion worldwide. Kevin is the highest-grossing producer in history by a mile. The second highest-grossing producer, Kathleen Kennedy (of "Star Wars" fame), has grossed $12.9 billion.

In 2000, Feige was the associate producer for the first film in the "X-Men" franchise. Since that film, he has been involved in all of Marvel Studios' productions and is considered to be the godfather of the Marvel universe revival. Kevin earned an Academy Award nomination for producing 2018's "Black Panther," the first superhero film to be nominated for Best Picture. Feige has produced more than 70 projects, including "Iron Man" (2008), "Thor" (2011), "The Avengers" (2012), and "Guardians of the Galaxy" (2014). "Avengers: Endgame," which was released in 2019, is his most commercially successful film to date (as well as one of the highest-grossing films of all time), with a worldwide gross of $2.798 billion.

Kevin Feige was born Kevin Michael Feige on June 2, 1973, in Boston, Massachusetts. He grew up in Westfield, New Jersey, and attended Westfield High School. After graduation, Kevin applied to the University of Southern California School of Cinematic Arts, where his favorite directors, Ron Howard, George Lucas, and Robert Zemeckis, honed their skills, and he was finally accepted after his sixth application. Feige graduated in 1995, and in 2014, he received the Mary Pickford Alumni Award. In 2017, he donated $500,000 to the school, establishing the Kevin Feige Endowed Fund for Creative Producing. In the late 1990s, Kevin worked as an assistant to executive producer Lauren Shuler Donner on the films "You've Got Mail" and "Volcano," and he was hired as a producer at Marvel in 2000. 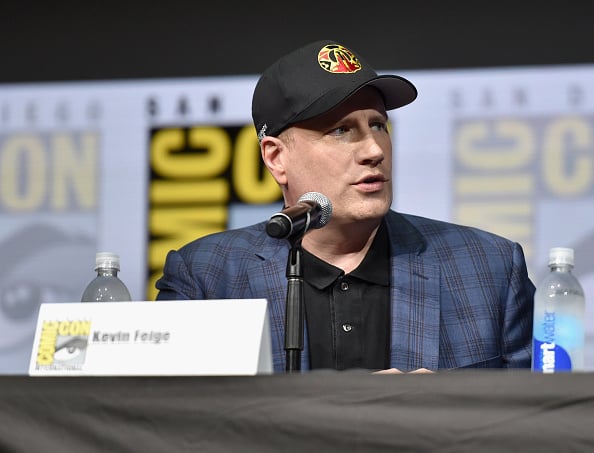 Kevin is married to a cardiothoracic nurse named Caitlin. The couple welcomed daughter Ella in 2009 and son Erik in 2012.

In 2019, "Black Panther" earned an Academy Award nomination for Best Motion Picture of the Year and was named Best Action Film at the Music City Film Critics' Association Awards and Best Studio Film at the Chicago Independent Film Critics Circle Awards. That year Feige received the Stan Lee World Builder Award from the Academy of Science Fiction, Fantasy & Horror Films, a Lifetime Achievement Award in Motion Pictures at the PGA Awards, and a Hollywood Blockbuster Award for "Avengers: Endgame" at the Hollywood Film Awards. Kevin won a Showmanship Award from the Publicists Guild of America in 2013, and he has received two Gold Derby Award nominations for Motion Picture, for "Guardians of the Galaxy" in 2015 and "Black Panther" in 2019. "Black Panther" also earned Feige a Producers Guild of America Award nomination for Outstanding Producer of Theatrical Motion Pictures and Best Picture nominations from the Online Film & Television Association and Latino Entertainment Journalists Association Film Awards. In 2019, "Avengers: Infinity War" received a Best Action Film nomination from the Music City Film Critics' Association Awards.

In 2014, they purchased a 9,000 square foot mansion a few miles away for $9.425 million. That home features seven bedrooms, eight full bathrooms, two half bathrooms, a marble fireplace, and a basement with a walk-in wine room, movie theater, and workout room. The property also features a swimming pool with a spa and an outdoor kitchen. 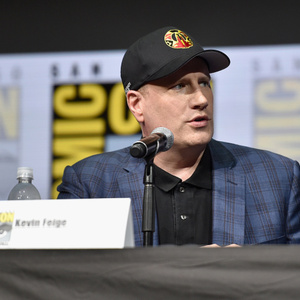