Julie Powell net worth: Julie Powell is an American author who has a net worth of $5 million. Julie Powell was born in Austin, Texas in April 1973. She is best known for her book Julie & Julia: 365 Days, 524 Recipes, 1 Tiny Apartment Kitchen. Powell graduated from Amherst College in 1995. She was working for the Lower Manhattan Development Corporation when she started her Julie/Julia Project which was a blog that chronicled her attempt to cook all of the recipes from Julia Child's Mastering the Art of French Cooking. Her most notable book was published in 2005 and it was adapted into the movie Julie & Julia in 2009. In the film Powell was played by actress Amy Adams. Her second book Cleaving: A Story of Marriage, Meat, and Obsession was published in 2009. The book was about her experiences learning the butcher trade and an affair she had after her first book was published. Julie is married to the editor of Archaeology magazine Eric Powell. 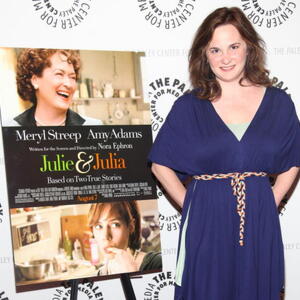