Anthony Bourdain was an American chef, author, and television host who had a net worth of $8 million dollars at the time of his death in 2018. Anthony Bourdain was best known for hosting a range of culinary TV shows. He also wrote a number of books, the most famous of which focused on cooking and culture.

Anthony Michael Bourdain was born on June 25th of 1956 in New York City. The eldest of two sons, Anthony was raised by a Catholic father and a Jewish mother, although the family was not religious. Bourdain was born in New York but he grew up in New Jersey. In his youth, he was a member of the Boy Scouts of America.

Although Bourdain attended Vassar College after graduating from high school in 1973, he quickly switched directions to pursue an education in the culinary arts. Bourdain had been passionate about cooking from a young age, but he only saw it as a potential career path after he worked as a chef in seafood restaurants across Provincetown while attending college.

Anthony Bourdain then attended the Culinary Institute of America. After graduating from this esteemed institution in 1978, Bourdain ran several successful restaurants in New York City.

Career as a Chef

Bourdain's restaurants in New York included Sullivan's, Supper Club, and One Fifth Avenue. In 1998, Bourdain formed a close relationship with the famed restaurant in Manhattan, Brasserie Les Halles. Although he only acted as their executive chef for a relatively short time, Bourdain maintained close ties with the restaurant for many years to come.

Anthony Bourdain published a number of books over the course of his career – both fiction and non-fiction. Although he didn't have much luck at the beginning of his writing career, he won widespread praise with 2000's Kitchen Confidential: Adventures in the Culinary Underbelly. The book became a New York Times Bestseller, as did later works such as A Cook's Tour, The Nasty Bits, and No Reservations: Around the World on an Empty Stomach. He later wrote his own cookbook and a series of culinary mystery books.

As a journalist, Anthony Bourdain wrote for many well-known publications. These included The New Yorker, The Los Angeles Times, The New York Times, The Times of London, The Observer, Gourmet, and Esquire. He also wrote for various magazines and created a blog that accompanied TV shows such as Top Chef. In 2011, Anthony Bourdain established his own publishing line through Ecco Press. After his death, the publishing line was shut down. 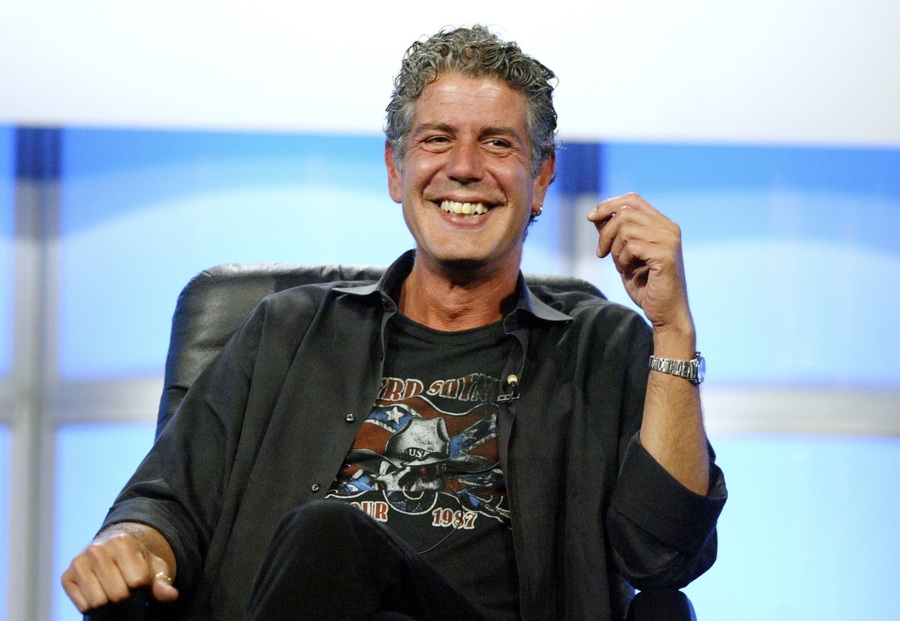 For the majority of global audiences, Anthony Bourdain was best known as a TV personality. After the success of his book, Kitchen Confidential, the Food Network reached out to Bourdain with an offer to host his own show. As a result, Bourdain starred in his first show in 2002. The show was called A Cook's Tour, and it followed Bourdain as he traveled the world to try exotic foods from various nations and cultures.

Although A Cook's Tour ended in 2003, Bourdain was given another show by the Travel Channel in 2005 entitled Anthony Bourdain: No Reservations. This was largely a carbon copy of his first television show, and it ran until 2012. In 2011, the Travel Channel gave Anthony Bourdain his first non-cooking-related show with The Layover. This show educated audiences about what they could accomplish in a given city within a period of 24-48 hours. The show ran for 20 episodes, and it spawned a celebrity-hosted spin-off called The Getaway, which was executively produced by Bourdain.

In 2012, Bourdain left the Travel Channel after becoming frustrated with the organization's leadership. In 2013, CNN debuted Anthony Bourdain: Parts Unknown. This show followed the same formula as the previous cooking shows. He also acted as narrator for PBS' The Mind of a Chef and as a judge for Top Chef on numerous occasions. In addition, Bourdain had cameo roles on a variety of other shows, such as Miami Ink and The Simpsons. In 2015, Bourdain had a short cameo in the film The Big Short.

Anthony Bourdain's first wife was his high school girlfriend, Nancy Putkoski. They married in 1985. After the couple divorced in 2005, Bourdain met mixed martial artist Ottavia Busia. They married in 2007. The couple had one child together before divorcing in 2016.

In 2017, he began a romantic relationship with Italian actress Asia Argento.

In 2018, Anthony Bourdain was found dead in a French hotel room. He had apparently hanged himself. There were no signs of violence and tests showed that Bourdain was not intoxicated at the time of his passing. His death was covered extensively by the media, with many high-profile celebrities expressing their condolences.

Although it was reported that Bourdain's net worth was only worth $1.2 million at the time of his death, his wealth was likely much more substantial. In order to figure out the true amount of his net worth, one must factor in all of his assets, and not just his checking and brokerage accounts. For example, in 2014 Anthony paid $3.35 million for an apartment in NYC. Just a few years later, that apartment was worth approximately $5 million. According to public bank records, Anthony had $1 million worth of mortgages at the time of his death.

Furthermore, a closer look at Bourdain's will shows that he created a trust in 2016 that held the majority of his assets (image rights, future income, royalties). His will dictated that the beneficiary of this trust was his daughter.

Wealthy people often use trusts that are completely separate from their wills, partly for privacy but mainly for tax advantages. Based on all of this information, an estimate of $8 million is much more accurate compared to the $1.2 million that was reported by many media sources. 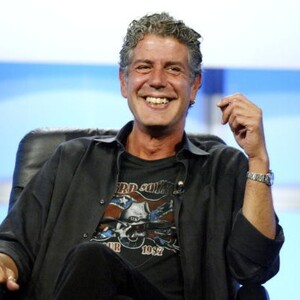