Julie Montagu net worth: Julie Montagu is an American model, health coach, yoga instructor, and reality television personality who has a net worth of $10 million dollars. Julie Montagu, also known as Julie Fisher, was born in Sugar Grove, Illinois, and began her professional career as a model. In 2004, she married Luke Montagu, Viscount Hutchingbrooke, the next Earl of Sandwich.

They were married in a major ceremony at Mapperton House, which is the Sandwich family estate. The couple has four children and they live a vegan lifestyle. Jule Montagu is one of the cast members on the hit Bravo reality series, Ladies of London. The show follows a group of high-profile women based in London, England. It is often referred to as the British version of the Real Housewives franchise, and the show is currently in its second season. Julie is known to be very down to earth and incredibly devoted to health and fitness. She released her own power yoga workout DVD and owns Julie Montagu Ltd. She has an online nutrition e-learning course, a healthy food line, a cookbook, and a recipe blog called The Flexi Foodie. 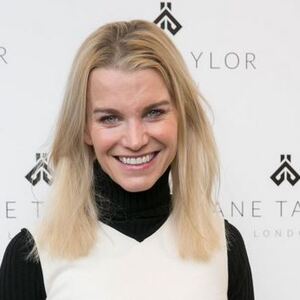