What Is Nora Ephron's Net Worth?

Nora Ephron was an American journalist, screenwriter, novelist, director, and producer who had a net worth of $40 million at the time of her death in 2012. Ephron was best known for her wildly successful romantic comedies and was nominated for three Academy Awards.

Sadly, Ephron passed away from complications of acute myeloid leukemia in June 2012.

Nora Ephron was born on May 19, 1941, in New York City. She grew up in a Jewish household in Beverly Hills, California, with mother Phoebe, father Henry, and younger sisters Delia, Hallie, and Amy. Ephron's parents were screenwriters and playwrights, and all four of their daughters pursued writing careers; Nora, Delia, and Amy went into screenwriting, and Hallie is a novelist. Phoebe and Henry based the character Mollie Michaelson in their play "Take Her, She's Mine" on Nora, and the character was portrayed by Sandra Dee in the 1963 film adaptation. Ephron attended Beverly Hills High School, and after graduating in 1958, she enrolled at Wellesley College, where she earned a political science degree in 1962.

After graduating from college, Nora briefly worked as a White House intern during John F. Kennedy's presidency. She applied to write for "Newsweek," but she took a job as a mail girl after she was informed that the publication didn't hire female writers. Ephron eventually left "Newsweek" and took part in a 1970 class action sexual discrimination lawsuit against the magazine. The lawsuit was covered in Lynn Povich's 2012 book "The Good Girls Revolt: How the Women of Newsweek Sued Their Bosses and Changed the Workplace," and it was fictionalized for the 2016 Amazon Prime Video series "Good Girls Revolt."

After Ephron lampooned the "New York Post" in "Monocle" magazine, the "Post's" editor offered her a job, and she spent five years working as a reporter there. In the mid-1970s, Nora and her then-husband Carl Bernstein rewrote a script for the film "All the President's Men," and though their script wasn't used, someone who read it offered Ephron a screenwriting job, for the 1978 TV movie "Perfect Gentlemen." Her first feature film screenplay was for 1983's "Silkwood," which she co-wrote with Alice Arlen. The duo earned an Academy Award nomination for the screenplay.

Nora's next project was the "Heartburn" screenplay, which was based on her 1983 novel of the same name. In the film, Meryl Streep played a fictionalized version of Ephron. Nora then wrote and produced 1989's "When Harry Met Sally…" and "Cookie" (co-written with Alice Arlen). "When Harry Met Sally…" starred Billy Crystal and Meg Ryan, and it grossed $92.8 million against a $16 million budget. The film was ranked #23 on "AFI's 100 Years… 100 Laughs" list in 2000. 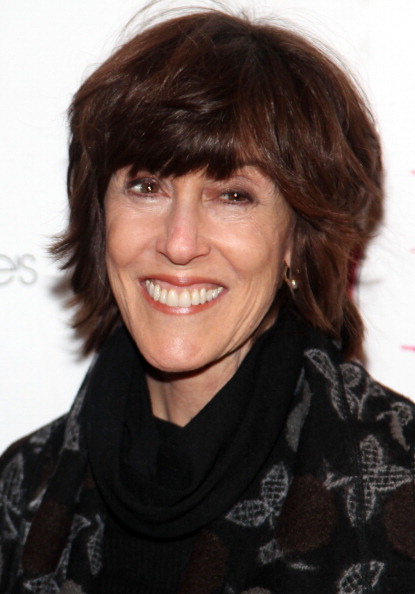 Next, Ephron wrote and produced the 1990 Steve Martin-Rick Moranis comedy "My Blue Heaven," then she made her directorial debut with 1992's "This Is My Life," the first screenplay she wrote with her sister Delia. Nora wrote and directed 1993's "Sleepless in Seattle," which starred Tom Hanks and Meg Ryan. The film was a massive hit, bringing in $227.8 million at the box office. Ephron directed 1994's "Mixed Nuts" and 1996's "Michael," which were both co-written with Delia, then she produced the 1998 film "All I Wanna Do." That year Nora also co-wrote (with Delia), directed, and produced the Meg Ryan-Tom Hanks romantic comedy "You've Got Mail." The film was an even bigger hit than "Sleepless in Seattle," grossing $250.8 million. Ephron teamed up with Delia again for 2000's "Hanging Up" and 2005's "Bewitched," which were also produced by Nora, and she directed and produced 2000's "Lucky Numbers." Ephron's final film was 2009's "Julie & Julia." She wrote, directed, and produced the film, which starred Meryl Streep and Amy Adams, and it grossed $129.5 million at the box office.

Nora married writer Dan Greenburg on April 9, 1967, and after they divorced in 1976, she wed journalist Carl Bernstein on April 14th of that year. Ephron and Bernstein welcomed sons Jacob (born August 22, 1978) and Max (born November 16, 1979) before they divorced in 1980 due to Carl's affair with journalist Margaret Jay. The experience inspired Nora to write the novel "Heartburn," which was adapted into a film in 1986; Bernstein threatened to sue Ephron over the book's depiction of a husband who was "capable of having sex with a Venetian blind," but he never went through with it. Nora married screenwriter Nicholas Pileggi on March 28, 1987, and they remained together until her death. Ephron's son Jacob co-wrote and directed the 2016 HBO film "Everything Is Copy — Nora Ephron: Scripted & Unscripted," which won an Audience Prize for Documentary Feature at the Palm Springs International Film Festival.

Ephron was diagnosed with myelodysplasia, a type of cancer, in 2006, and she decided not to tell her friends or colleagues out of fear that her diagnosis would impede her career. After her death, Nora's son Jacob stated of her decision, "Certainly, she could continue writing books and essays. But getting a movie made would be impossible, because no insurance company would sign off on it. Arguably, she could do a play, but bringing it to Broadway would be difficult, given that the development process takes years." Ephron died of pneumonia, which was a complication of leukemia, on June 26, 2012, at the age of 71. Nora's memorial service took place at Lincoln Center's Alice Tully Hall, and it was attended by stars such as Tom Hanks, Meryl Streep, Steven Spielberg, Steve Martin, Nicole Kidman, and Ron Howard.

In October 2013, it was revealed that Ephron's estate was worth more than $27 million, much higher than the $15 million that was originally estimated. She left around $22 million to her husband and also left funds for her sons and other family members. The estate included over $10 million in "stocks and other investments besides real estate," and her real estate holdings totaled more than $12 million. The will also specified that $100,000 of the estate should be used to pay for Nora's memorial service at Lincoln Center.

The Elle Women in Hollywood Awards presented Ephron with an Icon Award in 2008, and she received a Muse Award from the New York Women in Film & Television in 1992. In 2009, "Julie & Julia" was named Best Movie by a Woman at the Women Film Critics Circle Awards, and Nora and her sister Delia shared a Golden Apple Award from the Casting Society of America. Ephron was posthumously nominated for a Tony for Best Play for "Lucky Guy" in 2013, and she also received nominations from the 20/20 Awards ("When Harry Met Sally…" and "Sleepless in Seattle"), AARP Movies for Grownups Awards ("Julie & Julia"), Alliance of Women Film Journalists ("Julie & Julia"), Awards Circuit Community Awards ("Sleepless in Seattle"), Edgar Allan Poe Awards ("Perfect Gentlemen"), and Satellite Awards ("You've Got Mail" and "Julie & Julia"). 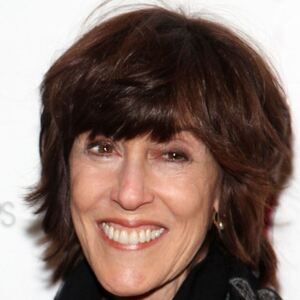