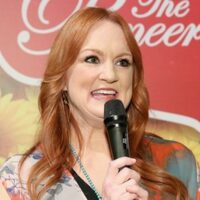 Ree Drummond net worth: Ree Drummond is an American blogger, author, food writer, photographer, television personality, and celebrity chef who has a net worth of $50 million dollars. Through her husband's family, Ree is potentially much, much richer. Ree's Husband Ladd comes from a family that owns more than 400,000 acres of land in the United States. The family lives on a working ranch outside of Pawhuska, Oklahoma with her husband and four children. Her show, "The Pioneer Woman" has aired on the Food Network since 2011.

Early Life: Ann Marie "Ree" Smith was born on January 6, 1969, in Oklahoma to William "Bill" Smith, an orthopedic surgeon, and Gerre Schwert Smith. Ree and her siblings (two brothers, Doug and Mike, and a sister Betsy) grew up in the town of Bartlesville, Oklahoma. The town is primarily known as an oil town and is located about 50 miles north of Tulsa not far from the border of Kansas. She graduated from Bartlesville High School in 1987. She enrolled at the University of Southern California in Los Angeles. She was a member of Pi Beta Phi sorority in college. She graduated in 1991 with with a bachelor's degree in gerontology. She moved home for the summer with the intent of following her then-boyfriend to Chicago and going to law school. That plan changed when she met Ladd Drummond one night in a bar.

Career: Ree Drummond began blogging in 2006, writing about home-schooling, and sharing recipes with extensive instructions and photographs of the entire process. Her blog, called, The Pioneer Woman (it was originally called Confessions of a Pioneer Woman) went on to win multiple awards, including top honors at the Weblog Awards. The blog was also named 2010's Weblog of the Year. She also launched the popular recipe site, "TastyKitchen.com." She has published multiple best-selling books. Her memoir From Black Heels to Tractor Wheels, which chronicles her experience going from life in Los Angeles and plans to attend law school in Chicago to her current life on a rural ranch in Oklahoma, reached #2 on the New York Times Bestseller List and was in talks to be made into a movie with Reese Witherspoon playing Ree. That's never materialized. She also wrote the bestselling book, The Pioneer Woman Cooks: Food from My Frontier. Other books she has authored include Charlie and the Christmas Kitty, The Pioneer Woman Cooks: A Year of Holidays: 140 Step-by-Step Recipes for Simple, Scrumptious Celebrations, and Charlie and the New Baby. As of this writing, Drummond has written 15 books.

Drummond's blog has been referenced in the Los Angeles Times, The New York Times, and BusinessWeek. In 2009, Drummond's Confessions of a Pioneer Woman was named one of the "25 Best Blogs" in the world by Time Magazine. 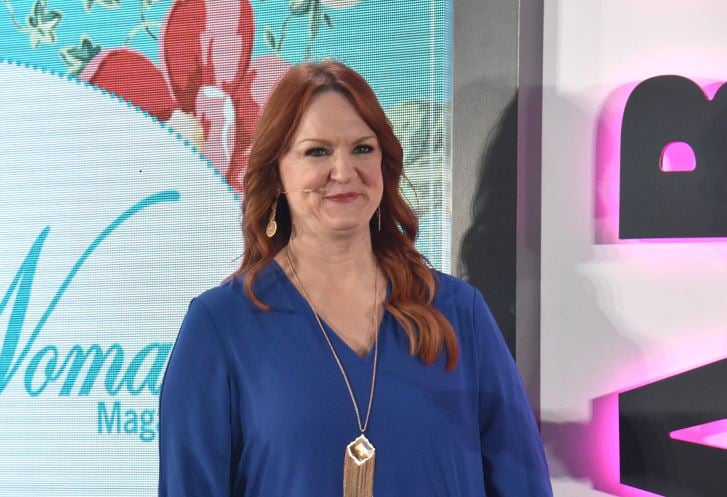 Drummond's first foray into television was on an episode of Throwdown! with Bobby Flay. She challenged the celebrity chef to a Thanksgiving face-off. Flay made a trip out to Ree's Oklahoma ranch for the special event. The episode aired in November 2010 on the Food Network. Drummond narrowly beat Flay in the competition. A year later Drummond's "The Pioneer Woman" debuted on the Food Network.

In late 2016, the Drummonds opened The Merc, a restaurant retail store located in a 100-year-old downtown Pawhuska building that they bought and began renovating in 2012. In April 2018 the Drummonds also opened a bed and breakfast, called The Boarding House. The Drummonds also opened P-Town Pizza and an ice cream parlor called Charlie's Sweet Shop in downtown Pawhuska, Oklahoma. Ree wanted tourists to enjoy her small town as much as she does. She also offers tours of The Lodge, the building on her ranch that her photoshoots and television appearances are taped in. Ree's website offers people interested in visiting Pawhuska a range of activities to do including visiting Osage Outfitters to get an authentic pair of cowboy boots, taking a walk across a swinging wooden bridge that dates back to 1926, visiting the Osage Nation Museum to learn about the Native American tribe that calls that part of Oklahoma home, and visiting the scenic Tall Grass Prairie Preserve.

Personal Life: Ree met Ladd Drummond in a bar in the mid-1990s. Ree married Ladd, on September 21, 1996. She refers to her husband as "the Marlboro Man" in her books and her blog. They spent their honeymoon in Australia. The Drummonds live on a cattle ranch about eight miles west of Pawhuska, Oklahoma. Ladd Drummond is a fourth-generation member of a prominent Oklahoma cattle ranching family. Ladd Drummond was already working as a cowboy when Ree met him. He's a graduate of Arizona State University.

They have four children – Alex, Paige, Bryce, and Todd. Alex is a graduate of Texas A&M University, while Paige attends the University of Arkansas. The couple home school their children.

Real Estate: Ladd Drummond's family is the 23rd largest landowner in the United States. As a family, they own an astonishing 433,000 acres of land over 675 square miles. According to a government report, in the last 10 years, the Drummond family has been paid more than $24 million in rent from the United States government alone. Most of the rent payments have been to continue supporting animal protection on their vast property. The Ladd family operates the Drummond Land & Cattle Co which was founded by family patriarch Fred Drummond in the late 1800s after he emigrated from Scotland. According to government records, the Drummond company is owned by just four people.