What is Nigella Lawson's Net Worth?

Nigella Lawson is a food writer and television chef from England who has a net worth of $20 million. Nigella Lawson has written such cookbooks as "How to Eat," "How to Be a Domestic Goddess," "Simply Nigella," and "At My Table." She has also hosted numerous cooking shows on television, including "Nigella Bites," "Nigella Feasts," and "Nigella Express," and has served as a judge on the reality competition series "MasterChef Australia" and "The Taste." Additionally, Lawson has a popular cookware range called Living Kitchen.

Nigella Lawson was born on January 6, 1960 in London, England to British Conservative politician Nigel Lawson, the future Chancellor of the Exchequer in Thatcher's government, and his first wife Vanessa Salmon, the heiress to the J. Lyons and Co. food and catering empire. She is of Jewish ancestry, and has a brother named Dominic and a sister named Horatia. Lawson also had a sister named Thomasina who passed away from breast cancer; additionally, she has a half-brother named Tom and a half-sister named Emily. Growing up, Lawson moved schools multiple times, attending such places as Ibstock Place School and Godolphin and Latymer School. She went on to attend the University of Oxford, from which she graduated with a degree in medieval and modern languages.

Lawson began her career in the publishing field, first working under publisher Naim Attallah. At the age of 23, she transitioned into journalism and began writing for "The Spectator," the same publication her father had previously been the editor of. There, Lawson wrote book reviews before becoming a restaurant critic in 1985. Subsequently, she became the deputy literary editor of the Sunday Times. Lawson went on to become a freelance writer, penning pieces for such publications as the Daily Telegraph, the Evening Standard, Vogue, and Gourmet.

Having been fond of cooking since her childhood, Lawson eventually got into writing cookbooks. Her first book, "How to Eat," was released in 1998; a bestseller, it sold 300,000 copies in the UK. Two years after this, Lawson released "How to Be a Domestic Goddess," which won her the British Book Award for Author of the Year. She next penned "Nigella Bites," which accompanied her television cooking show of the same name. Another bestseller, the book won the WH Smith Lifestyle Book of the Year Award.

In 2002, Lawson released her fourth cookbook, "Forever Summer with Nigella." This was followed by "Feast: Food That Celebrates Life" and "Nigella Lawson, A Biography." Lawson continued to release books as accompaniments to her many cooking programs on television; they included "Nigella Express" and "Nigella Christmas." Her other cookbooks have included "Nigellissima: Instant Italian Inspiration," "Simply Nigella," "At My Table," and "Nigella's Cook, Eat, Repeat." 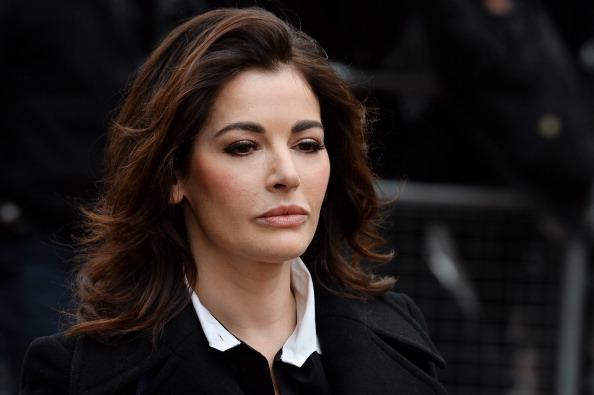 In 1999, Lawson started hosting her first television cooking show, "Nigella Bites." Aired on Channel 4, the program ran through 2001. After this, Lawson hosted "Forever Summer." Next, in 2005, she hosted the self-titled "Nigella," a daytime talk show featuring celebrity guests. Met with mostly negative reviews and low ratings, the program was soon canceled. The following year, Lawson began hosting "Nigella Feasts" on the Food Network. She subsequently hosted the three-part cooking show "Nigella's Christmas Kitchen" on BBC Two. The success of that program led to the commissioning of a 13-part series entitled "Nigella Express," which focused on fast food.

Lawson began appearing on reality cooking competition shows in 2009, when she served as a guest judge on "Top Chef." Two years later, she served as a guest judge on "MasterChef Australia"; she returned to that show in 2016, and again in 2018. During this time, Lawson also hosted the eight-part series "Nigellissima," and starred alongside Anthony Bourdain as a judge on the reality cooking competition series "The Taste." Among her other television credits, Lawson hosted "Simply Nigella," "Nigella: At My Table," and "Nigella's Cook, Eat, Repeat."

Through her many television cooking programs, Lawson has cultivated a relaxed, casual style of presenting. She is known for her relatively simple manner of cooking, eschewing the extravagant preparation methods other television chefs often embrace. Additionally, Lawson has often been recognized for her flirtatious presenting style, with many commenting on her physical attractiveness. However, Lawson herself denies that her presenting is flirtatious, claiming that it's only meant to be intimate.

In 1992, Lawson wed journalist John Diamond, whom she had met six years earlier when both were writing for the Sunday Times. The pair had a daughter named Cosima. In 1997, Diamond was diagnosed with throat cancer; he later passed away in 2001. A couple years later, Lawson married businessman Charles Saatchi. The marriage was an abusive one, as Saatchi frequently assaulted and intimidated Lawson; they eventually divorced in 2013.

Notably, Lawson turned down an OBE from Queen Elizabeth II in 2001. She did this because she felt her modest profession did not call for such a prestigious honor.