How much is Amy Adams Worth?

Amy Adams net worth and salary: Amy Adams is an Italian-born American actress who has a net worth of $60 million. Adams has placed three times in annual rankings of the highest-paid actresses in the world.

Early Life: Amy Adams was born on August 20, 1974 in Vicenza, Veneto, Italy. Her dad was in the Army at the time of her birth and had recently moved the whole family to Italy. They were stationed at the Caserma Ederle military complex. The family moved to Castle Rock, Colorado when Amy was eight years old. After her dad left the Army, he sang professionally in nightclubs. Adams has described some of her fondest childhood memories as going to her father's shows and drinking Shirley Temples at the bar. The family of nine loved to camp and hike together and perform amateur skits written by their parents. She was raised for a while in the Mormon church but the family stopped attending after her parents got divorced in 1995. Amy sang choir when she attended Douglas County High School and trained as a ballet dancer during her free time. After graduation, she and her mother moved to Atlanta, Georgia, and Amy opted out of attending college. To support herself, she worked as a greeter at a Gap store as well as a waitress.

Career: Adams got her start in the entertainment industry in the mid '90s by performing in dinner theater all across the country before landing a series of small parts in television and in films. She worked as a dancer, but the job required her to first wait tables before getting up on stage to perform. She landed a job at the Minneapolis-based Chanhassen Dinner Theater where she performed for the next three years. Adams has described the job as very grueling and she suffered many injuries over her years at the theater. While she was at Chanhassen, she acted in her first film, "The Chromium Hook." In 1999, she was cast in a supporting role in "Drop Dead Gorgeous" starring Kirsten Dunst and Kirstie Alley. Encouragement from her co-star Alley prompted Adams to move to Los Angeles to start a film career. She found the adjustment to Los Angeles difficult and often longed for her life back in Minnesota during her first days after the move.

Amy's first assignment came her way shortly in the form of a Fox TV series called "Manchester Prep," a spin-off from the popular film "Cruel Intentions." However, following several script revisions and two production shutdowns, the series was ultimately canceled. The three filmed episodes were released later as "Cruel Intentions 2." From 2000 to 2002, Amy appeared in guest roles on several television series including "Buffy the Vampire Slayer," "The West Wing," and "That '70s Show."

Her film roles were mostly B movies until she landed the high-profile part of Brenda Strong in Steven Spielberg's 2002 film "Catch Me If You Can". The film was successful and she drew modest praise for her role, but it failed to boost her career and she was unemployed for a year after its release, nearly prompting her to quit acting. She enrolled in acting classes and received a lucrative offer to star in CBS's "Dr. Vegas", but she was dropped after just a few episodes.

Breakthrough: Adams began filming the independent comedy "Junebug" in 2005. Directed by Phil Morrison, the film premiered at the 2005 Sundance Film Festival, where Adams won a special jury prize. Adams received her first Oscar nomination for Best Supporting Actress and she won an Independent Spirit Award for her work. Later that year, she had a recurring role in "The Office" and joined the cast opposite Will Ferrell in "Talladega Nights: The Ballad of Ricky Bobby" directed by Adam McKay.

Adams' next big film was the musical romantic comedy "Enchanted." She starred as the highly joyous and optimistic Disney Princess Giselle. She also sang three songs for the film's soundtrack. Her performance was compared to Julie Andrews and she received a Golden Globe nomination for Best Actress in a Comedy or musical. This was her first commercially successful role to date, raking in $340 million worldwide. Following the success of "Enchanted," Adams played the role of Bonnie Bach in "Charlie Wilson's War" starring Tom Hanks. Adams starred as an aspiring American actress in London in the 2008 comedy "Miss Pettigrew Lives for a Day." She next starred alongside Meryl Streep and Philip Seymour Hoffman in "Doubt." She was nominated for an Oscar, Golden Globe, and a BAFTA for her performance. In 2009, she had scored commercial successes with her roles in "Night at the Museum" and "Julie & Julia." 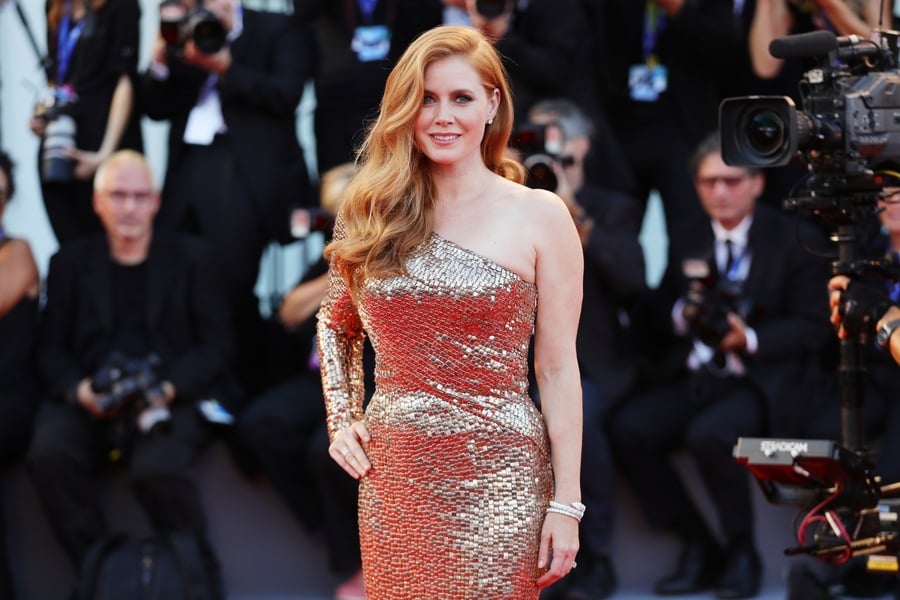 Amy's next release was the boxing drama "The Fighter." Adams, playing a role that was a far departure from her previous whimsical, comedic characters, received Oscar, Golden Globe, and BAFTA nominations for best supporting actress for her work. In 2011, she starred in the Disney musical "The Muppets" and recorded seven songs for the film's soundtrack. She returned to a dramatic role in Paul Thomas Anderson's drama "The Master," in her final collaboration with Philip Seymour Hoffman before his death two years later.

In 2013, Adams featured in the Spike Jonze drama "Her." She enjoyed further success when she co-starred with Christian Bale and Bradley Cooper in the critically acclaimed "American Hustle."  She won her first Golden Globe for Best Actress for her role and her fifth Oscar nomination. Both movies were deemed by critics as among the top films of 2013 and they were both nominated for the Academy Award for Best Picture. The following year, Amy received her second consecutive Golden Globe Award for Best Actress for her work in "Big Eyes."

After a short hiatus, Adams released three films in 2016: "Batman v. Superman: Dawn of Justice," "Arrival,' and "Nocturnal Animals." "Arrival" was a box office smash and earned over $200 million against a $47 million dollar budget. Adams received BAFTA and Golden Globe nominations for her work.

In 2018, Adams returned to TV with an HBO series based on Gillian Flynn's thriller "Sharp Objects." Her performance received critical acclaim and Adams received both a Golden Globe nod and her first Emmy nomination. Later that year, she teamed up with Christian Bale for the third time in Adam McKay's political satire "Vice." For "Vice," Amy received her sixth Oscar and seventh BAFTA nominations.

Personal Life: Amy has been dating a fellow actor named Darren Le Gallo since 2001, they welcomed a daughter named Aviana in 2010. They married in 2015 and reside in Beverly Hills, California. She attracts little gossip or tabloid attention and aims to keep her life private and low-key. She makes an effort to achieve a healthy work-life balance and to remain unaffected by her fame.

She supports the Trevor Project and the New York City Ghetto Film School, and in 2020 she launched #SaveWithStories with fellow actress Jennifer Garner to promote children's education during the COVID-19 pandemic school closures. 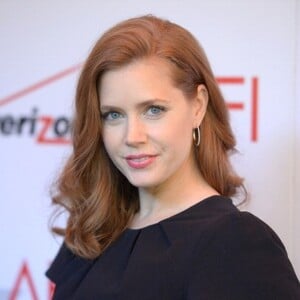