Nina Dobrev Net Worth and salary: Nina Dobrev is a Bulgarian-Canadian actress, model and singer who has a net worth of $11 million. Nina Dobrev first became famous by playing the role of Mia Jones on "Degrassi: The Next Generation." She has since carved out a respectable career that included a starring role on the series "The Vampire Diaries" and several films.

Early Life: Born Nikolina Konstantinova Dobreva in Sofia, Bulgaria on January 9, 1989, Nina Dobrev moved to Canada when she was a toddler. She was raised in Toronto by her father Kamen Dobrev, a computer specialist, and her mother Michaela Dobreva, an artist. She has one sibling, an older brother Aleksander Dobrev. Nina attended Vradenburg Junior Public School and J.B. Tyrrell Sr. Public School. She took ballet and jazz classes as well as competing in rhythmic gymnastics. She also took acting classes at Armstrong Acting Studios in Toronto. During her last year of high school, Dobrev attended the arts program at Wexford Collegiate School for the Arts in Scarborough. Dobrev attended Ryerson University in Toronto, majoring in Sociology, before leaving to further her acting career.

Career: She made her on-screen debut with the 2006 film "Away From Her" and scored the part of Mia Jones on "Degrassi: The Next Generation" that same year. She was part of the show for three seasons and 52 episodes, and played Jones in the TV movie "Degrassi Goes Hollywood". Dobrev appeared in many feature films in the mid-2000s alongside her "Degrassi" gig, including "Fugitive Pieces." She also headlined several television films including "Never Cry Werewolf," "The American Mall," and two Lifetime movies. In 2007, she was featured in Wade Allain-Marcus and David Baum's music video for "You Got That Light." In 2009, Dobrev left "Degrassi" to star in the CW's "The Vampire Diaries." She played the lead of Elena Gilbert, a 500 year old vampire. In 2010, Dobrev had a minor role in the erotic thriller "Chloe", which enjoyed widespread commercial success. In 2011, Dobrev had a minor role in "The Roommate." Later that year, she was cast as Candice Kelmeckis in the film adaptation of "The Perks of Being a Wallflower" alongside Emma Watson and Paul Rudd. In 2014, Dobrev starred in the comedy "Let's Be Cops."

In 2014, she appeared in a spinoff of "The Vampire Diaries" called "The Originals." She announced in April 2015 that she was leaving "The Vampire Diaries" after six seasons. Dobrev played the role of Vicki Summers in the 2015 horror comedy film "The Final Girls." That same year, she was cast in the film "Arrivals" as well as "Crash Pad."

In January 2017, it was announced that Nina would return as Elena in the series finale of "The Vampire Diaries." Also in 2017 Nina c-starred in the action film XXX: Return of Xander Cage opposite Vin Diesel and Samuel L. Jackson. She then went on to star opposite Ellen Page as Marlo in the film "Flatliners". In March 2018, Nina was cast in the role of Clem in the CBS sitcom "Fam." It premiered in January 2019 and was canceled after just one season, in May 2019. Dobrev starred in the thriller Lucky Day in 2019. She joined the cast of the film "Run This Town" in 2019 and it was released in March 2020. 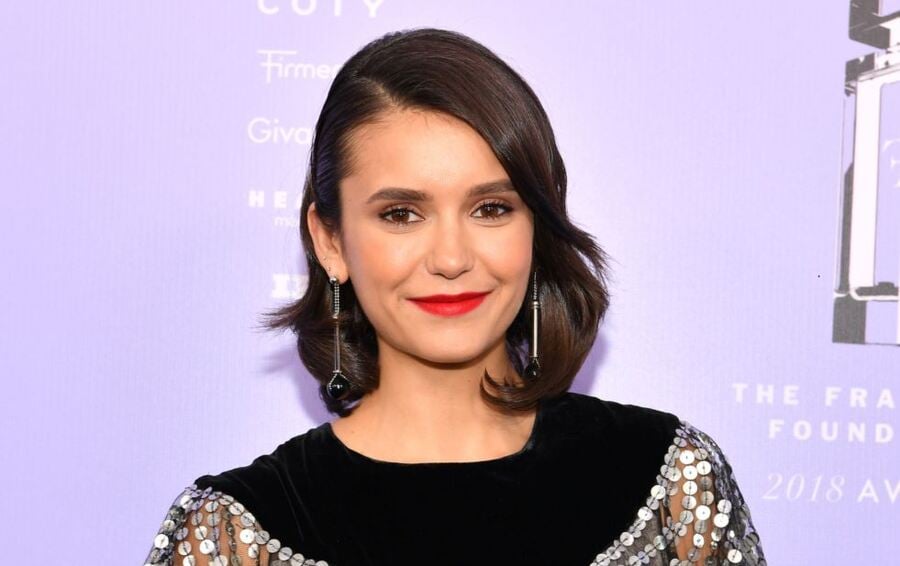 Other TV and film credits include "Too Young to Marry", "Family Guy", "Eleventh Hour", "Repo! The Genetic Opera," "How She Move", "You Got That Light","  "Dog Days," "Then Came You", "The Super Hero Squad", "Robot Chicken", "Lip Sync Battle," and "The Border". Dobrev has won a handful of awards, including Choice TV Breakout Star and Choice TV Actress at the 2010 Teen Choice Awards for her work on "The Vampire Diaries" and a People's Choice Award for Favorite TV Drama Actress in 2012. "The Vampire Diaries" enjoyed tons of commercial success and cult fandom popularity during its run.

Personal Life: Her real life mimicked her on-screen relationship in "The Vampire Diaries" with actor Ian Somerhalder, whom she began dating in 2010 and dated until 2013. In February 2020, she was spotted with Shaun White on multiple occasions. It was confirmed in April 2020 that she and the professional snowboarder were a couple.

Dobrev is an active volunteer and philanthropist. She has used her fame to support many charitable causes including Puma's 2011 non-profit "Project Pink", which supports several breast cancer charities, and "Hunger Bites", dedicated to reducing hunger in 27 districts across Pennsylvania. She has also been involved long term with the WE movement, a Canadian charity which empowers young people to be agents of change. She took a volunteer trip to Kenya where Dobrev and several of her "Degrassi" co-stars built a school as part of the Free The Children organization. In 2011, Dobrev hosted the We Day event in Toronto. She has appeared on stage at various We Day events for the last decade. She is also involved with the Elton John AIDS Foundation and the Rape Foundation. 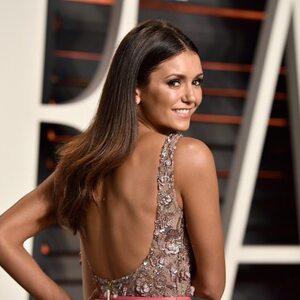