What is Julianne Hough's Net Worth and Salary?

Julianne Hough is an American dancer, singer and actress who has a net worth of $10 million dollars. She is best known for being part of the core cast of ABC's "Dancing with the Stars."

Julianne Alexandra Hough was born in Orem, Utah on July 20, 1988. She's the youngest of five children and the daughter of Marianne and Bruce Hough. All four of her grandparents were dancers. Hough began her formal training at the Center Stage Performing Arts Studio in Orem. She began dancing competitively at age nine.

At age ten, following the divorce of their parents, Hough and her brother, Derek (who is also a professional dancer and frequently performs alongside her), studied dancing overseas in London. They lived and studied with their coaches Corky and Shirley Ballas at the Italia Conti Academy of Theatre Arts. They performed at dance competitions in the UK and showcased in a UK television show. After returning to America at age 15, Hough attended the Las Vegas Academy and Alta High School.

Hough appeared as a Million Dollar Dancer on 2006's ABC show "Show Me the Money" before becoming one of the professional dancers on the hit series "Dancing with the Stars". She won season four with Olympic gold medalist Apolo Ohno and season five with Indy 500 winner Helio Castroneves. In July 2008, Hough was nominated for an Emmy for her Mambo choreography. She returned for season six of the show and danced with radio host Adam Carolla, but they were eliminated in week four. In August 2008, Hough was partnered with Hannah Montana actor Cody Linley. During their jitterbug performance in October 2008, she was rushed to the hospital with sudden, severe stomach pains. She needed her appendix removed, and recovery from surgery caused her to miss several "Dancing with the Stars" performances. Edyta Sliwinska stood in for her. Shortly after Hough returned to the show, the pair was eliminated in the semifinals. Hough came back to the show in October 2011 and danced with Kenny Wormald, as well as her brother Derek. In 2013, Hough acted as a guest judge and in 2014 she became a permanent judge on "Dancing with the Stars."

In March 2014, Julianne and Derek announced a summer tour of over 40 cities throughout the U.S. and Canada, calling their tour "Move Live on Tour." The tour was sold out and began in Park City, Kansas in May 2014 and ended in Los Angeles on July 26, 2014. Sales were so successful that they added more venues and dates along the way. Following the high demand, the Houghs announced the return of the tour for the summer of 2015. It also sold out and spanned from June to August 2015. They embarked on their "MOVE BEYOND Live Tour" in 2017.

In 2007, she released her debut single, country song "Will You Dance With Me", which registered at number 100 on the Pop 100 chart. She subsequently signed with Universal Music Group Nashville's Mercury Nashville division. Her debut album, "Julianne Hough", topped the country charts and climbed to number three on the Billboard 200. The second single off the album was "That Song in my Head."

She was part of a tour with Jewel and Brad Paisley in 2008. Hough won Top New Female Vocalist and Top New Artist at the 2009 Academy of Country Music Awards. Hough released an EP of Christmas music, "Sounds of the Season: The Julianne Hough Holiday Collection" in the fall of 2009. Since then, she has mostly ceased her singing career. 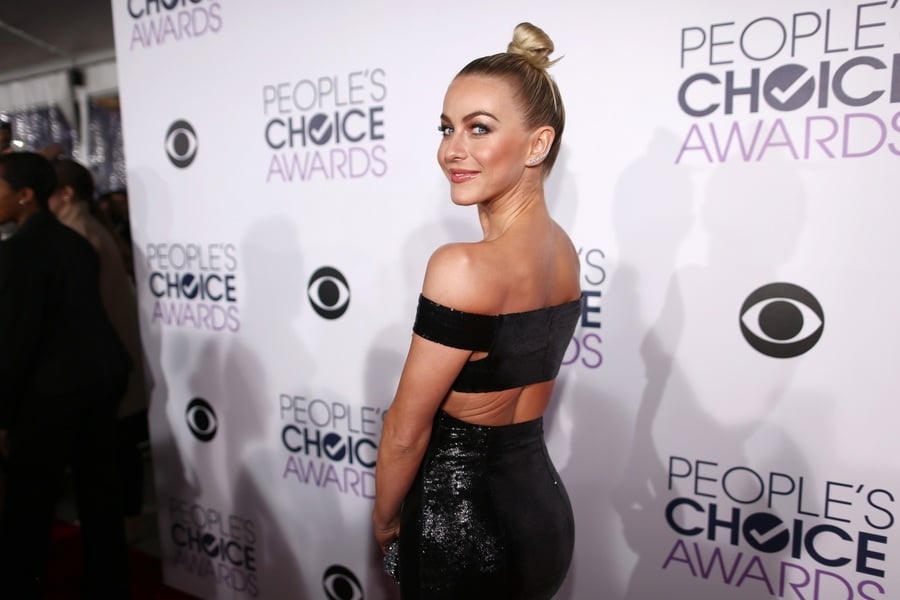 After an uncredited appearance in 2001's "Harry Potter and the Sorcerer's Stone", she landed the parts of Georgia in "Burlesque" (starring Cher and Christina Aguilera) and Ariel Moore in "Footloose". Hough starred in "Rock of Ages" with Tom Cruise and Catherine Zeta-Jones before landing the lead role with Josh Duhamel in the Nicholas Sparks' adaptation "Safe Haven" in 2013. Hough also starred in "Paradise" alongside Russel Brand, which was released in October 2013.

Hough and Derek hosted the 2016 "The Wonderful World of Disney: Magical Holiday Celebration" and the "Disney Parks' Magical Christmas Celebration", televised by ABC on Thanksgiving and Christmas Day. The specials featured performances by Garth Brooks, Trisha Yearwood, Kelly Clarkson, and a companion holiday album was released in November 2016. Also in 2016, Julianne played Sandy in FOX's live televised production of "Grease."

Hough was cast as Jolene in 2018 for the Netflix anthology series "Heartstrings." In February 2019, Hough joined the NBC series "America's Got Talent", but chose to exit in November after just one season.

Hough was an active supporter of Mitt Romney's 2012 presidential campaign. She grew up in the Church of Jesus Christ of Latter-Day Saints, but has stated she is no longer a practicing member.

Hough dated country singer Chuck Wicks from August 2008 until their amicable split in November 2009. She and Ryan Seacrest had a well-publicized relationship from April 2010 to March 2013. She started dating NHL player Brooks Laich in December 2013. They announced their engagement in August 2015, and they were married on July 8, 2017. The pair announced their separation in a joint statement in May 2020.

In 2014 Julianne paid $1.94 million for a house in the Hollywood Hills. She still owns this property as of this writing and its value has increased to an estimated $3 million. When traveling for extended periods, Julianne lists this home for rent for an eye-opening $40,000 per month. 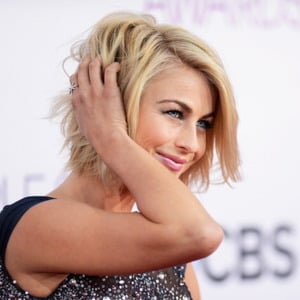