Universal TV Deal/Contract: In January 2020 signed a $60 million "mega overall" deal with Universal Television. She had spent the previous 11 years with Warner Bros. TV. The new deal allowed Julie and her production company My So-Called Company to become a creative center for new shows and show runners.

Early Life and Career: Julie Plec was born on May 26, 1972. She raduated from Northwestern University in 1994, originally majoring in film but ultimately left that department.

After graduating Julie began actively pursuing a career as a screenwriter and producer. Plec co-produced the series Wasteland in 1999. She was a co-producer on Scream 2 and Scream 3, both of which were written and produced by Kevin Williamson.

She wrote and produced the television series Kyle XY from 2006 to 2009.

In 2009, Plec teamed up with Kevin Williamson to co-create what became The Vampire Diaries. She was a writer and executive producer for the show which aired 171 episodes over 8 seasons between 2009 and 2017. In 2013 she solo-created a Vampire Diaries spinoff called The Originals, which lasted until 2018. In 2018 she created yet another spinoff called Legacies. To date, the three shows have produced well over 300 highly-syndicated and highly lucrative episodes of television.

Julie also co-created the television series The Tomorrow People and served as executive producer from 2013 to 2014. In 2016 she created, wrote, and executive produced the TV series Containment. Plec has co-produced the movies Scream 2, The Broken Hearts Club: A Romantic Comedy, Scream 3, and Cursed. She served as associate producer for the film Teaching Mrs. Tingle. In 2010 Plec was nominated for a TV Quick Award for Best New Drama for The Vampire Diaries.

Real Estate: In June 2020, Julie paid $6 million for a 6,000 square-foot home in Studio City, California. In 2011 she paid $2 million for a home in West Hollywood, which she still owns as of this writing. 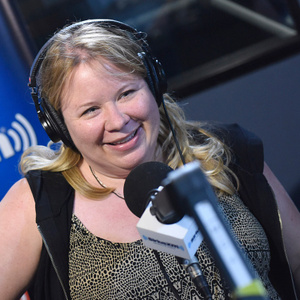