Shaun White Net Worth: Shaun White is an American snowboarder, musician, and skateboarder who has a net worth of $60 million. Also known as "The Flying Tomato" because of his distinctive red hair, White is one of the most-successful and highest-paid Olympians of all time. He has won three Olympic gold medals, 11 ESPY Awards, and 15 X Games gold medals (13 for snowboarding and two for skateboarding). In 2009, Shaun signed a 10-year multi-million-dollar endorsement deal with Burton Snowboards, and he has a close corporate relationship with the energy drink Red Bull. Other endorsements include Target, Oakley, Hewlett-Packard, and Ubisoft. These endorsements help Shaun earn an estimated $10 million per year without having to even strap on a snowboard.

Early Life: Shaun White was born Shaun Roger White on September 3, 1986, in San Diego, California. He grew up with parents Roger and Cathy, older brother Jesse, and older sister Kari. Born with a congenital heart defect called Tetralogy of Fallot, Shaun had two open-heart surgeries as a child. He started snowboarding at a young age, attempting to emulate his brother, and the White family would often spend time at the Bear Mountain and Okemo Mountain ski resorts. Shaun began winning snowboarding competitions by the time he was 7 years old, and he also excelled at skateboarding; after meeting at a San Diego skatepark when White was 9, famed skateboarder Tony Hawk became his mentor.

Career: White went pro in snowboarding at age 13 and skateboarding at age 17. Shaun's skateboarding skills earned him the title of Action Sports Tour Champion, and he was the first athlete to win the Winter X Games and Summer X Games in more than one sport. Snowboard manufacturer Burton began sponsoring White when he was 7 years old, and when he won the U.S. Open Snowboarding Championships at age 16, he became the youngest athlete to do so. Shaun competed in the Winter Olympics in 2006, 2010, 2014, and 2018, winning his first Olympic gold medal at the age of 19. In 2003 and 2004, he won the European snowboarding contest Air & Style, and in 2007, he won the Burton US Open and was named "Burton Global Open Champion." In 2008, White released the video game "Shaun White Snowboarding," and "Shaun White Snowboarding: World Stage" was released the following year. 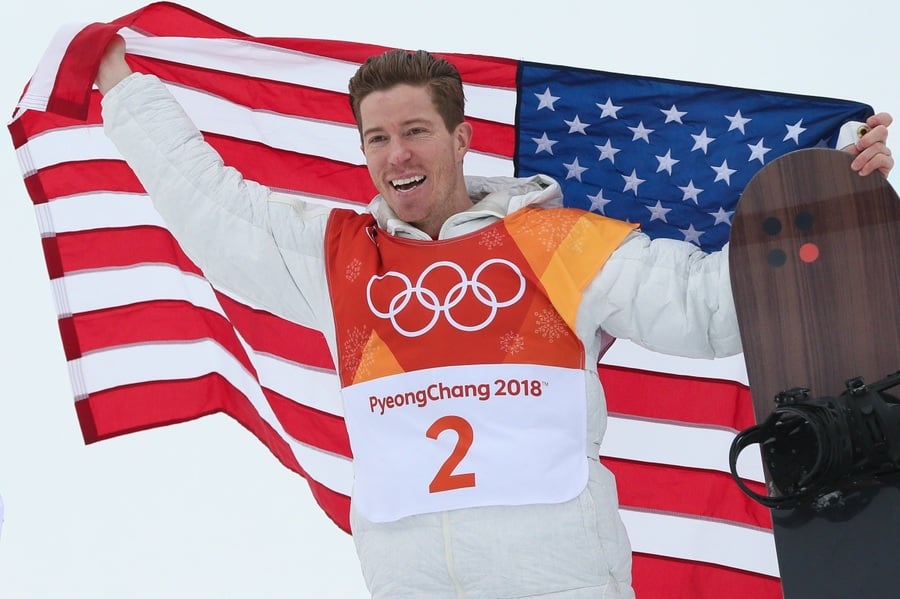 In 2009, Shaun won the FIS World Cup Men's Halfpipe competition, and in 2012, he earned a perfect score in the men's Snowboard SuperPipe at the Winter X Games, something no one had ever achieved before. He came in third place at the 2013 Pipe & Slope competition, and in 2017, he injured himself in New Zealand while training for the Winter Olympics. After crashing into the rim of a superpipe, White received 62 stitches in his face and spent five days in the hospital. Despite his injuries, Shaun was able to compete in the 2018 Winter Olympics and won his third gold medal.

White also has a career in entertainment, appearing in the films "Friends with Benefits" (2011) and "Stretch" (2014) and the Disney channel movie "Cloud 9" (2014). He has also lent his voice to the film "The Smurfs 2" (2013) and an episode of Fox's "American Dad!" (2013) and appeared in music videos by Thirty Seconds to Mars and The Black Keys. In 2012, Shaun formed the band Bad Things with Davis LeDuke, Jared Palomar, Anthony Sanudo, and Lena Zawaideh. The band signed a record deal with Warner Bros. Records in 2013 and released their self-titled debut album in 2014.

Personal Life: Shaun dated Phantogram vocalist/keyboardist Sarah Barthel from 2013 to 2019, and he began a relationship with actress Nina Dobrev in early 2020. In 2016, former Bad Things drummer Lena Zawaideh filed a lawsuit against Shaun for breach of contract and sexual harassment; the lawsuit was settled for an undisclosed sum in May 2017. In September 2012, White was arrested for vandalism and public intoxication in Nashville, Tennessee, after attending the wedding of The Black Keys' Patrick Carney; the charges were later dropped.

Real Estate: Shaun is somewhat of an underground real estate mogul with multiple luxury properties around the globe. In 2014, he paid $8.94 million for a 3-bedroom ranch house in Malibu and sold it for $11.8 million in 2020. White put his other Malibu home on the market at the same time, asking $12.75 million. In 2017, Shaun sold his 4,500 square foot Hollywood Hills home for $6.7 million and listed his New York City penthouse for $2.79 million; he relisted the penthouse for $2.95 million in 2019. 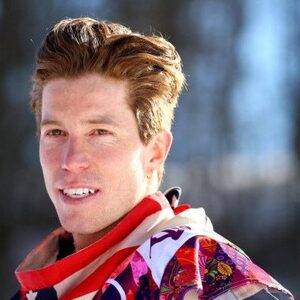