What is Vin Diesel's net worth and salary?

Vin Diesel is an American actor, director, writer and producer who has a net worth of $225 million. He rose to international fame with his role as Dominic Toretto in "The Fast and the Furious" franchise. The franchise made him one of the highest-paid actions stars in the world. He can easily earn as much as $50 million per year depending on his film output.

Between June 2019 and June 2020 Vin earned $55 million between his various endeavors. Roughly $20 million of his earnings during that period thanks to an upfront base salary for "F9". He earns more from a backend equity stake in the film that pays a cut of profits.

Vin Diesel was born Mark Sinclair on July 18, 1967, in Alameda County, California. He has a fraternal twin brother named Paul. He was raised in New York City by his mother Delora and his stepfather, Irving Vincent. Diesel's first role was at age seven in the children's play "Dinosaur Door," which was produced at the Theater to the New City in Greenwich Village. He got his part after he and his brother and some friends broke into the theater with plans to vandalize it. The theater's artistic director discovered them and offered them roles in the upcoming show instead of calling the police. Diesel remained involved with the theater throughout his childhood and teen years. He went to college at Hunter College in New York City to study creative writing.

Diesel's first film role was an uncredited appearance in 1990's "Awakenings." In 1994, he wrote, produced, directed, and starred in the short film "Multi-Facial." The semi-autobiographical film about a struggling multiracial actor and his audition process was selected to screen at the Cannes Film Festival in 1995.

Diesel made his feature film debut (credited this time) in the 1997 film "Strays." Diesel also wrote, directed, and produced the film, which screened at the Sundance Film Festival in 1997. MTV acquired the rights to "Strays" to turn it into a series.

Steven Spielberg casted Diesel in a small role in Saving Private Ryan in 1998. In 2000, he starred in the movie "Boiler Room. His breakthrough role was in 2000's "Pitch Black" as the anti-hero Riddick. He played Dominic Toretto in 2001's "The Fast and the Furious" and Xander Cage in 2002's "XXX." In 2006, he played mobster Jack DiNorscio in "Find Me Guilty."  That same year he made a cameo appearance in "The Fast and the Furious: Tokyo Drift." He returned to "The Fast and the Furious" franchise for the fifth, sixth, seventh, eighth, and ninth movies.  He also reprised his role as Riddick in 2013's "Riddick." 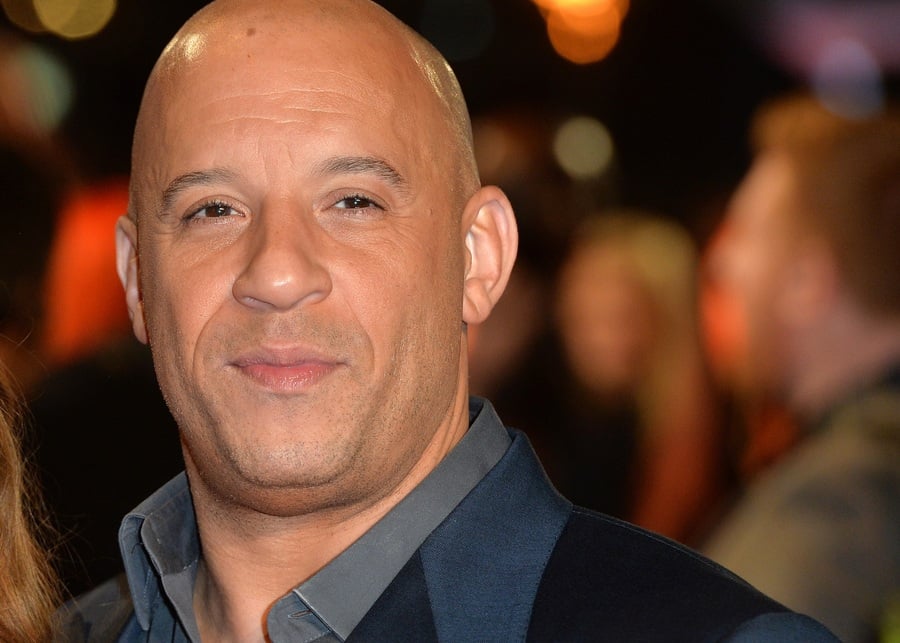 In 2001, Diesel dated his "The Fast and the Furious" co-star Michelle Rodriguez.

Diesel has been married to Paloma Jimenez since 2007. They have three children together Hania Riley, born in April 2008, Vincent Sinclair, born in 2010, and Pauline, born March 2015. Pauline is named for his friend and Fast and Furious co-star Paul Walker, who died in a car accident in November 2013. Diesel is Walker's daughter Meadow's godfather.

Diesel's trademark is his very deep voice. His voice broke when he was 15, which made him sound like an adult on the telephone.

Diesel is an avid car collector. His collection of classic American cars includes (or included) a 1969 Dodge Charger Daytona and a 1970 Dodge Charger R/T, a 1963 Chevrolet Corvette Sting Ray Grand Sport, a 1970 Chevrolet Chevelle, a 1966 Pontiac Bonneville, 1970 Plymouth Road Runner and 1974 Plymouth Barracuda. For his 52nd birthday, his "The Fast and the Furious" family gave him a 1970 Dodge Charger "Tantrum" custom built by the SpeedKore Performance Group with a 9.0 liter twin-tubo V8 engine capable of 1,650 hp. He also owns a 2011 Dodge Charger SRT-8, a 2010 BMW E60 M5, and the super rare 2014 Lykan Hypersport. The Hypersport cost $3.4 million and has jewel embedded headlights.

In late 2020, a woman reported that she got a flat tire on the 405 freeway near Los Angeles International Airport. A car pulled over behind her and it was Vin Diesel. He changed the woman's tire for her.

In December 2020, Diesel took to Instagram to commemorate the seventh anniversary of his friend Paul Walker's passing. He posted a photo of himself with Walker and captioned it: ""Seven years…Not a day passes… All love, Always."

In February 2000, Diesel purchased a 1,517 square foot home for $562,500, In 2016, Diesel listed the two-bedroom, three-bathroom home for $1.4 million. With three kids, the space got a bit small for him. Prior to listing the Hollywood Hills pad, he rented it for $5,800 per month. The kitchen opens into a dining area and living space. The master suite has beamed ceilings and French doors. The master bath has a sunken tub. The yard features a patio and pool. 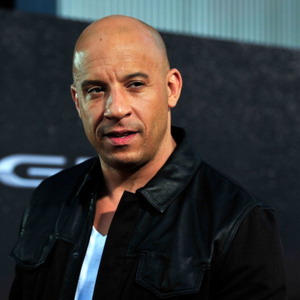