Joseph Morgan Net Worth: Joseph Morgan is a British actor who has a net worth of $3 million. Joseph Morgan was born in London, England in May 1981. He is best known for playing the role of Niklaus Mikaelson in the TV series The Vampire Diaries and The Originals. Morgan studied at Gower College Swansea and the Central School of Speech and Drama.

Joseph first appeared in the TV movies Eroica and Henry VIII in 2003. His debut film role came starring as William Warley in the 2003 movie Master and Commander: The Far Side of the World. In 2004 he had a recurring role as Troy in the TV series Hex. He had recurring roles in the TV series William and Mary in 2005, Silent Witness and Doc Martin in 2007, Casualty from 2008 to 2009, and Ben Hur in 2010. His best known role has been on the CW series The Vampire Diaries as Klaus Mikaelson since 2011 and on the spin-off The Originals since 2013. Morgan won a TV Guide Award for Favorite Villain in 2013 and a People's Choice Award in 2014 for Favorite Actor in a New TV Series. Joseph married former co-star Persia White in July 2014. 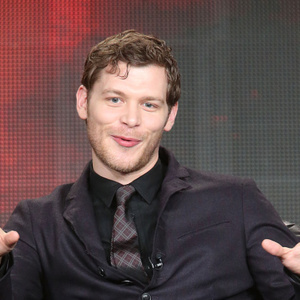