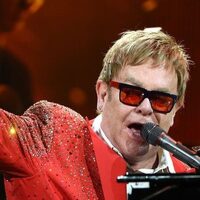 What is Elton John's Net Worth?

Elton John is an extremely popular and successful British singer, composer, pianist and songwriter. As of this writing, Elton John has a net worth of $550 million. Elton John is one of the most commercially successful artists of all time. To date he has sold more than 300 million albums worldwide. That's enough to make him the fifth best-selling musical artist in modern history behind Madonna, Michael Jackson, Elvis and The Beatles. He is frequently among the highest-paid celebrities in the world. In a touring year, Elton can easily earn north of $80 million from his various endeavors.

Sir Elton John has won just about every music award known to man. His song, "Candle in the Wind" in the best selling single in both UK and US singles chart history. He has had 50 songs in the Top 40, nine of which charted at No. 1, has enjoyed seven consecutive #1 albums, and has won an Oscar, a Golden Globe, and a Tony Award, in addition to all of his music accolades.

Elton John was born Reginald Dwight on March 25, 1947 in Middlesex, England. He began playing the piano at age three on his grandmother's piano. He started formal lessons at age seven, and won a scholarship to London's Royal Academy of Music at eleven. His father, a military man, tried, unsuccessfully, to steer him to a more traditional career in banking. His parents divorced when he was 14. His mother then married Fred Farebrother, a local painter, who proved to be a caring and supportive stepfather. Elton, his mother and stepfather moved into an apartment where years later he would continue to live even at a time when he had four Top 40 albums in the United States. His stepfather helped a 15 year old Reginald land a weekend gig playing piano at a local piano.

In 1966, he and his friends formed the band Bluesology. It was around this same time he took on the name Elton John. The name was an homage to blues legends Elton Dean and Long John Baldry.

Around this time Elton met songwriter Bernie Taupin. They would go on to collaborate on more than 30 albums which would sell over 300 million copies.

Elton John released his first albums, Empty Sky and Elton John, in 1969 and 1970, respectively. He saw seven consecutive albums top the charts between 1972 and 1975. He formed his own record label The Rocket Record Company in 1973 which released albums by Neil Sedaka. Interestingly, he opted to not release his own music on his own label and instead signed an $8 million deal with MCA. That's the same as around $40 million after adjusting for inflation.

Elton released successful albums throughout the 1980s, and in 1992, he and Taupin signed a $39 million, twelve-year contract with Warner Bros. Records. It was the largest cash advance in music history up to that point. In 1994, he composed the music for the Disney animated movie The Lion King, which earned a Grammy Award for Best Song and was certified "diamond" 1999 for selling fifteen million copies. In 1997, in response to the death of Princess Diana of Wales, John re-released his 1973 classic "Candle in the Wind". This 1997 version became the best-selling single in recording history and earned John his only Grammy for Best Male Pop Recording. John continues to tour, compose for the stage, and release best-selling albums.

He was married to German recording engineer Renata Blauel from 1984 to 1988. He eventually came out of the closet and has been in a relationship with filmmaker David Furnish since 1993, and the two were joined in a civil partnership in 2005.

Elton is perennially one of the highest-paid entertainers on the planet. Between June 2017 and June 2018, Elton John earned $45 million. Between 2011 and 2018, Elton held a Las Vegas residency called The Million Dollar Piano. He negotiated a deal where he would receive 88% of the door revenues for every show. This translated to around $500,000 in earnings per show for Elton. 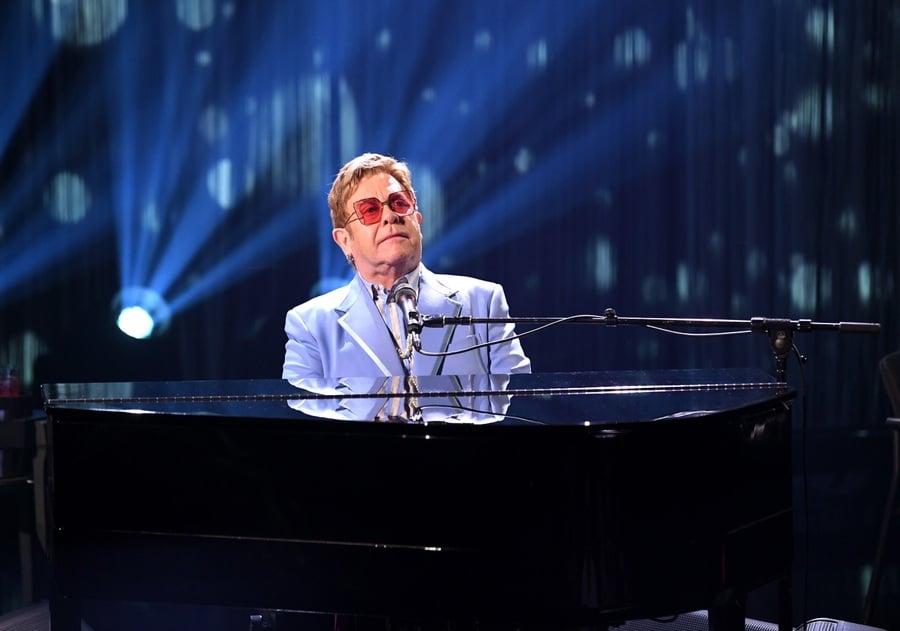 Elton's net worth was "only" $100 million in 2000. At this time in his life he was well-known as a profligate spender. He would later admit to spending $2 million a month during the late 90s, roughly $40 million total over the period. For example in one six month period alone in 1996, he spent more than $12 million on homes and half a million dollars on flowers. He acquired a museum-level collection of cars. In June 2001 he sold 20 cars that he had never even driven. His sale included a $300,000 1993 Jaguar, Ferraris, Bentleys and Rolls Royces.

Since 1974, Elton John's primary home has been a large estate called Woodside in Old Windsor, Berkshire, England. Woodside is a 37-acre estate that dates back to the 1750s. Elton acquired the property in 1974 for 400 thousand pounds, roughly the same as around $5 million USD today after inflation and currency changes. As we mentioned previously, up to that point he was still living primarily with his mother and step father in their small apartment. In 1988 he sold the entire contents of the house for $8 million at auction. He then set about refurbishing and refurnishing the entire property.

He acquired his Beverly Hills estate for $33 million in October 2015. The home is a nearly 20-acre gated property that was custom built in 2001 for the previous owner, Guess co-founder Armand Marciano. It was at one point on the market (before Elton) for $63 million. The main house is 25,000 square feet and comes with an 11-car subterranean garage, screening room, wine cellar, gym and much more.

His Atlanta property is a 12,000 square-foot duplex penthouse.

In 1987, MCA Records decided to give the hard-working musician a special present for his 40th birthday. They gave him a red 1987 Ferrari Testarossa. Made famous on the original run of "Miami Vice", in 1987, the Ferrari Testarossa was the height of cool. Able to reach a speed of 180 miles per hour, and to go from 0-60 in 5.2 seconds, the Ferrari Testarossa was arguably the most famous car to come out of the 1980s. Sir Elton's birthday present had been languishing in Australia for years, before he sold it at auction in 2001.. At the time it only had 12,427 miles. 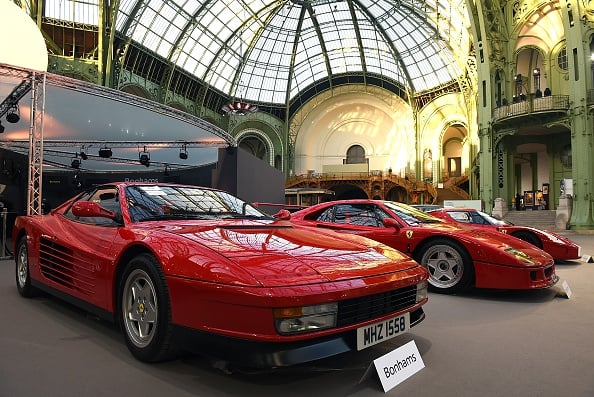