Andy Pettitte net worth and salary: Andy Pettitte is an American former professional baseball player who has a net worth of $75 million. Andrew Eugene Pettitte was born in Baton Rouge, Louisiana in June 1972. He pitched for his high school baseball team as well as playing football. Pettitte was drafted by the New York Yankees in the 22nd round of the 1990 Major League Baseball draft.

He played college baseball at junior college before being signed with the Yankees in 1991. Pettitte played for the Yankees from 1995 to 2003 before playing for the Houston Astros from 2004 to 2006. He rejoined the Yankees in 2007 where he played until he retired for good in 2013. He won five World Series championships in New York and was selected as an All-Star three times. He holds the record for all-time postseason wins with 19. In 2001 he won the 2001 American League Championship Series Most Valuable Player Award. He has admitted to using human growth hormone to help recover from an injury. He has the most strikeouts in Yankees history and is tied for most games started. Pettite was the winningest pitcher in baseball in the 2000s. He did not have a losing record in any of his 18 seasons and is the only MLB pitcher to achieve that honor. 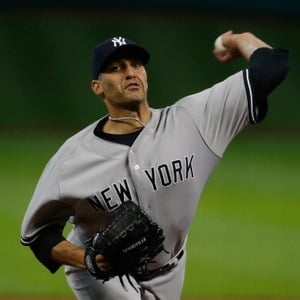