How much is Roger Clemens Worth?

Roger Clemens net worth and salary: Roger Clemens is a former American Major league Baseball pitcher who has a net worth of $60 million. During his time in Major League Baseball, Roger Clemens won seven Cy Young Awards, which is more than any other pitcher. During his 23 year pitching career he was a member on four different professional teams. He spent two seasons wearing a Toronto Blue Jays jersey and each year he won the pitching Triple Crown (leading the league in wins, ERA, and strikeouts) and a Cy Young Award. In 1999 he was traded to the New York Yankees, where he won his first World Series. By 2003 he reached his 300th win and 4,000th strikeout in the same game, he is one of only four pitchers to have more than 4,000 strikeouts in their entire career (the others are Nolan Ryan, Randy Johnson, and Steve Carlton). Clemens won his seventh Cy Young Award during his three season stint with the Houston Astros, then in 2007 he rejoined the Yankee squad. In 2003 according to the Mitchell Report Clemens allegedly used anabolic steroids during his late career, this was collaborated by the testimony of his former trainer, Brian McNamee. Clemens firmly denied these allegations under oath before Congress; the case was referred to the Justice Department on suspicions of perjury. Clemens was indicted on six felony counts involving perjury, false statements, and obstruction of Congress, on August 19, 2010. He pled not guilty on August 30, 2010, and the trail started on July 13, 2011, however a mistrial was declared on the second day of testimony due to prosecutorial misconduct.

Roger Clemens Salary
According to his last contract with the New York Yankees, Clemens earned a pro-rated $28 million per year.

He was born on August 4, 1962 in Dayton Ohio. He went to high school in Houston at Springs Woods High School. In high school he played baseball, football, and basketball. During his senior year he was scouted by the Philadelphia Phillies and the Minnesota Twins, but decided instead to go to college. He played college baseball at San Jacinto College North and at the University of Texas. In 1983 Clemens was drafted 19th overall by the Boston Red Sox and rose quickly through the minor leagues. He made his first major league appearance May 15, 1984. Roger has been married to Debra Lynn Godfrey since 1984 they have four sons: Koby Aaron, Kory Allen, Kacy Austin, and Kody Alec—all given "K" names to honor Clemens's strikeouts ("K's"). Roger son Koby was drafted at the age of 18, by the Astros as a third baseman and he signed his contract on July 14, 2005. 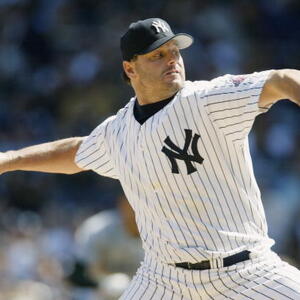