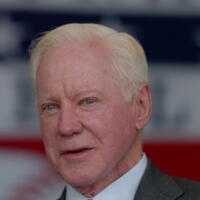 Whitey Ford net worth, salary and career earnings: Whitey Ford was an American former professional baseball player who had a net worth of $4 million at the time of his death. Whitey Ford died on October 8, 2020 at the age of 91. He is frequently referred to as the best pitcher in Yankee history. He spent his entire 16 year MLB career with the Yankees. During that career he won six World Series and was a 10-time All Star. He won 236 games, more than any other Yankee in history.

Whitey Ford was born in New York City, New York in October 1928. He was a pitcher who batted and threw left handed. Ford made his MLB debut for the New York Yankees in 1950 and played for the Yankees in 1950 and from 1953 to 1967. During his career he had a win-loss record of 236-106 with 1,956 strikeouts and an ERA of 2.75. Whitey Ford was a 10 time MLB All-Star and a six time World Series champion. He won the Cy Young Award and the World Series MVP in 1961. He was a three time American League wins leader and a two time MLB ERA leader. Ford had his #16 retired by the New York Yankees and was inducted into the National Baseball Hall of Fame in 1974.