Yogi Berra net worth: Yogi Berra was an American professional baseball player and manager who had a net worth of $5 million dollars. Yogi Berra was born in St. Louis, Missouri on May 12, 1925. After dropping out of school in the 8th grade, he began playing baseball in local American Legion teams. In 1942, both Yogi  and his childhood friend Joe Garagiola were offered minor league contracts by the St. Louis Cardinals. The only problem was that Joe's contract came with a $500 bonus while Yogi's came with a $250 bonus. Yogi felt slighted and turned the contract down. He was quickly picked up by the New York Yankees who offered to match the $500 bonus that Garagiola received from the Cardinals. Yogi played for the Norfolk Tars for a few years in the Development League before heading overseas to fight in WWII. After returning from the war, he played for the Newark Bears, until he was called up to the Major Leagues in 1946. He would go on to become one of the most successful players and managers in baseball history. He was an All-Star selection 18 times while with the New York Yankees (15 of those All-Star selections occurred in consecutive years). He also won 13 World Series Championships as a player and manager (10 as a player, 3 as a manager). He is one of only four players to be named an AL MVP three 5times, and his Yankees' number is retired. As a player, His peak salary was the $61,000 he received in 1961. That's the same as around $520,000 today after adjusting for inflation. Yogi Berra passed away on September 22, 2015 at the age of 90. 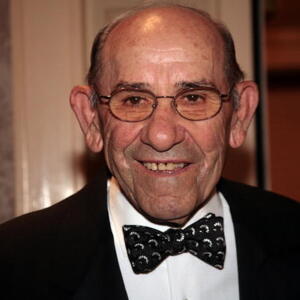