Gerrit Cole net worth, salary and contract: Gerrit Cole is an American professional baseball player who has a net worth of $50 million. Prior to signing a monster contract with the New York Yankees in December 2019, Gerrit had earned around $25 million during his time in the MLB. His 2019 contract is worth $324 million over nine seasons. That's the largest contract ever given to a pitcher as of this writing. He will earn an Average Annual Value of $36 million which sets an MLB record. It was the fourth-largest contract in MLB history.

Gerrit Cole was born in Newport Beach, California in September 1990. He is a starting pitcher who bats and throws right handed. Cole pitched for the UCLA Bruins and was drafted #1 overall by the Pittsburgh Pirates in the 2011 Major League Baseball draft. He had a an $8 million signing bonus and made his MLB debut for the Pirates in 2013. Cole pitched for the Pirates from 2013 to 2017 and for the Houston Astros from 2018 to 2019.

Contract: In 2019 he signed with the New York Yankees for $324 million. It is one of the largest contracts in sports history. 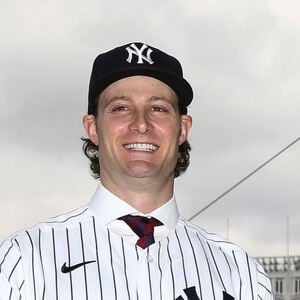