What is Chad Ochocinco Johnson's Net Worth and Career Earnings?

Chad Ochocinco Johnson is a former profession American football wide receiver and reality star who has a net worth of $15 million. He played eleven seasons in the National Football League (NFL) for the Cincinnati Bengals, New England Patriots, and the Miami Dolphins.

During his NFL career, Chad earned a little under $47 million from NFL salaries alone. During a 2013 court battle over child support, Chad listed his total assets as being worth $5 million. At that point he claimed to be losing around $45,000 each month to cover child support for his eight children, mortgages, food and car payments. At the time of the filing he claimed to be earning $3,000 per month, roughly $36,000 per year.

During a November 2021 appearances on the "Full Send" podcast, Chad claimed to be far richer than $5 million. He even went so far as to show that he kept $15 million in his bank account.

Chad Javon Johnson was born on January 9, 1978, in Miami, Florida. He graduated from Miami Beach Senior High School in 1997, and went on to attend Langston University, where he did not play football. Later, he transferred to Santa Monica College in California, where he played football. Finally, in 2000 he transferred to Oregon State University after being recruited by the OSU football coach Dennis Erickson.

Johnson began his professional football career in the National Football League in 2001, when the Cincinnati Bengals chose him in the second round of the draft with the 36th overall pick. He performed well in his early seasons, setting a Bengals franchise record in 2005 when he recorded 1,432 yards. However, his successes on the field were often overshadowed by what many considered his "diva-like" behavior. His propensity for bragging and his continual disregard for authority made problems for everyone. Though he was named to the Pro Bowl team six times, the Bengals eventually decided to let Johnson go for the health of their team in 2010.

In July 2011 he was hired by the New England Patriots in a trade with Cincinnati, but played for the team for less than a year before being let go. He was then signed by the Miami Dolphins in June 2012, but was released from his contract in August that same year after being arrested for domestic abuse against his reality star wife Evelyn Lozada.

In 2014 Johnson signed a two-year deal with the Montreal Alouettes of the Canadian Football League (CFL), however he only appeared in five regular season games during the 2014 season. After not attending the mandatory spring training camp, he spent the entire 2015 CFL season on suspension, and was not offered a new contract. His only appearance in a professional football game since then was in 2017, when the Monterrey Fundidores hired him for one game in the Liga de Futbol Americano Professional de Mexico. He caught three passes in the April 2 game, helping Monterrey defeat the Saltillo Dinos.

In honor of Hispanic Heritage Month, Johnson announced he would prefer to be referred to as "Ocho Cinco," which means "eight five" in Spanish. The name is a reference to his jersey number, 85. He legally changed his name to Chad Javon Ochocinco on August 29, 2008, and was allowed by the Cincinnati Bengals to have it on the back of his jersey. He kept the name "Johnson" on his jersey for the 2008 football season however, in order to fulfill his contractual obligations with Reebok. He thus debuted his new "Ochocinco" jersey in the 2009 season. He legally changed his last name back to Johnson in 2012.

Outside of the NFL, Johnson pursued a wide variety of projects. In 2010, he released the iPhone game "Mad Chad," which he co-designed with RockLive. That same year, he participated in season ten of the popular competition show "Dancing with the Stars," where he was paired with two-time champion Cheryl Burke. He made it to the final four competitors on the show before being eliminated. He also starred in his own reality television dating show on VH1, "Ochocinco: The Ultimate Catch." Additionally, he lent his voice and image to EA's 2006 video game "NFL Street 3," where he appeared on the game cover and also narrated tutorials alongside Clinton Portis and Byron Leftwich. 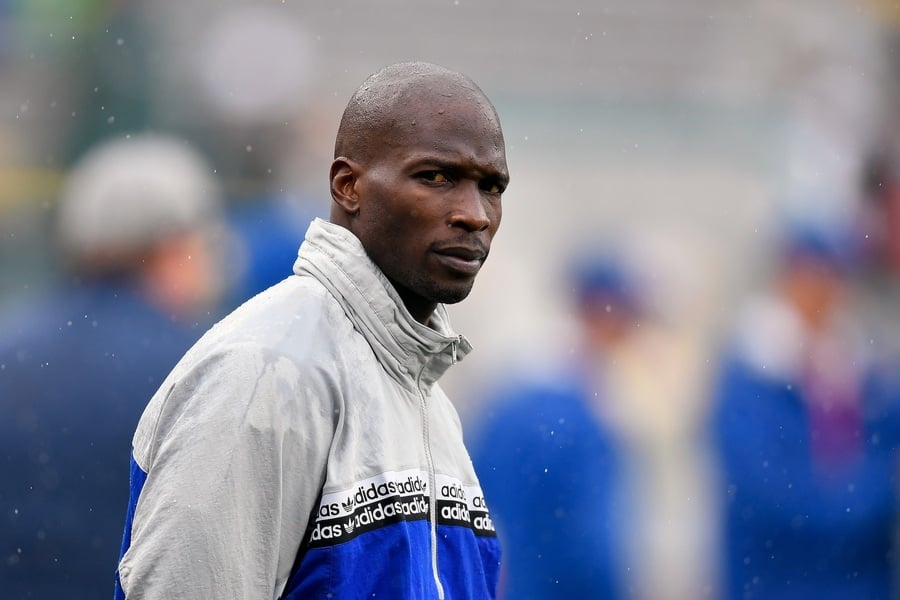 He began dating Evelyn Lozada in early 2010, and proposed to her that November. They married in July 2012. After Johnson was arrested on August 11, 2012, on a charge of domestic battery, he was released by the Miami Dolphins. Three days later Lozada filed for divorce, which was finalized in September 2012. He accepted a plea deal that gave him a year a probation, however a warrant was issued for his arrest in May 2013 for allegedly violating the terms of his probation. He turned himself in, and was sentenced to thirty days in jail, although he only served seven of those days and was released after apologizing to the court.

In November 2012, Johnson, made headlines when the mother of one of his children sued the out-of-work football player for failing to make child support payments. Johnson allegedly failed to make his court mandated payment of $5,250 for several months in a row.