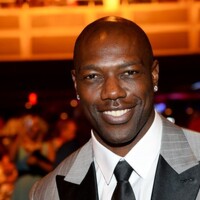 What is Terrell Owens' net worth, career earnings salary?

Terrell Owens is a retired professional football player who has a net worth of $500 thousand. Terrell Owens played in the NFL from 1996 to 2010, then briefly again in 2012. During his career Terrell earned $80 million between salary and endorsements. Unfortunately he has experienced some personal and financial difficulties in his years since leaving the league. While appearing before a court in 2011 to discuss financial obligations related to child support, Terrell claimed to be broke at that time with extremely high monthly expenses and no income.

Terrell Eldorado Owens was born on December 7, 1973, to L.C. Russell and Marilyn Heard in Alexander City, Alabama. He and his three older siblings were raised by his mother and grandmother. He loved watching football, but his grandmother would not give him permission to play until high school. Owens went to Benjamin Russell High School and participated in basketball, track, baseball, and eventually football in his junior year. He enrolled at the University of Tennessee in Chattanooga, where he continued to play basketball, football, and run track. In his sophomore year, he became a starter. He participated in the Senior Bowl his last year of high school in order to get drafted by the NFL.

In 1996, the San Francisco 49ers drafted Owens. His first pro game was against the New Orleans Saints. Owens' first professional touchdown was on October 20, 1996, against the Cincinnati Bengals. Owens had a record-breaking day in 2000 with 20 catches in a 17-0 win over the Chicago Bears. By 2004, Owens was ready to leave the 49ers. In a controversial move, he became a free agent and negotiated with other teams before he signed a contract for $49 million for seven years with the Philadelphia Eagles. He suffered a severely sprained ankle and fractured fibula on one of his first games with the team and had to sit out the rest of the season. However, Owens ignored the advice of his physicians and played in Super Bowl XXXIX, where the Eagles lost to the Patriots. After two years of a tense relationship with fellow teammates, coaching staff, and fans, the Eagles released Owens and he signed a 3-year, $25 million dollar deal with the Dallas Cowboys four days later, in March 2006. 2007 was a career high for Owens, setting records left and right and becoming the first player in NFL history with at least one touchdown and six receptions in seven straight games. 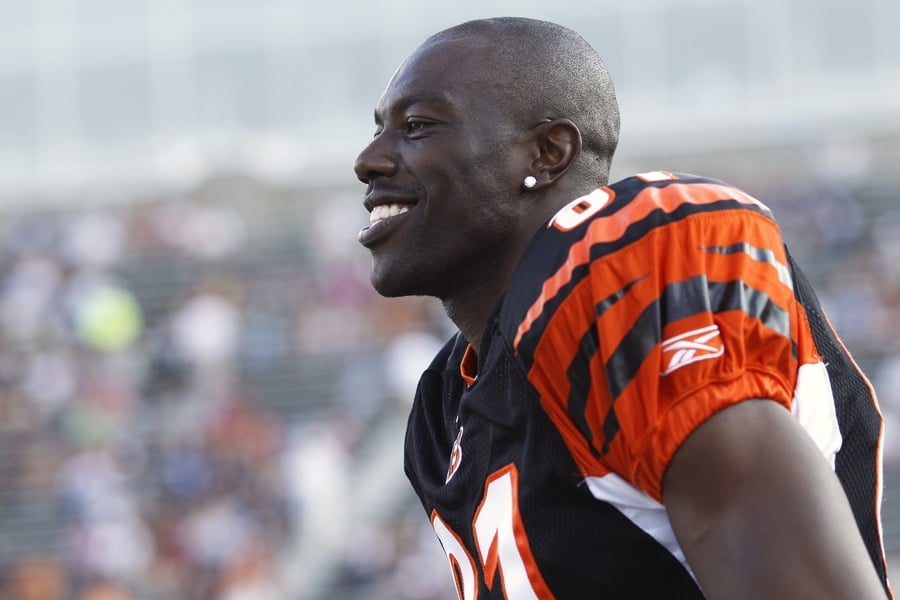 However, at the end of the year, on December 22, he suffered another debilitating ankle sprain that kept him out of the remainder of the regular season. In a move that Owens claims blindsided him, he was released from the Cowboys on March 4, 2009. Four days later, he was signed with the Buffalo Bills for a one-year contract. He finished his only season with the Bills with 55 catches and 5 receiving touchdowns. Owens went on to play another year with the Cincinnati Bengals, but they chose not to re-sign him for 2011. Owens signed a six-figure contract with the Allen Wrangles, an Indoor Football League. He played for them from January 18 to his release on May 29, 2012. The Wranglers stated Owens was released due to a lack of effort on and off the field. Owens signed a contract with the Seattle Seahawks on August 6, 2012, only to be released by August 26, 2012. Owens was inducted into the Football Hall of Fame in 2018.

During his NFL career Terrell earned a bit under $67 million in salary alone. He earned approximately $13 million on top of that from endorsements for total career earnings of $80 million. Unfortunately he has struggled financially since leaving the NFL, as we detail later in this article.

Terrell Owens was notorious for racking up controversy throughout his NFL career. He was mainly known for garnering criticism and attention for his overly-flamboyant celebrations upon scoring a touchdown. The teams he was part of were often given penalties and fined due to Owens' "excessive celebration".

A police report filed on September 26, 2006, seemed to confirm a suicide attempt by Owens. It was said that his publicist found him unresponsive next to an empty bottle of painkillers and was transported by ambulance to Baylor Medical Center. The police report confirmed that both Owens and his publicist claimed he was depressed, however, his publicist later refuted the report and said Owens had had an allergic reaction. At a news conference after he was released from the hospital, he denied having attempted suicide. The Dallas Police Department, after a dispute between the chief of police and Owens' publicist, closed the case and called it an accidental overdose.

Falcons cornerback DeAngelo Hall claimed Owens spat in his face after a play early in a game on December 16, 2006. Owens confirmed and apologized, but was fined $35,000 for the incident by the NFL.

Owens is the father of four children by four different mothers. He was sued in 2011 by Melanie Paige Smith III for failure to pay child support. Three out of four mothers appeared on the Dr. Phil show in 2012 to accuse Owens of not paying child support.

During his NFL career, Terrell Owens earned around $80 million in salary and endorsements. Unfortunately, by 2011 Terrell was completely broke, telling a judge that he had no monthly income and very expensive monthly obligations. At the time he was in court asking for reductions in four separate child support cases. In documents submitted to the judge, Terrell described how he is currently required to pay nearly $60,000 a month to four different women. He also pays $63,000 a month for all the homes that these women live in. Furthermore, his personal home in Georgia was in foreclosure which forced him to move into a girlfriend's apartment in Los Angeles.