What is Clinton Portis' net worth and career earnings?

Clinton Portis is a retired American football player who has a net worth of negative $5 million. Clinton Portis is most famous for his time playing for the Washington Redskins where he was a starting running back for seven seasons. Clinton Portis earned $43 million in salary during his time in the NFL. Unfortunately he has suffered various financial and legal problems in retirement.

Mississippi-born Portis started his football career at University of Miami, where he became the second freshman to start at running back. Portis set the school freshman record with five 100-yard performances. However his sophomore season wasn't as successful and he lost his job to a teammate named James Jackson. In 2001, Portis came fighting back and he led his team to winning a national championship. A year later Portis was picked up by Denver Broncos in the second round of 2002 NFL Draft. 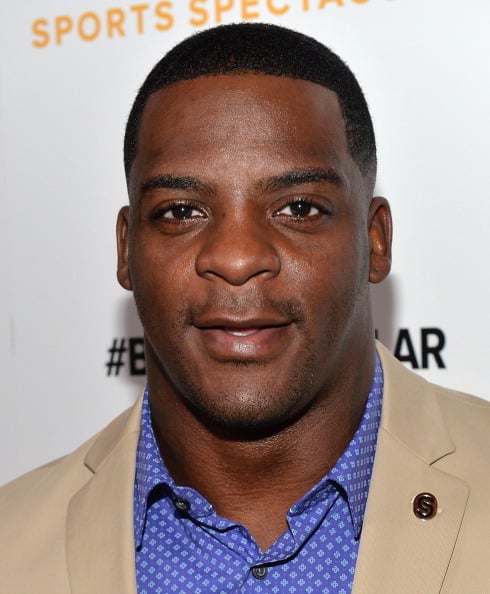 At the age of 22, Portis became the youngest player to have scored five touchdowns in a game. Before the 2004 season, Portis was traded to the Redskins, who offered him an eight-year contract worth $50.5 million. During the 2006 season, Portis raise eyebrows as he broke the Redskins' record for the most rushing yard in a season (with 1,516 yards), making him the third player in the league history to have run over 1,500 yards in three seasons. Furthermore, during the 2008 season, Portis (along with O.J. Simpson) became the only player in history to have rushed for at least 120 yards in five consecutive games. However this came to abrupt end when he succumb several injuries, which led to his departure from the Redskins in 2011.

When the injuries were all said and done, Clinton Portis ended up earning a total of $43.1 million in salary during his career in the NFL. Unfortunately, that money was completely wiped out through bad investments that were overseen by a financial advisor. Things got so bad, Portis would later explain, that he contemplated murdering his former advisors who squandered his millions. To be fair, Portis admits that some portion of his fortune was lost due to a bad gambling habit and general recklessness.

For some reason, he owed Entertainment Tonight correspondent and former sideline reporter, Nischelle Turner, half a million dollars, and he has even listed his mother as one of his creditors (he also owes her $500,000).

In December 2019, the US Department of Justice indicted Clinton and several other former NFL players on charges of stealing money from the league's healthcare program. Portis and the other players allegedly submitted fake claims to the plan to be reimbursed money. They were allegedly reimbursed for pricey and unnecessary items like hyperbaric oxygen chambers and ultrasound machines.

In August 2021 a court in Florida ordered Clinton's arrest for failure to pay his monthly $1,937 child support obligation. He reportedly owed $147,000 with interest on his child support.