There is a popular mode of Christianity known as "prosperity theology," the idea behind which is that despite Jesus' well-known proclivity for the poor and needy, He actually wants his followers to amass as much material wealth as they possibly can. That appears to be the school of thought embraced by John Michael Haskew, a Florida man who told authorities that it was Jesus Christ who told him to try to steal $7 BILLION in fraudulent wire transfers.

WFTV 9 reports that Haskew somehow set up the transfers at "a large, nationally renowned financial institution," in December, and it only took a couple days for investigators to come around, probably because the transfers totaled such an outrageously huge amount (if Jesus had really wanted him to be rich, He probably would have advised stealing a much smaller figure). According to the "heavily redacted" criminal complaint, Haskew's rationale for committing the crime went like this: 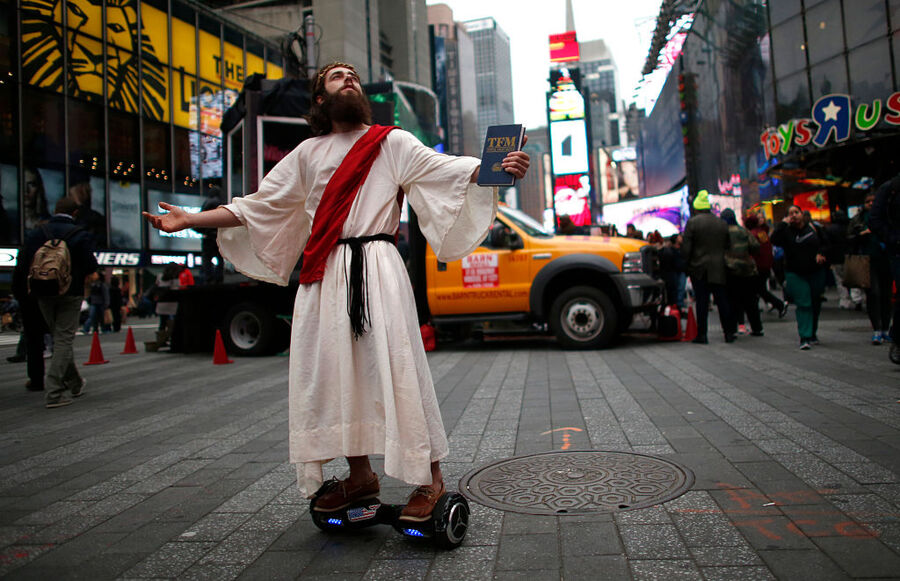 Haskew plead guilty to the fraudulent wire transfers, which he also said he figured out how to make through extensive experimentation, which may or may not have been divinely inspired. He hasn't been sentenced yet, but he could be facing up to five years in prison and a $250,000 fine – clearly, he should have gone into televangelism instead.